The Oberlin Review • May 2, 2020 • https://oberlinreview.org/21002/news/freshour-wins-democratic-primary-for-4th-congressional-district/ 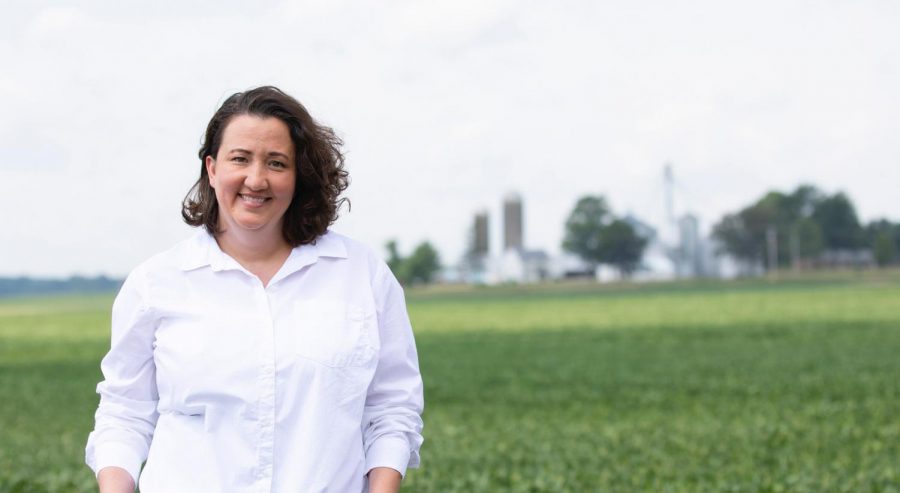 Shannon Freshour, who won the Democratic Primary for Ohio's Fourth Congressional District. She will run against Republican Representative Jim Jordan in the fall.

Shannon Freshour was announced as the winner of the Ohio Democratic Primary on Tuesday after securing 47 percent of the vote. She will move on to face Representative Jim Jordan in the November general election for the Ohio 4th Congressional District seat. Jordan is the founder of the House Freedom Caucus, a group of conservative House of Representatives members.

Shannon ran against candidates Jeffrey Sites and Mike Larsen, who earned 29 percent and 23 percent of the vote, respectively. The results came after an extensive early voting period as well as a delayed election. The election was initially slated for March 17, but Director of Health for the Ohio Department of Health Amy Acton delayed voting just hours before Election Day because of the COVID-19 pandemic. A week later, the Ohio General Assembly voted to set the new deadline to vote on April 28 and commissioned the use of mail-in ballots.

Shannon will face Republican incumbent Jim Jordan, Libertarian Steve Perkins, and independent candidate Chris Gibbs in November. Ohio’s 4th Congressional District is notoriously gerrymandered, which has posed a challenge for Democratic candidates running for the seat. Democrat and Oberlin resident Janet Garrett has unsuccessfully run against Jordan as the Democratic nominee in the last three elections. Some Democrats hope that the presence of third-party candidates in the race this year will have the potential to take votes from Jordan, giving Freshour a greater chance of winning.

Freshour was pleased with the results from last Tuesday and is ready to face Jordan in the general election.

“I am excited, I’m honored — it’s starting to sink in now,” Freshour said. “I’ve had a little time to digest it and absorb it, and I’m truly honored that people have trusted me in their quest to defeat Jordan. I’m also very excited that we had a good primary. Mike and Jeff have already committed to helping us defeat Jordan.”

Reflecting on the race, the other candidates expressed disappointment but also an intent to support Freshour in the general election.

“When Shannon and I first debated last July in Logan County, we agreed that we would support each other,” Sites said. “I’ll certainly spread the word about it.”

Larsen also said that he would do his best to support the Freshour campaign, and he has urged his supporters to do the same. Larsen said that despite the loss, the campaign was worth it.

“I knew I was an underdog,” Larsen said. “But you hope. But I got into the race late, and I didn’t raise as much money, so we kind of knew it was going to be an uphill fight. I enjoyed the experience. I’m glad I ran. I got to meet a lot of new people, and I got to say my piece.”

Jordan has represented Ohio’s 4th District since 2007 and has gained a national profile for his conservative views. Freshour acknowledges that since Jordan is such a controversial figure, many liberals across the United States are keeping an eye on this race, but says her potential constituents are her primary focus.

“I respect the responsibility, but I also know that my first priority is to make sure that the people of the 4th District are represented, and that’s what they’ve not been,” she said. “The people around the country, they see how Jordan behaves. They see the things that he does — the shows and the tantrums and the performance art that he does … but they don’t see how he doesn’t actually do constituent services, that he is not willing to step up and be the responsible leader for our community.”

COVID-19 has impacted the way that the candidates campaigned this spring and created complications for the primary election. Although Sites says he doesn’t think the delay in voting affected his campaign, the pandemic did impact his ability to meet with voters and hold a debate closer to Election Day. Larsen also faced obstacles and said that the coronavirus forced his campaign to be more creative. He believes that this will prove to be one of Freshour’s biggest challenges moving forward.

“Candidates have to find new ways to reach people,” Larsen said. “The incumbents already have the upper hand, but if the challengers are having trouble meeting people, that’s really gonna make it lopsided.”

The delayed election date also sparked some controversy. Freshour was disappointed with the way the state handled the change because it created confusion for voters. Ohio Secretary of State Frank LaRose initially told voters that the election would occur on June 2, and many of the voters who spoke with the Freshour campaign were not aware that the deadline was only extended to April 28. Across Ohio, voter turnout was down from the 2016 primary, and many voters never received their absentee ballots in the mail.

Freshour emphasizes the need to do better in the November general election.

“I think that we need to make sure that Ohio and every state has a robust mail-in strategy,” Freshour said. “We need to have that planned out early. I would hope that they can do in-person voting because it’s a wonderful experience, especially for first-time voters. There is something magical about going to the polls with your community … and being able to participate like that in the process. But only if it’s safe.”

State leaders are still working on contingency strategies for the November general election.