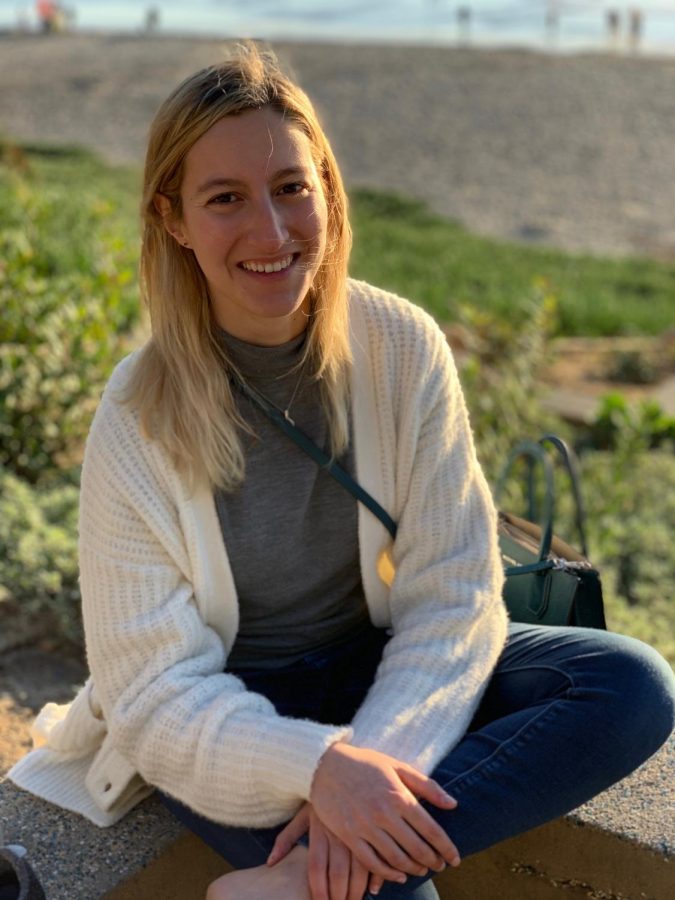 College fourth-year Devyn Malouf, a Psychology major, has served as The Oberlin Review’s production manager since 2019’s Commencement & Reunion Weekend. Malouf first began working as a production editor for the Review in the spring of 2018 and has seen the paper go through many changes. Production editors are responsible for copy editing and fact-checking contents, and as production manager it was her job to keep this process running smoothly. Malouf spoke with College third-year Ivy Fernandez Smith, who will take over the role next year, about her last two years on staff.

What would surprise people about working in production?

That’s a really great question. A lot of people, when they think of style, really just think about making sure that everything is factually accurate and that all the commas are in the right place — and for me, it’s like the debate between whether or not to include parentheses in a paper. I think people would be surprised at how much of a role production has in the actual editing process as well, and the type of conversations that we have in production — how to preserve writer’s voice but also keep making sure that our paper is very representative of the community at Oberlin, [how to make] sure that … we’re being very sensitive about the language that we use. That’s a big part of what production does in a lot of the conversations that we have about like, “Oh, can we print this this way?” Or, “They’re not saying that this thing is really bad, but [the way this is coming off] could be very offensive.” So trying to navigate that is a big part of what we do.

And I think it’s very important to the integrity of a paper, because we don’t just want to be the paper that crosses our T’s and dots our I’s, but we also want to make sure that we’re coming at it from a point of view that is reflective of our values as a community and as a paper. It’s a conversation that’s constantly evolving and that we are constantly trying to bring new voices into. It’s a really interesting form of activism, I think, that I was very fortunate to be a part of — and I think people would be surprised that that’s the intention behind a lot of what we do in production.

What was most important to you as the production manager? And how did you approach that role in the office?

So, I came from two very different production managers over the time that I was a production editor at the Review. My first production manager was Victoria Albacete [OC ’18], who was incredible and very bubbly and outgoing and was really great at building community because she was very extroverted in that way. And then Giselle Glaspie [OC ’19] was a bit quieter and a bit more laid-back in her approach — she would make sure that everyone was okay, but she stepped in when she needed to.

So I think I kind of wanted a balance … I wanted to be more extroverted, and make it a really welcoming community … [where people would feel] really embraced by not just production, but section as well. [I wanted people to be] happy to be in the office and do their work and take their work seriously, but also have a lot of fun — because the work was going to be better if people cared about it. You want to get people invested in the community. That was one of my main goals: to have people who were invested and passionate and would do really good work and would take it seriously, but also [who] did it because they loved it, not because they just saw it as something to check off on their resumé.

My goal as production manager was to facilitate that and to create a community where I felt like people could come to me and felt comfortable asking questions, [and] also felt really welcomed and supported. That was something that I worked on consistently throughout the semester, just by checking in with folks and trying to organize different game nights and brunches and extracurricular activities or gatherings at my house to make people feel like they were friends both inside and outside of the office — while also having to put my foot down in certain places and glare at people if they weren’t doing their work and things like that.

It was all about finding a balance, and honestly I couldn’t have asked for a better group to do that in. The production staff that we had this year in my senior year was by far the most exciting and wonderful and efficient and passionate group that I’ve ever worked with. I think I got really lucky with the group that I had, but I also just had a really great time being production manager.

How has the production process changed over your time at the Review?

I started in spring of 2018, and back then we [used] paper [for the editing process]. … The amount of paper that we [would] use was just astronomical — we probably killed a small forest in the Amazon with all the paper that we used.

So then following that in my junior year, we went completely paperless, which was really incredible. Everything’s on Google Docs. And not only did it save a bunch of paper, but it made the process so much more efficient because you can have two people [reading a piece] at the exact same time.

Could you talk about the shift to a remote production process?

That was definitely a challenge. It was really important for me to get people invested in the work. I do think that the people who worked remotely in production did feel strongly about the importance of continuing to publish throughout the time that we were away from campus, to continue to be the paper of record for not only the College but also the town of Oberlin and truly document this period — because looking back, it’s going to be a really interesting part of our history of the world. I think that the people who stayed on really understood that and had a lot of passion and a lot of drive to do that well. But also it is an unprecedented time, and people have very different reactions and very different stressors. So there wasn’t as quick of a turnaround as there would have been if we were in the office, obviously, because there’s more accountability when you’re in person and you also have that in-person support that I think is really important.

If I would have done anything differently, it probably would have been to really make community a bigger part of this experience in terms of having more Zoom hangouts and things like that — which I’m personally disappointed that I didn’t do, but I also have to kind of give myself slack for what I was experiencing at the time as well. I obviously think that there was room to improve, but I think overall production really rallied and did an amazing job, and we still put out really great pieces throughout the last two months. It was a challenge, but I do think, like I said, that The Oberlin Review staff … was very adaptable and really cares. I couldn’t have asked for anything more.

Do you have any favorite production stories?

There were constantly dart games going on in the office and a lot of ducking. It’s so hard to pinpoint one [memory], because I think of my experience at the Review as one long string of really late nights and people getting a bit delirious — and a couple of Domino’s nights where we would order into the office if things were getting late. And people saying stupid s**t and writing it on the wall. It’s just [such] a long string of memories that I feel like I won’t take one away from because it was such a well-rounded experience.

I know things are very up in the air right now, but do you have any ideas of where you’re going next or what your future holds?

Goodness. It’s interesting because it sounds kind of cheesy, but I feel like I’ve learned so much about myself through working in production. I feel like production has taught me to be very detail-oriented, to be very decisive about my point of view — my values and what I care about and what I think is important in terms of storytelling and sharing — but also in [thinking about] the types of communities that I want to be a part of and the types of communities that I’m going to seek out in my post-grad life.

I know that I’m going to be looking for a balance of analytical and objective work, but also work that I think is doing good for a lot of people. I do think that the Review has kind of helped shape those goals. For me right now, I’m thinking law school. I do think that’ll provide that marriage between being very analytical but also [being] something that I can invest a lot of drive and passionate into — which were skills that I honed in a lot at the Review — as well as being very community-oriented and collaborative, which has been a huge part of the production experience for me, at least. But that could change. I really don’t know. But I do think that no matter what I do, I’m going to look for the type of community that I found at the Review because it was so collaborative and exciting and wild and fun, and I really hope to take that with me moving forward.

Do you have any final thoughts?

I’m just excited for you to take on this role and hopefully have as much fun as I did. I’m excited to see how the Review changes over time and how it evolves, and I just can’t wait to see what you do with this. I think you’re going to do an amazing job, and I think you’ll have a lot of fun.