Sports: A Year In “Review” 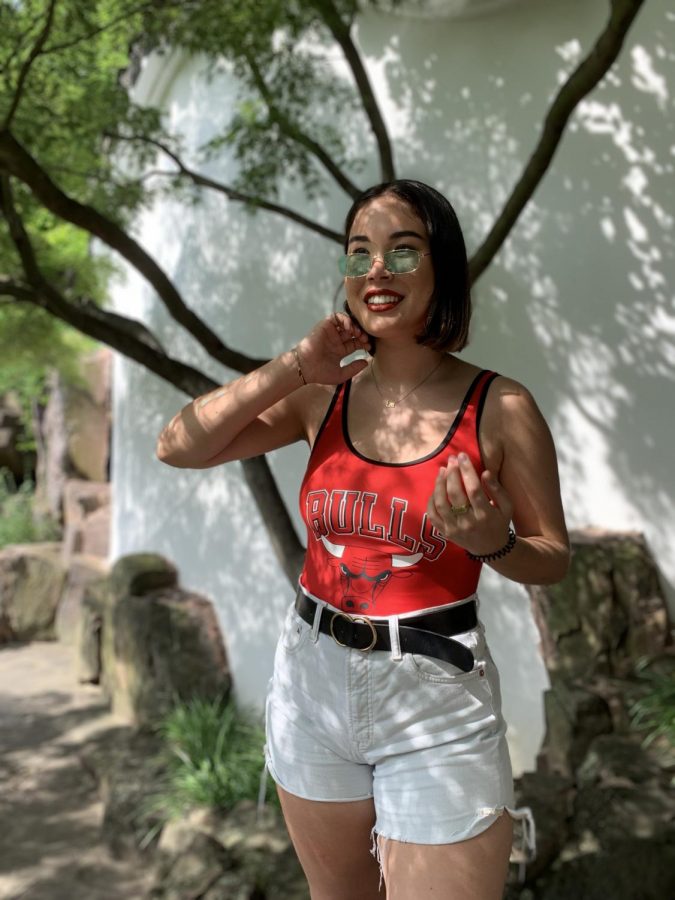 Editor’s note: This article appears as part of a series where the Review’s graduating editors reflect on how their sections have evolved, the biggest stories of the year, and their time at the paper as a whole. The rest of this series can be found here.

The Review’s Sports section has seen a lot of change in College fourth-year Jane Agler’s time as writer and editor. The coverage has shifted from competition recaps to articles that center student perspectives — exploring the stories beyond the games. Next fall Agler will pursue her Master of Science in Journalism at Northwestern University. She is graduating from Oberlin College with a degree in Creative Writing and Hispanic Studies.

Agler spoke about her time as editor, and how she has seen the Sports section evolve.

“Our goal was that we would desert game recaps because those were really accessible already on GoYeo,” she explained. “We had dabbled in columns before. We realized that in order to become a section that could be taken seriously, and gather readership and also show the bridge between sports and the real world, we decided to revamp the section with more magazine-journalism type pieces.”

Agler attributes the evolution of the Sports section to the team that she has worked with over the past two years.

“I’d say this is the year when we really were able to establish [magazine-style journalism pieces] through the addition of [fellow Sports Editors College second-year Zoë Martin del Campo and College third-year Khalid McCalla] — who are great writers and really strong in that field — but also through [former Sports Editor and College fourth-year Alexis Dill], who really set the precedent that you could make a Sports piece resonate with people regardless of whether they played the sport,” Agler continued. “Part of it is because [Alexis was] so good at crafting narrative within the room that she’s given for her pieces.”

This year, the section addressed a lot of issues surrounding identity and sports.

“We decided that we would focus more on social justice issues and gender gaps and things … [at Oberlin] and beyond the campus,” Agler said. “I think that we see this a lot with the Arts section, for example, where art is very personal — it’s very subjective, and I think that we forget that sports are like that too. Sports also foster a dialogue that can be really open and political and concern a lot of different identities and different types of people.”

Agler also spoke to her experience writing about identity.

“There are two types of sportswriters,” she said. “There are those that stay apolitical, and then there are others who acknowledge that sports are filled with all kinds of cultural fantasies and they are often forced to take a stance. The reason I chose that path instead of the former is because I didn’t have a choice. There aren’t a lot of Asian female sports journalists. There aren’t a lot of female sports journalists by itself, and even fewer who are Asian. I can’t think of a single Asian female sportswriter who is renowned. Part of me realized that rather than thinking being a woman and Asian-American would hinder me, I [could use] it as leverage to talk about things other people probably couldn’t speak on like race or gender.”

Agler reflected on a story she wrote in her second year, (“Shohei Ohtani Defies Asian-Athlete Stereotypes in MLB Debut,” April 6, 2018), about Ohtani’s entrance to baseball.

“When I wrote a piece about Shohei Ohtani my sophomore year, I wrote about what it meant to me as an Asian American — how he was supposed to be an incredible baseball player, period,” Agler said. “It got thousands upon thousands of views. The comment section was hideous. It’s still there. People were arguing with me about what it meant to be Asian. People said some really racist things. …  I learned two things from that experience: I should take all of that in stride and use it to build my voice; and the second is that people actually think of sports as a religion. I do too, but it reminded me that people would defend their honor and beliefs like they would with their political beliefs.”

While Agler covered traditional sports, she also investigated less mainstream athletics. Following Jennifer Lopez’s performance in Hustlers and after pole dancing recently provisionally recognized as a sport by the Global Association of International Sports Federations, Agler and her fellow Sports editors were inspired to try it for themselves and report on their experience: “The Review’s Sports Editors Went Pole Dancing, and It Was Difficult,” Nov. 22, 2019.

“I think everybody in recent years — since pole dancing became a fitness thing — everyone [has] wanted to try it,” Agler said. “Also, at that point during the year, our section had been doing a lot of the same things, and the thing about the Sports section is that we actually can cover a lot of different things as opposed to the other sections.”

When asked about her favorite aspect of working at the Review, Agler noted the camaraderie she felt amongst her co-workers.

“My favorite part of it was feeling a lot of solidarity with [Zoë and Khalid] ,” Agler said. “I think that College is kind of funny because you cultivate these really close friendships with people, but you don’t know what they would look like in the real world. But being able to step out of that space and hang out with [Zoë and Khalid], that was definitely my favorite part.”