Opinions: A Year In “Review” 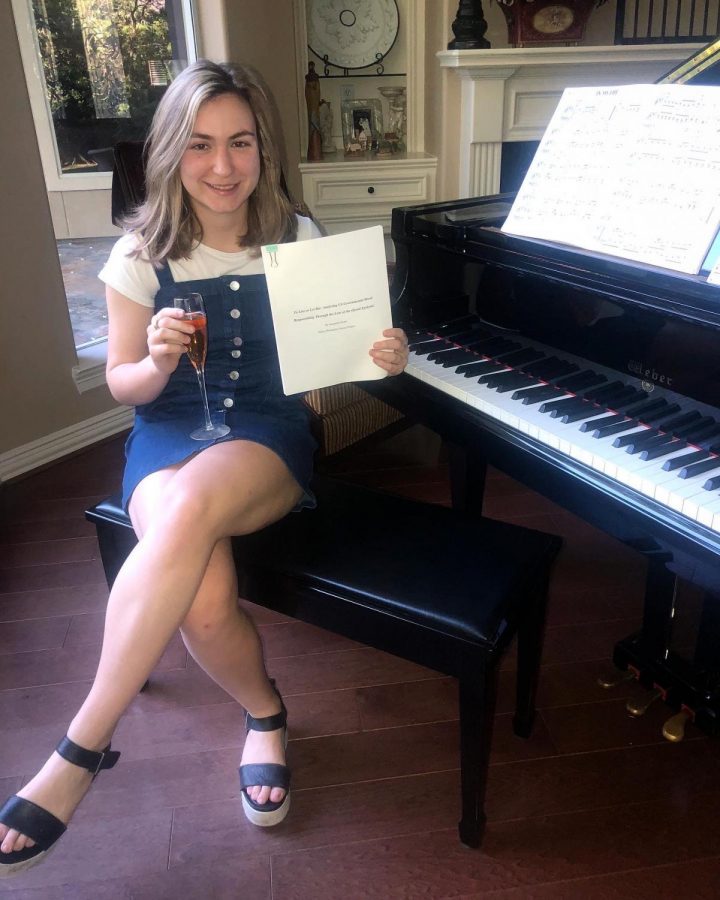 Editor’s note: This article appears as part of a series in which the Review’s graduating editors reflect on how their sections have evolved, the biggest stories of the year, and their time at the paper as a whole. The rest of this series can be found here.

This has been a major year for Oberlin and Ohio. National and local elections, the outcome of the Gibson’s case, the implementation of One Oberlin, the College’s plan to outsource 108 United Auto Worker jobs, and the spread of COVID-19 have all had significant impacts on the Oberlin campus and community. These developments have all been discussed in The Oberlin Review’s Opinions section.

In her tenure as Opinions editor, College fourth-year and Philosophy major Jackie Brant has tried to root her coverage in the particular value of an Oberlin perspective.

“I think that [an Oberlin focus] distinguishes us from other student publications and other national [and] international publications because we have to ask ourselves, ‘Why would somebody read our paper over, say, The New York Times or some other Ohio publication?’” she said. “And what distinguishes us is our perspective as Oberlin students, as Ohio residents, and the different identities that are involved with that.”

Brant wrote extensively about the opioid crisis in Ohio over her time at the Review. This semester, she wrote a piece calling for greater accountability on the part of large corporations such as Johnson & Johnson for their complicity in addictions endemic to the nation (“Big Pharma Lawsuits Won’t Sufficiently Address Opioid Crisis,” Sept. 6, 2019.)

“I wrote numerous times over my four years at Oberlin about prescription opioids, then the heroin epidemic and then fentanyl, and the different drug policies that Ohio politicians were trying to pass,” she said. “I ended up incorporating that into my Philosophy honors thesis, and actually citing those sources as my previous research. … In that way, my honors thesis kind of felt like a complete reflection of everything that I had been doing at Oberlin, with The Oberlin Review and [the] Philosophy [department].”

This year, the Opinions section also published stories that reflected on Oberlin’s history, including Editor-in-Chief Nathan Carpenter’s column, which won the Friends of the Oberlin College Library Excellence in Research Award. Brant’s personal favorite in his series was “Oberlin in Late ’60s, Early ’70s Leaves Lessons for Today,” Nov. 8, 2019.

“That one had to do with Earth Day and anti-war protests in the ’70s and how that really shaped the future mission of Oberlin, and how we can still see that history reflected in the student activism today, especially with the climate strikes that happened this year,” Brant said. “Reading stuff like this helps people reconnect with why we came to Oberlin, even during times of difficulty, like this year.”

In light of the challenging events of this year, Brant explained that her favorite editorials were the uplifting ones. The Review’s weekly editorials are written in collaboration with the Review’s Editors-in-Chief and the Managing Editor.

“The [article, “In Face of Adversity, Obies Keep On Keepin’ On,” Sept. 9, 2019] and one of the UAW editorials, [“Pro-UAW Activism Shows Best of Obies,” Feb 28, 2020,] were both positive commentary about Oberlin student activism,” Brant said. “I really liked those just because it has been such a hard year and it does seem like Oberlin students have been taking hit after hit. Just to keep reminding ourselves that we are doing a lot of really positive things even though it doesn’t necessarily feel like things are positive right now, but we’re going to overcome everything that happened this year.”

Due to the major events like the Gibson’s lawsuit, the One Oberlin report, and UAW, this has also been a big year for Letters to the Editor. Brant said that she received many submissions from community members and engaged alumni.

Brant spoke about the community connections she was able to make through the Review, particularly with Emeritus Professor of Africana Studies Booker Peek, who has been a consistent contributor to the Review.

“He clearly loves submitting things to the Review, which I love,” Brant said. “I think that having that connection [with] such a notable professor from Oberlin history … is very meaningful and very cool. … And he always signs his letters ‘celebrate this day,’ which I think is really cute.”

Brant started writing for the Opinions section in her first year at Oberlin and became an Editor as a second-year. In her time at the Review, she feels that she has learned a lot.

“It’s been one of my most meaningful activities that I’ve done on campus and I got such a great community from it,” Brant said. “It really helps my awareness of Ohio politics and the importance of perspective in the Oberlin community. It taught me how important it is to really try to see everyone’s side on things, and think about how your identity links to how you view things. I don’t think I would have gained that insight without being the Opinions Editor. … That perspective has been really important to me in my development as an Oberlin student and as a person overall.”