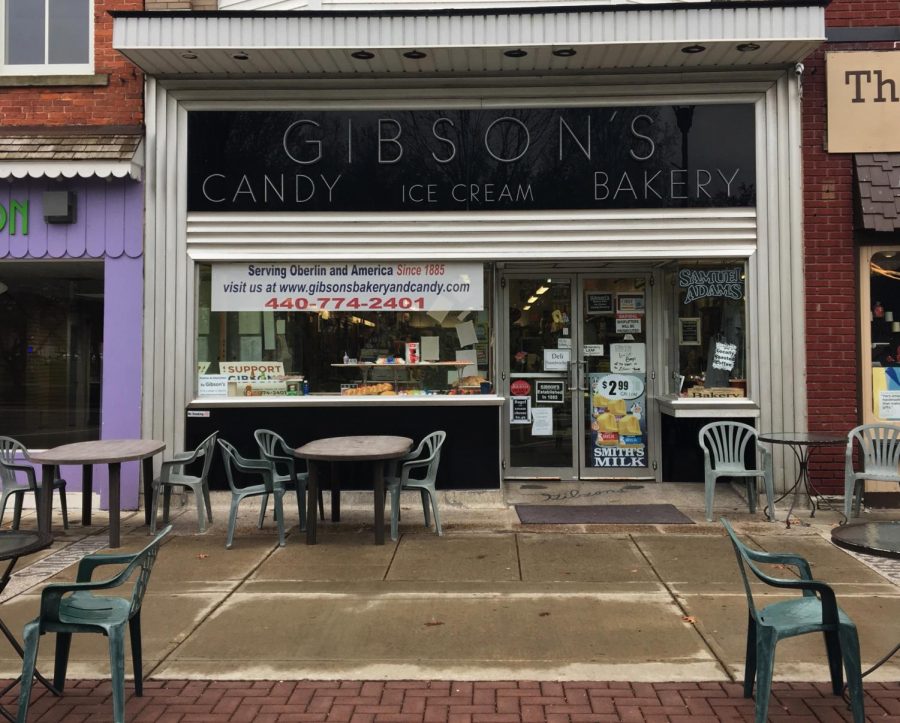 Last Friday, the College filed to appeal the $25 million verdict that Gibson’s Bakery won in their case against Oberlin College and Vice President and Dean of Students Meredith Raimondo. A jury found the College guilty of libel last June and initially awarded the Gibsons $44 million in damages, later capped at $25 million due to state laws. The Gibsons argued that the College supported students in protesting and boycotting the bakery following accusations of racism in 2016.

On Monday, the Gibsons also filed their own, separate cross-appeal asking the court to restore the original $33 million punitive judgment. They argue that the state cap should not be applied in this case and maintain that the punitive damages were consistent with the College’s malicious conduct and the size of its financial assets. This reduction, they argue, does not adequately punish the College or sufficiently deter future misconduct.

Oberlin’s appeal includes three primary arguments. First, they maintain that students were practicing their freedom of speech protected under the First Amendment, and that the students’ protest documents were statements of opinion protected by the Ohio Constitution. Second, they state that the College was barred from presenting critical evidence that left the jury with an incomplete perspective, ensuring the Gibsons’ success. Finally, the College argues that the court misapplied Ohio damages caps, and that the Gibsons were awarded damages based on speculative evidence.

“This Court should reverse and direct the entry of judgment for Oberlin on all claims,” the College wrote in a public statement on June 5.

In the original lawsuit, the Gibsons accused the College of aiding and abetting student protestors by distributing libelous statements. The College allowed students to print flyers on school computers and printers, and allowed a Student Senate resolution for a Gibson’s Bakery boycott to be displayed in Wilder Hall. Additionally, Raimondo gave a student flyer to a local journalist, and some testified that they observed Raimondo passing out flyers in front of the store, although the College and Raimondo dispute this.

In its appeal, the College argues that the case should not have gone before a jury at all because protest speech is protected under the First Amendment. The College claims that students’ documents were statements of opinion, not facts, which are protected under the Ohio constitution and cannot be considered libel.

The College also maintains that it did not publish the student flyer or resolution and that it cannot be held responsible for any injury inflicted on the Gibsons. “A mere distributor of a defamatory writing authored by someone else is not liable unless the distributor knew … of the writing’s falsity when she delivered it,” the College’s brief read.

The College also argues that it was prevented from showing all relevant information to the jury. Oberlin was barred from presenting community members’ accounts regarding previous experiences of racial discrimination at Gibson’s Bakery that College administrators had heard, which were considered to be hearsay by the court. The College argues that these accounts are important because they show what administrators believed to be true at the time of the protests, contradicting the Gibsons’ accusation that the College knowingly spread misinformation.

“Oberlin College and Dean Raimondo actively defamed and directed the defamation of the Gibsons despite knowledge that the defamatory statements were false,” the Gibsons’ brief read.

The College claims that it had no knowledge that the student documents contained any falsities and that it wasn’t able to properly defend itself without presenting community accounts as evidence. In contrast, the Gibsons were permitted to bring community members of color to testify that the Gibsons did not have a history of racism or racial profiling.

In its appeal, the College argues that, because the Gibsons did not claim to suffer physical injury or time off work, the $11 million compensatory award was too high. The College also maintains that the Gibsons were not entitled to be compensated for legally protected activity — namely, free speech in the students’ flyers and resolution.

In the initial suit, the Gibsons stated that their financial injuries stemmed from a “hostile environment” created by the protests, which they claimed would damage the business for 30 years. In its appeal, the College claims that the damages were based on speculation, and that the Gibsons received an inappropriately high compensatory award.

Oberlin also argues that the punitive damages should be lowered to reflect the capped compensatory damages, which were reduced to $5 million in accordance with statutory law.

Friend of the Court Briefs

In addition to Oberlin’s appeal, some organizations have filed amicus curiae briefs. Also known as ‘friend of the court’ briefs, these serve to give people and organizations that hold a strong interest in the case a chance to share their perspective with the court in hopes of swaying the decision. Several organizations have filed an amicus brief because they feel that the outcome of the initial case sets a concerning precedent for protected speech.

The National Association for the Advancement of Colored People; the National Coalition Against Censorship, alongside other civil liberties organizations; and a group of 29 first amendment scholars have submitted amicus briefs arguing in favor of Oberlin. Additionally, the Reporters Committee for Freedom of the Press, the Freedom to Read Foundation, the American Booksellers Association, and 19 other media organizations have filed a joint amicus brief in favor of the College.

In their cross-appeal brief, the Gibsons argue that the court should restore the original $33 million punitive award. Due to a state law capping awards in tort lawsuits, the punitive damages were reduced to $20 million.

The Gibsons’ cross-appeal argues that the original punitive damages awarded were less than 3 percent of the College’s full assets. They argue that this must be taken into account because “the jury learned that Oberlin College is a billion-dollar institution with power and money to bully anyone in the Oberlin community.” Given these circumstances, they believe that mechanically applying the punitive caps is not appropriate for this case.

The Gibsons also argue that the application of the cap violated their constitutional right to a trial by jury — since the jury decided that the $33 million punitive award was consistent with the College’s malicious conduct, the Gibsons believe they should receive that full amount.

Judges will review the case and decide if it should go to trial at the Ninth District Court of Appeals. They may hear oral arguments at the end of the briefing process before issuing their ruling. The Gibsons and the College will have the opportunity to file responses to each other’s briefs over the next month.

The College denied requests for additional comment. The Gibsons’ legal representatives did not respond to requests for comment.