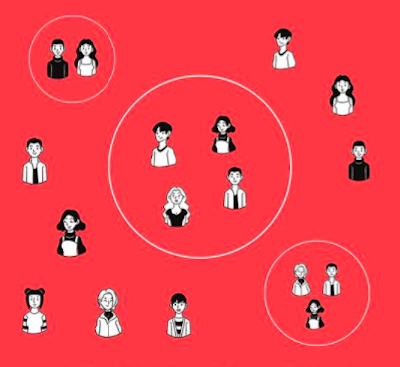 Senate’s ObieReal campaign gives guidance on student life during COVID-19, including the formation of pods.

A new Student Senate campaign, ObieReal, aims to help students living on campus reduce the spread of COVID-19. Earlier this summer, the College introduced the ObieSafe program, which outlines regulations for limiting the spread of COVID-19 among Oberlin students, staff, and faculty. Recognizing that students may not always adhere to the ObieSafe agreements, Senate created ObieReal to offer guidance in areas of student life that the College cannot address.

Student Senate will post public health information and recommendations on its social media approximately twice a week, as well as in its weekly emails. Its first two groups of posts examine alcohol and social gatherings and the formation of “pods” — small groups of people who choose to interact with one another without safety precautions inside a contained social bubble. Several other future topics have been announced, including safer sex practices, safer drug use, and mental wellness during a pandemic. Senate is also discussing community reporting and policing as an area in which to create platforms for productive discourse.

“The College can’t talk about how to safely smoke marijuana during COVID,” Foggle said. “They can’t have the kind of conversations we want to have. The truth is, students are going to hook up. Students are going to smoke weed. Students are going to party in their own way. They’re going to drink. And so what we can do as student leaders is create the campaign and compile the information in one place, so students know how to do it safely to minimize the risk as much as possible.”

For the most part, the College has supported Senate’s ObieReal campaign. Although ObieReal is an independent project run by Senate, senators and administrators have been in communication about the campaign several times as it has developed.

One initial point of contention was Senate’s decision to include recommendations on forming pods, despite the College’s clear instructions telling students not to do so.

“We’ve had really honest talks about some of the things that I disagree with,” said Vice President and Dean of Students Meredith Raimondo. “The College’s position — and I wrote a piece about this for ObieSafe — is that pods are not acceptable and create too high a risk. Senate felt really strongly that they wanted to offer advice about how to do pods safely. So we had some very frank conversations about that, and I feel really satisfied with the result, which is that Senate said, ‘Look, here’s College policy, and we’re not telling you to violate College policy, but if you want to know how to do this in a safer, healthier way, here are some tips.’”

While the College and Student Senate have not always been in lockstep, they have found common ground. The College and Senate coordinated their release of the official statement forbidding the formation of pods and the ObieReal pod recommendations, with the understanding that ObieReal and ObieSafe are not mutually exclusive.

Raimondo has praised Senate’s display of leadership and initiative in developing ObieReal.

“Telling people only what not to do is not a strategy for long-term behavior change; you have to give people options,” said Raimondo. “So I love that Senate is trying to think about, ‘How do you have a college social life that reduces the risk of COVID transmission as much as possible?’ I think that is critical. I’m just delighted that they’re doing that work. I may not always agree with all of the specific recommendations, but the responsibility of leadership that Senate has taken in this I think is really commendable.”

ObieReal is still being updated and refined, and after the upcoming Senate elections, senators will be able to devise a more concrete plan for the future of the campaign. ObieReal may go beyond providing recommendations and include avenues for student feedback, encouraging critical conversations, and implementing more diverse programming. Some initial ideas include a raffle for socially distanced blind-dates and collaborations with other campus groups such as the Peer Advising Leaders program.

“ObieReal is the supplemental information to help guide students to minimize their risk when engaging in certain activities, but should an outbreak occur, [then stick to] ObieSafe,” said Foggle. “You have to be wearing a mask at all times. You should not be socializing without six to ten feet of distance without masks. We just have to follow these guidelines, because in times of crisis, you have to think about the most vulnerable people. That is how you should work around the issue — ‘Let’s look at the vulnerable.’ And the most vulnerable in the situation are high-risk students and high-risk faculty and community members.”

In creating ObieReal, Senate hopes to offer some relief and hope for students, while also reminding the College community of the importance of compassion and cooperation.

“If we’re going to be successful here this year, we’re going to have to be really intentional, and that means that we’re going to have to have really difficult conversations,” Hicks said. “Obviously none of us knows how to do this. None of us on campus knows how to be a college student during a pandemic — this is something that we’re all facing. Student Senate is also learning as we’re moving along. But I think that the point of ObieReal is for all of us to learn together, to take our time, and to be really careful and considerate as we’re learning and as we’re growing.”