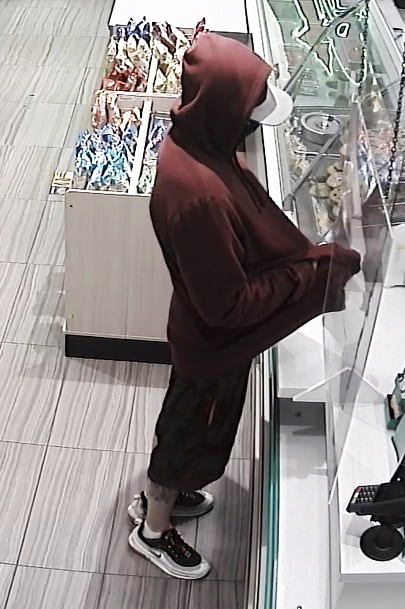 A man stole roughly $40 from the downtown Oberlin Subway last Wednesday night. Police took 25-year-old suspect Jonathan Hughes into custody within 48 hours of the incident. He is currently being held at the Lorain County Jail on a $50,000 bond for aggravated robbery — a first-degree felony.

Subway employee Emma Kim was on shift the night of the robbery and explained that the man indicated he was carrying a gun.

“He had his hands in the pockets of his hoodie and made it seem like he had a weapon on him, and was pointing it toward my coworker, who was at the register,” Kim said.

Since the incident, no weapon has been found, and it appears as though the suspect was unarmed.

“[My co-worker] asked me what to do,” Kim said. “I told her just to give him the money. He asked for about $40. While she was giving him the money, he was saying like, ‘f**k this. I’m homeless, I have to do what I have to do,’ things like that. He took the money and left. … He obviously has a lot of problems going on, and I hope that he can get the help that he needs.”

Once the suspect left the scene, Kim and her co-worker locked down the restaurant before calling the police and their manager. In a Facebook post the following day, The Oberlin Police Department asked for community assistance in identifying the suspect from security images.

“The suspect was identified in large part to public response to our Facebook post,” Lieutenant Michael McCloskey wrote in an email to the Review.

Hughes was arrested in Avon at around 10:26 a.m. last Friday without incident by the Oberlin and Avon Police Departments.

“I think it’s really great how the community bonded together to look for this person and to provide support,” Kim said. “We’ve had many customers come in and ask about the robbery and make sure that everyone was okay. I think it really showed the unity and strength of the community.”