After Bon Appétit’s Negligence, AVI Fresh Off to a Promising Start with South Asian Cuisine 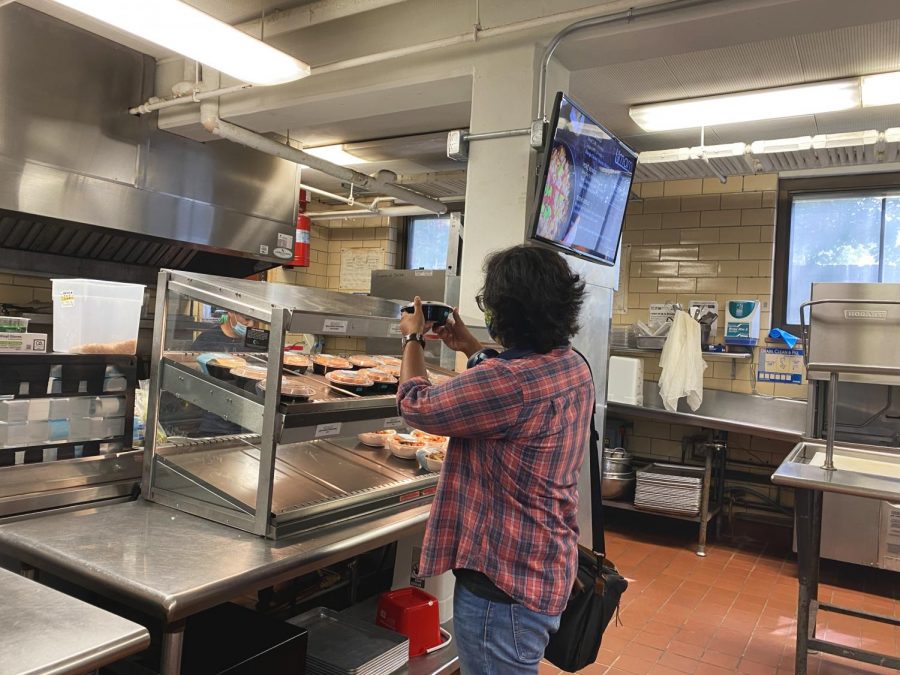 AVI Fresh has opened a variety of new dining locations including Umami at Fairchild, which specializes in East Asian food.

After a year of college life in the U.S., making do with Bon Appétit’s occasional and mortifying excuse for Indian food, it was a breath of fresh air to walk into Stevie and find a genuinely tasty preparation of cauliflower and potatoes, with a side of chickpea curry (gobhi aloo ki sabzi and chole). AVI Fresh has swooped in to redeem my impression of college dining options.

The problem with Bon Appétit was never simply the lack of “good Indian food.” I do understand that the manner in which food is prepared is influenced by who prepares it and for whom it is cooked, and I have tried to be open to different possibilities and preferences to that end. Yet there is a difference between making “bad food” and purposefully misrepresenting the culture of the food in question. Food represents comfort and family, and is a symbol in itself of community, history, and tradition.

Bon Appétit was not simply unable to properly represent various culture’s foods; they were actively negligent. A few years ago, students from the South Asian Students Association shared recipes with Stevie staff, and there ensued a two-week period when Stevie served enjoyable Indian food that these students could proudly recommend to others. Bon Appétit’s short-lived success stands testament to the fact that they were capable of preparing quality food, but chose to use recipes to the exact opposite effect.

Evidence of Bon Appétit’s poor choice of recipes presented itself last year, when the dining hall put mirin, a slightly sweet Japanese rice wine, in butter chicken — a dish that was invented in the late 1940s in New Delhi. Each type of Asian cuisine is distinct from others, a reality that is a natural consequence of the readily available spices and resources in a geographical space. To use a spice designed for a specific flavor profile indigenous to a particular part of Asia as an ingredient in a dish with an entirely different traditional value — and to call it Butter Chicken — is a generalization of Asian identity and tantamount to cultural appropriation and erasure.

This isn’t a question of adjusting how spicy a dish is to better cater to American palettes, which is understandable. Rather, this is a situation where the composition of the dish itself is wildly different to the point where it can no longer be considered the same dish. Preparing food that is unrecognizable to the cultures it belongs to is a form of appropriation — referring to the food as Indian, when it is little more than a purposefully ignorant mimicry of Indian food, is a deliberate misrepresentation of reality.

“[Students felt] that Bon Appétit, the food service management company contracted by Oberlin College, has a history of blurring the line between culinary diversity and cultural appropriation by modifying the recipes without respect for certain Asian countries’ cuisines,” Tran wrote in the article. “This uninformed representation of cultural dishes has been noted by a multitude of students, many of [whom] have expressed concern over the gross manipulation of traditional recipes.”

The article made valid points, and clearly the concerns expressed by Tran still exist on campus. National media outlets caught wind of the article at the time and spun the piece as a testament to “the excesses of Oberlin-student activism.” A 2019 article in the Chronicle of Higher Education by Vimal Patel titled “Colleges Are Losing Control of Their Story. The Banh-Mi Affair at Oberlin Shows How” discusses how this incident was used to illustrate the privilege that liberal arts students enjoy, but that critics ignored the issue of respectful representation. The fact is that cultural appropriation is a form of racial discrimination, and now more than ever, we cannot ignore the harm that causes.

Any American catering service choosing to serve international foods must be aware of the power they have in controlling a cultural narrative, particularly for audiences who have limited access or exposure to international foods. While international students are naturally aware of how food represents elements of their tradition –– from historic relevance to cultural symbolism –– the same isn’t necessarily true for domestic students, and labelling food in a particular manner assumes control over how they may perceive a culture. As a result, students are at risk of forming generalizations and misplaced biases against a culture that is already disadvantaged.

Not only does a dining services vendor have a responsibility to serve quality food that is respectful of the cultures and identities of a diverse student body, but as an academic institution, dining is also intrinsically involved in our everyday learning. The processes of appropriation, purposeful misrepresentation, and erasure certainly do not befit a fair and accurate learning space. AVI Fresh must now navigate a space already marred by a history of bad experiences, and actively avoid these pitfalls as it establishes itself in Oberlin.

Thus far, AVI Fresh is actively making an effort to produce culturally diverse foods that actually taste good. And while I cannot speak to the authenticity of the dishes served at Umami, Clarity, and DeCafé, I can say I have thoroughly enjoyed the food I have eaten, and am excited by their Indian options as well. Yet a good start does not ensure long-term success, and AVI needs to be consistent in its quality if it intends to continue its multicultural dining options. This isn’t just about my dining experience anymore. This is about my culture, traditions, and how people view the world I come from.