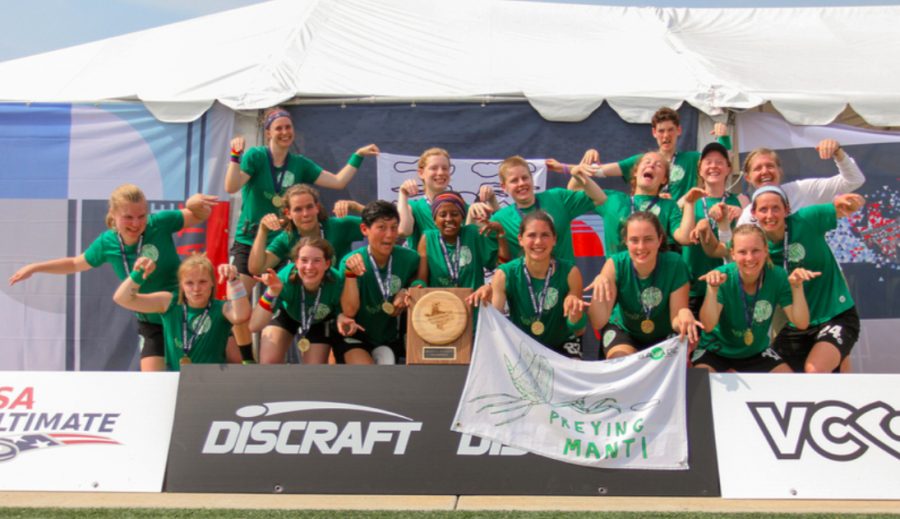 While many of Oberlin’s varsity teams began new COVID-safe practices during the first week of classes, club sports have struggled to create new routines. Oberlin is now five weeks into classes, but many club sports have yet to begin practicing as a result of pandemic-related challenges. Club sports requiring person-to-person contact, as well as those that practice off-campus, have been cancelled.

“There are some club sports whose activities were deemed to be too high risk to operate in our current campus predicament,” Assistant Men’s Soccer Coach David Wilson wrote in an email to the Review. “All activities, especially those without a lot of oversight have had to proceed with caution.”

College third-year Brandon Lopez Toro, a rugby team captain and a member of the club soccer and bowling teams has seen how his teams have adjusted. Since they are technically not allowed to play, the rugby team is considering scheduling workouts at Philips gym instead of their typical practices.

“Maybe we’d be able to set up kind of a rugby workout guide,” Toro said. “[Something about] how to prepare for rugby once we start practicing. It just really sucks that we won’t be able to actually play or practice.”

While club bowling and soccer have not been officially cancelled for the semester, no formal practices have been held so far. The soccer team is currently brainstorming ideas to stay connected, with some members proposing to meet up in small groups and pass around a ball. They also plan to have Zoom team dinners.

The bowling team is gathering data on how many of their members are on campus so that the team can plan out when to practice and how many lanes to reserve. In addition to limiting the number of people bowling, the team will have to sanitize any shared gear.

“If people are going to use the lane balls, they’re going to have to follow extra rules or take extra steps when using them, like cleaning them after every roll or after every practice, but also probably keeping track of the ball that you use and not accidentally taking somebody else’s,” Toro said.

The Preying Manti, Oberlin’s women and trans ultimate Frisbee team, has pivoted the team’s focus to anti-racism efforts. Over the summer, the Preying Manti formed groups of three to four team members to meet remotely, discussing racial justice and anti-racism. Prior to meetings, team members often did readings to inform their discussions.

“In-person gatherings can be kind of scary right now, just because of the nature of the virus and how it circles,” said Havi Carrillo-Klein, College third-year and a member of the Preying Manti. “I think the positive part is that we can really deeply focus on our team connections and our team’s commitment to anti-racism. And there’s just a lot more room to spend quality time thinking about how we can improve as a team in that realm, which I think is a huge positive of not having practice slots.”

The club fencing team officers began meeting over Zoom in mid-August to plan for the fall semester. Their main goals included figuring out how to safely distribute gear to fencers — the majority of whom have no gear of their own — how to sanitize electrical equipment without damaging it, and how to restructure practices to fit the College’s COVID-19 guidelines. According to College second-year and fencing team social media manager Illuin Darlington-Bai, the process has not been easy.

“I feel like varsity has probably gotten a lot more direction … than we have,” Darlington-Bai said. “We’ve pretty much had to do all the research, all that sort of stuff, on our own. We’ve had to come up with procedures to keep everyone safe on our own, reach out to our coach who isn’t allowed to work with us because he’s not part of the school, … reach out to fencing manufacturers on the best way to keep the gear clean..”

This work is complicated by the fact that the majority of the fencing officers are spending the fall semester off campus. The Student Union has asked that club sports designate a safety coordinator and submit a safety plan and student roster to get approval to practice.

Despite a slow start, the College finally seems to be in a position to allow for the gradual return of club sports.

“Guidance for club sports … has been a collaboration with the student union, athletics, specifically the sports medicine staff, with consultation from University Hospitals and using the best practices from the CDC and local health departments,” Wilson said. “An email for a return to activity was shared with club sports through their liaisons who were registered with the student union last week.”

Wilson realizes the unfortunate position club sports has been in this semester, but sees the return to activity as an example of the College’s successful response to the ongoing pandemic.

“[Club sports] hadn’t started previously because most things that aren’t regarded as essential that don’t have a lot of oversight have had to proceed with caution,” Wilson said. “Our success as a campus so far means we can slowly expand what we can do safely with our safety protocols within our established bubble.”