We Keep Yeoing: The Curious Case of the Virtual 5K 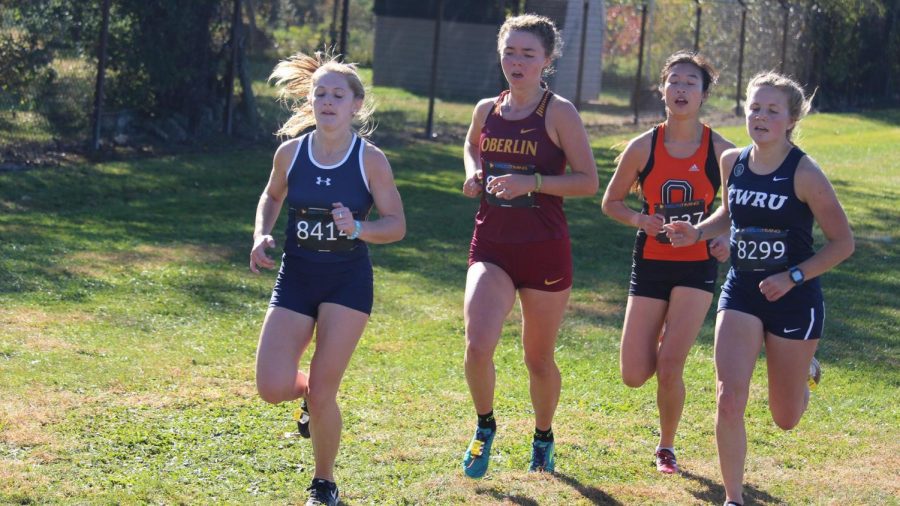 In the shadow of Cleveland, Ohio, tucked away in the cornfields, lies a small town and one of the nation’s premier academic institutions, Oberlin College. But you already knew that. What you didn’t know was that the cross country and track and field teams at this small liberal arts college refused to let a pandemic stop them. Like many, they saw their plans for 2020 crumble before their eyes. But instead of wallowing, they started working. Working out, working on themselves, but above all else, working together, the Yeomen and Yeowomen have put together something special in the midst of chaos. Together, they are managing to do what is seemingly impossible in the time of COVID-19: find normalcy. This is “We Keep Yeoing: Chapter Two.”

Even though fall athletics competitions were canceled back in June due to the pandemic, the cross country team has found an unconventional, COVID-safe way to continue to compete. On Saturday, Sept. 26, the cross country team participated in its first virtual race of the season — a 5K. The teams competed against Carleton College, Moravian College, Mount Holyoke College, Texas Lutheran University, Wilmington College, Penn State Berks, Schreiner University, and Marietta College. Coaches here at Oberlin were able to collate the times and score the event like an in-person cross country meet.

“We hosted a Zoom with coaches from all over the country back in August and set the schedule for the fall,” Appenheimer said. “We’ll have some kind of race scheduled just about every week until we leave before Thanksgiving.”

Even though a lot went into the planning for this event, no one was quite sure how it would turn out. At least, that was the case until Assistant Track and Field Coach Ben Wach stepped up and figured out the nuts and bolts.

“Each participating team has a results submission Google sheet shared with them, and they put their results in that sheet,” Wach said. “From there, [each] team’s results get compiled into one Excel sheet that I have formatted to do cross country style scoring. It was a little tricky to figure out, but the Excel SUMIFS function covers most of the work. Once I have the results, I share them back out to all the coaches on another Google sheet.”

The virtual race went off without a hitch, primarily thanks to Wach and his hard work, a fact that doesn’t elude his fellow coaches.

“The virtual 5K went great,” Associate Head Cross Country Coach Izzy Alexander said. “From a logistical standpoint things went smoothly. Coach Ben Wach really deserves all the credit for collecting the times and tabulating everything. The smooth logistics are a credit to his hard work.”

While the race worked well from a logistical standpoint, the cross country team struggled to get back into competition shape.

“It was about what we expected given it was their first race in six months,” Appenheimer said. “Understandably, we had accumulated a lot of rust. The times, for the most part, weren’t great, but the energy and enthusiasm was awesome. Our training has gone up several levels since the race.”

Coaches and athletes alike both felt like the day was bigger than the times posted and, as a result, was a resounding success.

“The athletes brought really good energy and excitement to the day,” Alexander said. “It was a beautiful morning; we played music over the sound system. It was the first day since the start of the school year that the team as a whole had been able to cheer for each other, [so] it felt like one of the pieces that had been missing during this time had been found.”

“It was a really fun environment because there was music and people cheering you on from afar,” Crook said. “Unfortunately, I haven’t been able to race yet because I’m coming back from injury, but hopefully soon. The rest of the team has been doing awesome.”

This past week’s event was just the beginning. In upcoming weeks, the competitions will expand to include more teams — 27 women’s teams and 25 men’s teams — and more events, including 800- and 1500-meter races as well as a 3K and a 10K.

Unfortunately, the virtual races are still considered unofficial, and all times and any potential records will not be counted by the College or the North Coast Athletic Conference. Still, the team and coaching staff are thrilled to be able to compete at all.

“[They’re] going to be fun,” Wach said. “With the start of more technical training for the sprints and jumps, our [virtual races] are going to be able to resemble the actual events more closely, and that’s always an exciting part of training.”

While the cross country season has, to some extent, been salvaged, the track and field season is still very much up in the air. Appenheimer knows that the next few months will be crucial in determining the viability of a spring season.

“There has been a lot of planning within the conference in case we are allowed to compete, but these decisions are out of our hands,” Appenheimer said. “We’re hopeful that people across Ohio and throughout the nation wear their masks, keep their distance, and act with the kind of responsibility and seriousness this moment demands.”

With uncertainty abounding in regards to the possibility of a track and field season, some athletes have found it hard to stay motivated. Still, the team and the sport have been a consistent grounding force.

“Many days every part of me just wants to stay in my bed and say, ‘Forget my Zoom class today,’” College third-year and track and field athlete Malaika Djungu-Sungu said. “But then I remember that this degree is not [going to] get itself, so I get up. [Sometimes track] sounds like a lot, but the movement keeps me alive.”

Djungu-Sungu, one of the few third-year athletes on campus, has had to deal with some isolation.

“One downside [to workouts] is that on most days I have to practice by myself because of my schedule, so I don’t get to see the rest of my [team],” Djungu-Sungu said. “But when we all are together, it’s always a good time. Even though we can’t have the usual environment of the entire gang being around, when we’re at practice, the energy is always great. We’ve built this bond in just a few weeks.”

Others involved with the teams have noticed the importance of that close-knit culture and, as a result, teams have been able to continue finding new ways to interact with one another besides their usual Zoom meetings. To help keep the team engaged, the team captains have organized a pen pal system, a Pokémon tournament, and a large portion of the team has begun playing the online game Among Us. More impressively, the team has managed to continue some long standing traditions.

“This coming weekend, people on the team will carve pumpkins, and we’ll also provide apples bought from a local orchard,” Alexander said. “The past few years, the team has carved pumpkins together, and it’s nice that even when a lot of things are different this year, this is a tradition that we can carry on.”

One of the most important traditions on the cross country and track and field teams — winning — has been delayed as a result of the pandemic, but Wach believes that the team will grow from this experience and that the tradition of winning will carry on, too.

“We’re always thinking long term,” Wach said. “We’re planning around being ready to set new bests and break records [whenever] competition arises. Based on how well training is going right now, whenever [those] opportunities start up, we will have a very competitive team.”

The Review will continue to follow the track and field and cross country teams as the semester progresses. Stay tuned for the next installment of “We Keep Yeoing” for a glimpse into the inner workings of the athletic community in this bold and unprecedented time…