Off the Cuff with Dave Covell: A Public Health Perspective on Oberlin’s COVID Response 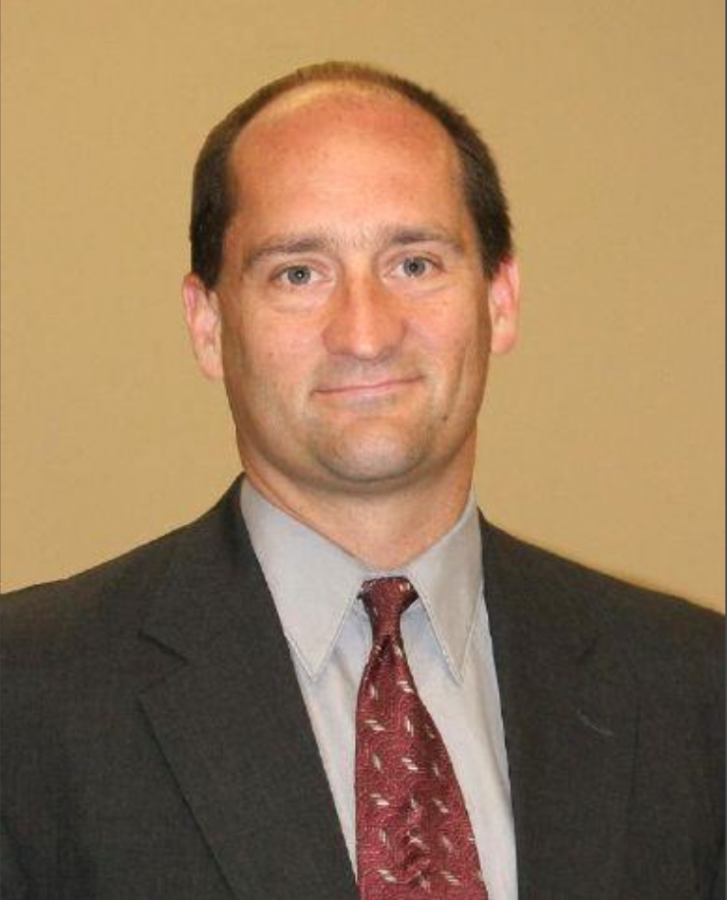 Courtesy of the Chronicle

As Health Commissioner for Lorain County Public Health, Dave Covell works closely with Ohio’s Department of Health and Governor Mike DeWine to control and mitigate the effects of the COVID-19 pandemic in Oberlin, Lorain, Elyria, Avon, and the rest of Lorain County. Covell worked closely with the College to develop a layered health strategy and is in constant communication with the College’s health team. He oversees Lorain County’s efforts on contact tracing, epidemiology, and distributing information to the public about how to protect themselves and their community.

This conversation has been edited for length and clarity.

There’s a lot of conversation at Oberlin about community accountability and what it means to bring in all these College students from around the world into a small community. We’re half a semester in now — how’s Oberlin doing from a public health perspective?

It’s important to remember that since the very beginning — since the end of January of this year — we have been in lockstep with Oberlin College. You had some students that were coming back from Wuhan, China, at the time, so even before this hit for the rest of Lorain County, it was already being worked on with us and Oberlin College behind the scenes. We’ve been working through the spring, when things were closed down, to working with Oberlin very closely on the plan to reopen.

We always had worries, but we did know that if you design it right, it can work. Businesses had come back, and they designed it so that it wouldn’t spread in their business, and it was working pretty well at the time. Those same models are what the College was putting together. So I was pretty confident they had a really rock-solid plan, and they’ve been implementing that plan and it’s been going very well. In general, they just followed some really good guidelines and really clamped down to make sure that you could bring kids back, but bring them back safely. They did a great job.

As you know, in Oberlin we had three consecutive weeks where there were zero cases, and then suddenly last Tuesday we had six cases. From a public health perspective, how are you interpreting those six cases?

You’re going to have some statistical anomalies. So when something like this happens, the question is: Can we trace it to a particular situation? Was it the dining hall? Was it a particular dorm? Something it could be really attributed to. With these particular six cases, we haven’t gotten to a point where we said, ‘Oh, no, this is clearly the source.’ So I wouldn’t say that I’m concerned that the virus is now all of a sudden spreading or something like that. There doesn’t seem to be any evidence of that at this point.

Students have been pretty good about wearing masks and standing six feet apart and washing hands and that kind of stuff that we’ve been talking about for such a long time. Let’s just say that Oberlin students behave a little better than maybe some other universities that we’ve dealt with around Ohio. So I applaud the College and the students. They’ve said, ‘Hey, listen, we want to stay in school, we don’t want to get into a bad situation, so let’s follow the rules and we’ll stop the spread.’

I know that there has been a rise in cases not just in Lorain County but in the whole state. When you look at those numbers what do you attribute the rise to?

Well, it’s a combination of two things. One of them we understand, the other is an unknown. The more known thing is that we see most of our spread going on in casual settings. As opposed to bars and restaurants or schools where we know people are actually paying attention to the rules and wearing a mask and standing six feet apart, unfortunately when they get home and they’re hanging out with their friends, that’s when their masks come off. They’re being casual. We have family parties where three families that live in three different homes all come to one home. There’s some relaxation when it’s a family member. You think, ‘They’re my cousin, they don’t live with me, but it must be safe.’ Well, it’s not safe. It doesn’t matter if you’re blood relatives, it matters where you live.

The other part is this wave piece — honestly, there’s not a lot of knowledge about why it comes in waves. We had a wave in July, a lot of that was frankly college students that were just saying, ‘I’ve had enough. I’m home for the summer and I’m going to go have fun’ — so we had a whole bunch of 20-somethings [spreading COVID-19]. But in terms of this wave, there hasn’t really been a really good connector there. To some extent, it has been associated with families, it has been associated with these social events. And as it’s gotten colder, people are moving inside. But frankly, this has been going on for almost four weeks now, and it hasn’t been that cold for four weeks. So the answer is some of it is known, but some of it is not.

I’m curious if there are specific public health circumstances that would make you concerned about the idea of students coming back in January?

I am a little concerned around Thanksgiving and Christmas; kids may be going back to wherever they live, and there’s some concern there. But the only way that we would suggest that the College doesn’t reopen is if we all of a sudden started seeing it spread at the College. And right now we just haven’t seen it. As students follow the rules and teachers follow the rules, it’s actually worked out great. It just hasn’t spread.

So far Oberlin is doing pretty well, but are you ever concerned that the College is going to have this outsized impact on either the town community or Lorain County overall?

Well, there’s no such thing as a bubble. Oberlin College is a little isolated, but you still go out to the stores in the community. So I’m always concerned about that to some extent, but as long as people are following the rules, if they are staying 6 feet apart, wearing a mask when they’re out in a public setting, then I’m not worried. But that could turn into people just having had enough. Then it could spread not just among the College students, but it could spread to the community or vice versa. We can’t stop the virus, but we can keep it moving slowly, so we don’t overwhelm our hospitals until the vaccine gets here. And that’s the key.

Do you have a thought on when the vaccine is going to get here?

Sure! So here’s the scoop. At the end of this month, the effectiveness trials of a couple of vaccines are over. So that’s an important part. Then they’ll be looking closer at the safety components of the vaccines — that goes into November. The Food and Drug Administration has a team now that is starting to review all this data associated with safety and effectiveness and that kind of thing. All that’s going to be tabulated and probably sometime in December a couple of the vaccines are going to be ready to go.

Now, the question is, how quickly do they produce them? I think in the next few months, we’re going to find out which of these vaccines make sense, which are effective and safe, and when they come out, the initial production will go to high-risk folks first, obviously. And then after that, when they’re produced in bulk, then we’ll begin to vaccinate the mass population.

I know Dr. Fauci and others have said it could take all the way to the end of [2021] — I think that’s a pretty conservative estimate. I think very likely that, come the springtime and summer, we’ll have vaccinated everyone that needs to be. I would say over the holidays, you’ll hear about specific vaccines … and they’ll have a timeline.

College students, along with basically anyone in their twenties and all the way through forties — are probably in the same boat where symptoms are usually mild. So yes, that would probably be the last group. Although there is some strategy around vaccinating everybody else and having them surround older adults so that older adults can’t get it, but that’s probably unlikely.

Are you worried at all about willingness to be vaccinated? I know that’s a nationwide conversation, but is that a Lorain County problem?

There’s no data for this vaccine specifically, but our vaccination rate among children in our elementary schools is 97 percent. That’s a high number. But what does that look like for COVID-19? I really don’t know.

There’s lots of bad information out there. It’s important to remember that they’re not going to let a vaccine out that’s not safe. But will we have folks who just say ‘I just can’t do it, I won’t do it.’? Yeah, that’ll happen. That happened with H1N1; it’s happened with others. I think it’ll be really important for us to give good, honest messaging around the vaccine, and that that’s really why it needs to get away from the political scene and into the public health area. Hopefully, when the election all goes away, instead of talking about Operation Warp Speed and things like that, we’ll talk about how effective the vaccine is, how safe it is, and how we’re going to distribute it. I’m hopeful that we’ll have a good percentage of folks that say yes, they’ll take the vaccine.