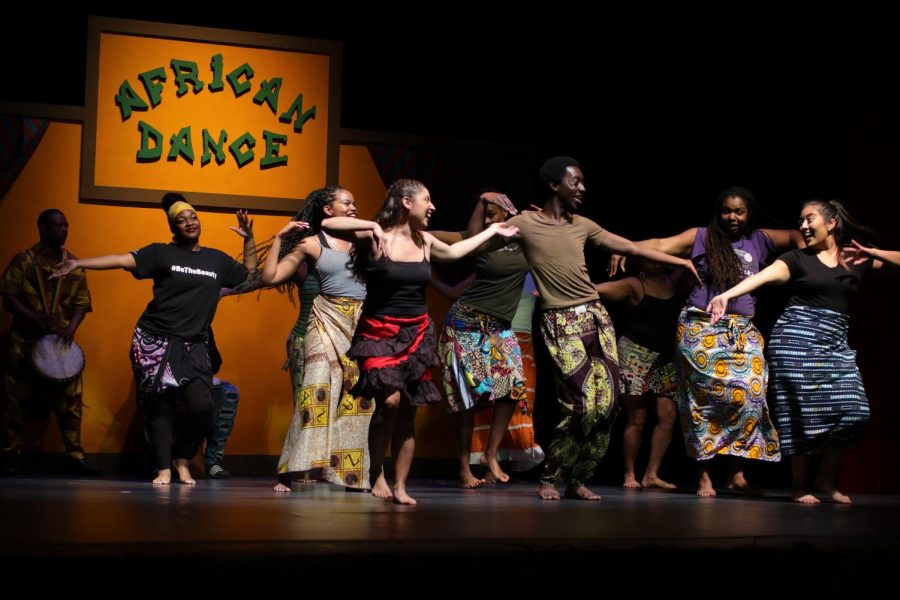 Galvanized by a summer marked by nationwide protests and conversations about racism, many in Oberlin have sought to create more inclusive spaces for Black students across the campus community. Talise Campbell, visiting assistant professor of Africana Studies and Dance, has made a life out of creating art as a means of social justice work. This semester, she was inspired to organize a series of Dance Dialogues, with the goal of reflecting on the accessibility of the Dance Department.

“As a department we wanted to take a stand through education,” Campbell said. “While some people who are not directly affected won’t get it, we ask ourselves: what do we need to do as a department?”

Campbell began her Dance Dialogue series in September, and after the first of three scheduled events she requested that Khalid Taylor, OC ’17, join her in leading the second part of the series. Taylor has previously worked at the College as the Multicultural Resource Center’s Student Life Coordinator.

“The whole point of the dialogue is to create conversations that will ultimately lead to diversifying the dance department, and make it more of an inclusive and accessible space for everybody,” Taylor said.

For each session students and faculty have been invited to join a Zoom discussion reflecting on their experiences with dance in and outside of Oberlin. While professors facilitated the conversation, students were prompted to take the lead in describing their experiences in the College’s dance spaces. They’d often note how toxic or uninviting environments discouraged them from joining communities.

“My past experience with dance has always been in very white-centered spaces,” College first-year Lily Crikelair said. “The extreme color blindness of my dance community meant that this was never discussed or addressed in any way, and my own color blindness meant that I didn’t ever think about it.”

To help address this, the Dance Dialogue centers on self-evaluation and constructing self-awareness. This type of reflection was especially valuable to those who have attended a Dialogue.

“For me, the Dance Dialogue was a continuation of expanding my awareness about complex relationships between dance and race, through trying to understand the ways that barriers prevent people of color from being a part of and feeling welcome in dance spaces,” Crikelair said.

Across College departments and communities, Black students are often forced to contend with a lack of self-awareness around racial issues among their peers. As an alum, Taylor explained that navigating predominantly-white spaces across academic departments was often disturbing for himself and other Black students.

“My academic career and trajectory was informed by — or in some ways directed by — the lack of Black people in those spaces or the lack of feeling like I belonged in those spaces,” Taylor said. “That included the science department[s] and also the Conservatory. … I don’t necessarily feel I was pushed out of any space, but I don’t feel like I felt welcomed, and that was a big part of me feeling like I could or couldn’t thrive or succeed in certain spaces.”

In his work with the Dance Dialogues, Taylor wants to focus attention on the role of gatekeepers and ambassadors. The term gatekeepers refers to those who maintain control over who enters a space, and the term ambassadors to those who determine accepted behaviors and guidelines. In essence, the roles establish the dominating culture of the space.

“When we think about issues with accessibility, it’s usually connected to some type of energy of gatekeeping that’s taking place, whether it’s intentional or not,” Taylor said. “Sometimes we’re gatekeeping and not recognizing that we’re doing it because we have subconscious beliefs or programming that tell us that things have to go a certain way because this is what the tradition has said … even [without questioning] who made the traditions in the first place.”

The Dance Department is certainly only one part of the puzzle — students, faculty, and staff are calling for progress and change across Oberlin. This semester, the Conservatory released an action plan to increase diversity and equity in musical education at Oberlin; there’s also a College-wide Presidential Initiative to Address Racial Injustice. But through the Dance Dialogues, Campbell has been able to lead conversations specific to her department and her field, influencing students and faculty alike. She hopes that through dialogues like these, Black students and their allies will feel a shift in the inclusivity of the spaces they engage with during their academic journey.

Campbell gave Black students working toward healing a word of advice: “The power really comes in your being unapologetically Black.”