Walking in a Winter Oberland 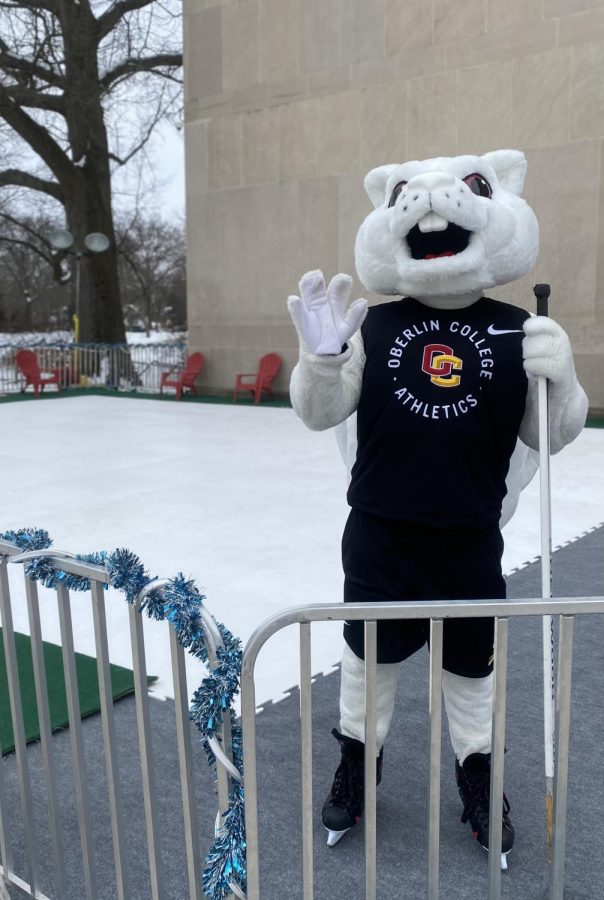 Yeobie trades in their Birkenstocks for some hockey skates at Winter Oberland.

The Winter Oberland festival is scheduled to commence in Wilder Bowl today at 6 p.m. The kickoff event will feature skating, music, hot chocolate, fire pits, and the lighting of the fire and ice tower.

Winter Oberland will run continuously for five weeks, concluding on Sunday, March 14. Every Friday, the festival will include a special winter-themed event, in an extension of the ’Sco’s weekly TGIF programming.

Hot chocolate and doughnuts will also be served on Fridays. Brice Wilson, assistant director of operations and communications, asks students to be mindful of pandemic safety regulations as they enjoy their complimentary winter treats.

“If you’re drinking, sitting alone, take your mask off — but we’re trying to not have too much to eat so people don’t have to go unmasked for too long,” Wilson said.

For those who want to improve their skills on the synthetic ice, Oberlin’s club hockey team will be offering free skating lessons to all on Sundays from 12–2 p.m. During those times, visitors to Winter Oberland will also be able to enjoy music and light shows.

Wilson explained that the idea behind the festival was to encourage students to socialize outdoors, where it’s easier to social-distance.

“We’re just kind of doing what we can to provide programming for the students — trying to keep them warm and engaged somehow,” he said.

The Winter Oberland festival presents an exciting new opportunity for students to appreciate the campus in all its snowy splendor. Over the next few weeks, groups and individuals can reserve spots by one of three fire pits or schedule time on the ice rink, where sanitized and sharpened ice skates will be available.

“Get out of your dorm, get away from your screen, and enjoy Ohio in the winter,” Zwegat said. “If you look outside right now, it is positively, beautifully cold.”