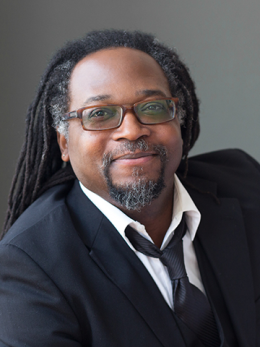 “Power, Policy, and the Black Agenda,” a discussion led by Associate Professor of Africana Studies Charles Peterson last Monday, prompted conversations on how communities shape politics in the United States. Participants explored the vast scope of grounded approaches to liberation.

“We have to encourage and maintain networks of mutual aid and cooperation,” Peterson said. “We have to think about how we turn these informal networks that we have into more durable structures.”

As part of the College’s Black History Month programming, Director and Faculty in Residence of Afrikan Heritage House Dr. Candice Raynor has been organizing spaces for Black students to envision a future shaped by freedom. She appreciated the space cultivated by Peterson’s Monday talk.

“It was an important conversation to have, especially at this time,” Raynor said. “The amount of students who asked questions and took notes during the event confirmed their desire for this knowledge and interest in discussing where we are now and how to get where we want to be.”

For College first-year Vera Grace Menafee, this event prompted reflection on how ignoring the limitations of the gender binary can subvert liberation. Menafee explained that it’s impossible to ignore the impacts of gender discrimination while strengthening community support structures.

“What we can be figuring out is how to mend gender relations between Black people,” Menafee said. “I feel like it’s too often assumed that the relationship between all genders in the Black community are going to be good just because we can relate on our racial similarity. That assumption is unhelpful and doesn’t reflect the truth of the violence that happens between us.”

Far too often, voices are silenced within the Black community across intersections of identity. In group discussions on liberation, neglecting the voices of people who face heightened oppression will amplify apathy and disconnection.

“If someone is in touch with their gender in a way that the culture doesn’t agree with then they will be ostracized from that larger agenda,” Menafee said. “Because it’s like you’re asking for too much.”

First, people have to question systemic biases that allow oppression to go unnoticed, Menafee says. If the dogma grows from a culture that ignores Trans lives, gender-based violence will continue.

“It’s important to notice the ways that the government and culture tries to villainize Trans people,” Menafee said. “It can really go unnoticed because it’s not with the culture to support Trans people. And so when the government is acting within that rhetoric it is permitted by the public.”

Black Feminism is a culture shifter, and Menafee sees it as the key to cultural liberation and advancement within communities, and the country as a whole.

“When I think about moving towards my liberation and Black Feminism, I’ve begun to center my actions around ‘until Black Trans women are free none of us will be free,’” Menafee said. “I think we should continually center the people who are most at danger and at risk. … That’s how I define Black Feminism. It aligns with Indigenous Feminism in that it wishes to liberate both Indigenous women and two-spirit people.”

Recognizing the economic forces behind oppression, a Black Feminist perspective affirms that only an intact community can begin to move against violence.

“We understand ourselves as communities of people linked together through intimate ties,” Peterson said. “That’s who we are, that’s who we’ve always been. That’s fundamentally what’s kept us going.”

These intimate links have kept us going — and even led to this conversation. Now, to move forward, the leaders of liberation may need to embody the beliefs of Black Feminism by strengthening their roots in gender, in addition to race and class.