What was it like working or having an internship? 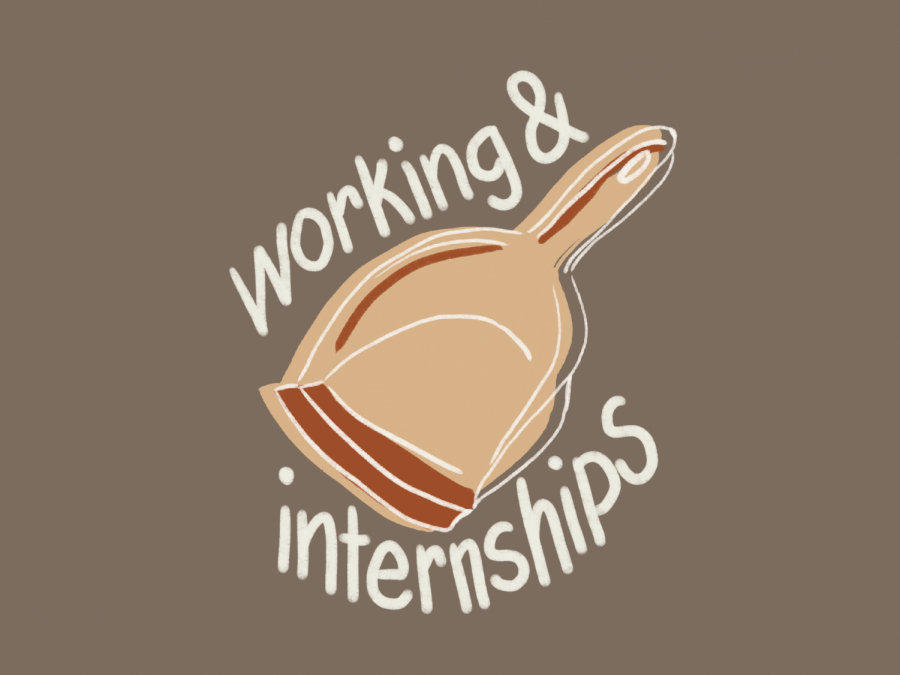 Many third-years found jobs during the fall semester, participated in the Junior Practicum and internship program, or juggled both. People’s work experiences varied greatly, from energizing and rewarding to draining and demoralizing. Many spoke to COVID-19 concerns, and the challenge of balancing their various commitments. 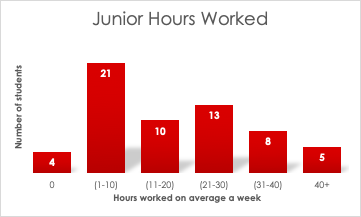 “It’s been so tiring working. I started working the second I got home (when school first went fully online), and I have been working on average 40 hours a week while having to balance online classes (which Oberlin did not make very accessible with my schedule) and then working full-time over the summer, to working full-time and doing online again”
“It was good! It gave me something to latch on to and structure my life around. I also worked over the summer like 40+ hours a week and it was a lot but kept my mind distracted.”
“I worked a part-time job while doing the Junior Practicum and research track. I wasn’t able to make it to half of the sessions for the practicum because of my work schedule. The staff running the practicum said I wouldn’t get paid for my research track work from October to December if I didn’t attend more than half of the practicum sessions in September. It was very frustrating that Oberlin seemed to forget many people must work a job while at home and can’t always prioritize filler activities that they have planned for us.”
“I see my job as such an unnecessary risk, but it’s necessary because I need to save money for school. Oberlin did not pay a reasonable amount for the work that the practicum was.”

One of the most frequent observations about the Junior Practicum was how difficult it was to participate in while also holding a job. Some students reported having to opt out of the program entirely because it interfered with paid jobs that they needed to cover basic expenses. Although $800 ($1100 for pitch competition winners) was awarded to participants, this funding was contingent on being available for the Practicum and the completion of an eight-week micro-internship, which many students claimed was not enough compensation to support themselves during that time. Many students noted that Junior Practicum was the only way to earn Winter Term credit this year, and they wished that there were other options for students who need to work. Other students wrote about experiencing Zoom Fatigue. Positive responses about the Junior Practicum mentioned the variety of high-profile speakers, the internship opportunities, and the ability to see classmates while off campus. 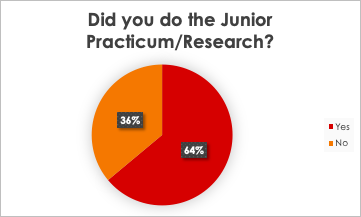 “I participated [in the Junior Practicum] minimally until the pitch competition. I think I got exhausted from being on Zoom for hours each weekday. The pitch project was also really rushed and was especially stressful since most of my teammates didn’t contribute, so about three out of the seven of us did the vast majority of the work.”
“I did it to get Winter Term credit. I enjoyed it, and it was clear that a lot of hard work was put into it so that we could have a good experience.”
“It was decent enough, but it does little to make up for the fact that the administration would prefer to appease [first-years], who have more semesters and therefore more years of paying tuition remaining, rather than permitting [third-years] to utilize the summer to engage in necessary career-building internships. Although internships and research opportunities were provided, many of these were not relevant to career paths.”
“[I didn’t do the Junior Practicum] because I had to work. If I wanted to do the Junior Practicum, I would have had to quit my job since the Zoom meetings were multiple hours during work hours every weekday. The practicum did offer money, but not nearly as much as I would make working.