We Found Love in a Sporty Place 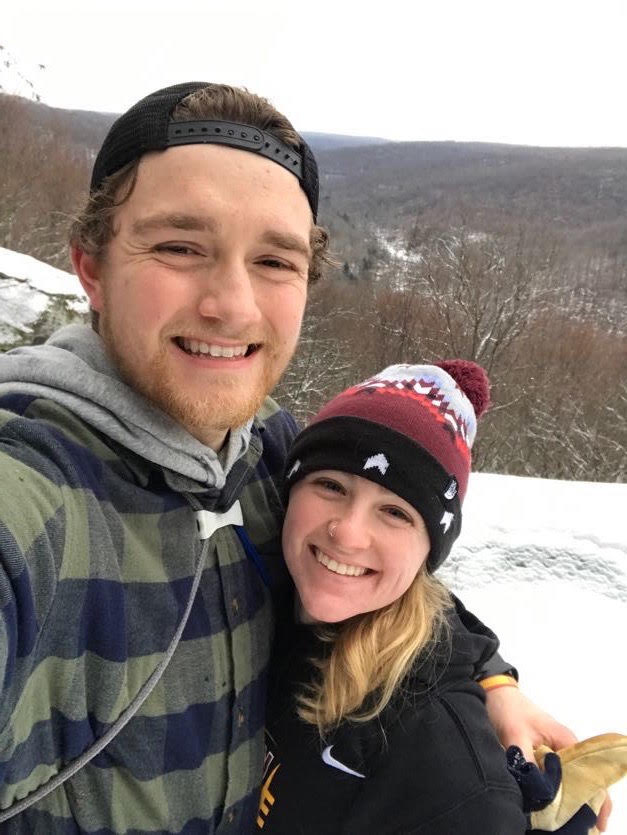 “That’s not true,” Maddie Paladino, a College fourth-year on the softball team, quickly cut in as they both dissolved into laughter.

Buck and Paladino have been dating since their sophomore year at Oberlin, with sparks first flying in CHEM 101 their freshman year. While it can be challenging to balance a relationship with classes, practice, and other extracurricular, these student-athletes are still making time for romance.

Paladino believes that she and Buck bring out the best in each other both on and off the field.

“We’re both really good at pushing each other and making each other better at what we do, whether that’s in science — because we’re both biochemistry majors on the pre-med track — or in athletics,” she said. “We’re able to connect and support each other through every aspect of our lives.”

Sharing the same sense of responsibility and dedication to athletics has helped bring many of these couples closer. College third-year and football player Kobe Brooks — who’s dating Chilly Wallace, a College second-year and record-breaking hurdler on the women’s track and field team — has missed attending Wallace’s competitions to cheer her on.

“I don’t think I could do what Chilly does, especially on hurdles,” Brooks wrote in an email to the Review. “Trust me, I’ve tried and it didn’t go well. COVID-19 didn’t really allow me to see Chilly fully compete but once competition starts back up, I know I will be there supporting her in awe of her talent.”

This year, COVID-19 has also created new challenges for many couples. Due to the College’s trimester schedule, Wallace is not on campus this spring. However, both she and Brooks are looking forward to reuniting at Oberlin for the summer semester.

“COVID-19 has provided some obstacles for us, but we are both excited to be on campus together this upcoming summer and enjoy the aspects of Oberlin we so dearly miss,” Wallace wrote in an email to the Review. “Obeying ObieSafe of course!”

While social distancing has made it more difficult to meet new people, first years Ruby Schreiber on the field hockey team and Gina Lombard on the women’s basketball team still found their special somebody. Their relationship blossomed during a shared politics class, and one of Schreiber’s favorite memories is when she and Lombard simultaneously asked each other out on a date.

“One of my favorite memories at Oberlin was last September, we were sitting on North Quad together talking,” Schreiber wrote in an email to the Review. “I can’t quite remember how the conversation progressed, but we ended up asking each other on our first date at the exact same time. It was a really cute moment that we still laugh about today.”

“We’ve recently started working out together on the weekend which has been really nice, and Ruby taught me field hockey last weekend which was really fun,” Lombard wrote in an email to the Review. “Next weekend I’m probably going to teach her basketball which I’m very excited about. Other than that, having a partner who’s also an athlete is really helpful because they’re more understanding about your time commitments since they have the same experience.”

In their free time, Brooks and Wallace enjoy working out together and spending time outdoors.

“Athletics isn’t something that we put an emphasis on but we do work out and stay active together when we get the chance,” Brooks wrote. “We also enjoy things like hiking and running together.”

Buck believes that athletics are a part of who he is, and finding mutual respect for sports and consistent support from Paladino has been crucial to his relationship.

“Athletics tap into a part of who we are, and that’s difficult to understand unless you’re an athlete and know what it’s like to compete, to have teammates, and to wake up early for practice amongst other things,” he said. “Being athletes has allowed us to connect on a different level, and that’s pretty rare.”

Buck looked over and smiled at Paladino.

“I’m her biggest fan and she’s mine.”