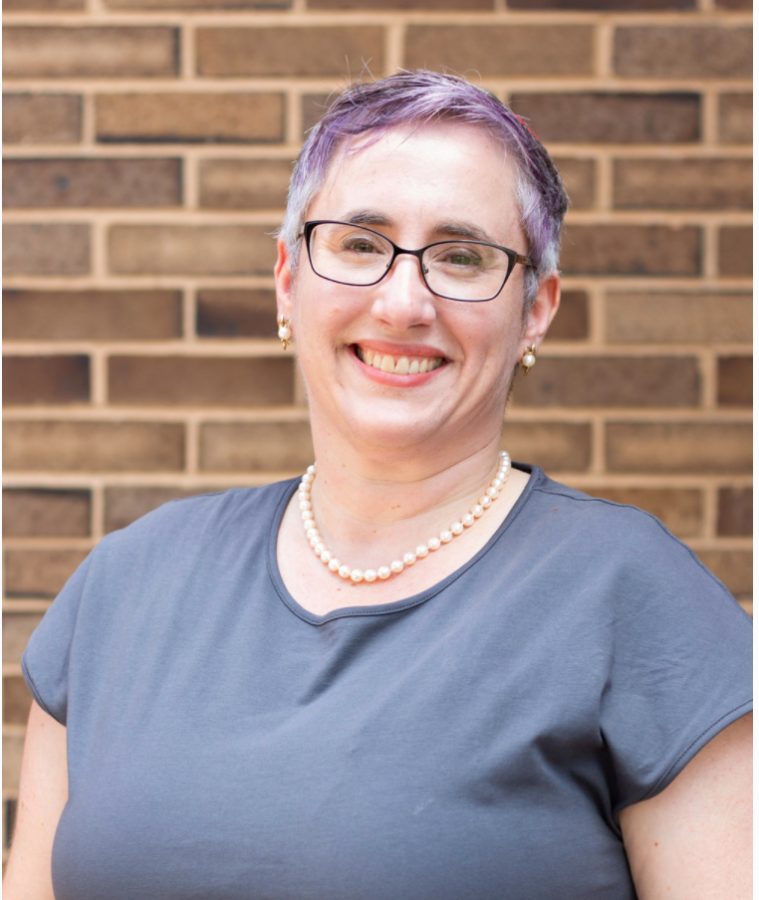 Rabbi Megan Doherty has served as director of Hillel and Jewish Campus Life for four years. Before coming to Oberlin College, Rabbi Megan worked at Mishkan Ha’am Reconstructionist community in New York and Slifka Center for Jewish Life at Yale University. In February, she wrote an op-ed for Cleveland.com titled “Ohio’s abortion laws interfere with the practice of my religion.” The Review spoke with her to learn more about why she decided to write the article and how her faith informs her political beliefs.

You attended the Reconstructionist Rabbinical College in Philadelphia. How did this education influence the way you view Judaism?

Reconstructionism has this really serious commitment to the notion of Judaism as an evolving religious civilization. One of the famous aphorisms of Reconstructionism is that “the past has a vote, but not a veto,” which means that you take the past really seriously. You have to give the past its voice and its vote, and more broadly, you have to ask: How are all of these traditions and practices and ideas relevant, now, in our lives?

In your op-ed, you explained that the Mishpatim section from the Torah establishes out that a pregnant person’s life takes precedence over the life of a fetus. Could you talk more about the section itself?

The Torah is read on this annual cycle in Jewish communities, and, with a few calendrical exceptions, the whole Jewish community around the world will be reading the same chunk of the Torah on a given week, and Mishpatim is one of these sections.

Up until Mishpatim … we’ve had this sweeping story of slavery, Egypt, … plagues, the Red Sea and figuring out life, and then this revelation on Mount Sinai. And now we have Mishpatim, which literally means laws — the way I like to think about the Mishpatim Torah portion is as the first draft of how we will live in a community of free people.

And here is the actual text within Mishpatim, and I’m paraphrasing here: When men fight and one of them winds up pushing or shoving a woman who is pregnant and she is physically fine but there is a miscarriage, then the one who pushed her will surely be punished or fined according to the payment her husband demands. But then, we have this line saying that if she is physically hurt, then the penalty will be a life for a life, an eye for an eye, a tooth for a tooth — which in Jewish law, the rabbis understood to be financial compensation. No one was ever actually plucking out people’s eyes. Crucially, the distinction is that the fetus is separated out — it is different. And in context, this distinction is coming in a series of descriptions detailing what happens if you murder someone, if you commit manslaughter, issues around the death penalty, and issues around what do when you kill a slave. Ultimately, it becomes really clear in context that in the case of a miscarriage, the death of a fetus is not equivalent to taking the life of a living person.

In what ways does the passage you described above specifically resonate with you?

I’ve got a very personal answer, and I’ve got an academic one. The academic one is that for Jews living today, our Judaism is Rabbinic Judaism, the Judaism of the Talmud, as well as the later evolutions from the Talmud. These evolutions range from the medieval codes of Jewish law into the modern world of people figuring out how to live according to these codes.

When I read the Torah — and especially the legal parts of it — I’m not always reading it to be like, “This is what I should do.” For me, when I read the text, I am really curious about the woman’s experience.

And I am really interested in the idea [of how people in the] ancient Near East were thinking about and experiencing pregnancy and child loss. What was that experience? Was it uncommon? Was it common? Were enough women getting shoved by random men having fist fights that this needed to be encoded in a law? Or is it here to demonstrate how we think about this potential life? Then, the really personal piece is that I’ve always been pro-choice. It was never anything I really ever had to think about too much — it just made sense. It’s the bodily autonomy that we have.

When I had close friends who were pregnant, and even more so when my partner was pregnant, it became extra clear to me … that this is vital: that people should be able to exercise that autonomy [and] authority over their own bodies and not have to donate their womb for nine months if they don’t want to. But even more than that, pregnancy is so dangerous, even today, and the experience of being pregnant is so painful and uncomfortable and … often not always good for the health of the pregnant person. I love babies and I love my daughter, but the idea that the state should be imposing upon someone to take that risk on their own lives, on their own physical being, is just wrong.

For me, this text in the Torah, and the way that Jewish law evolved to say that the mental, spiritual, physical, and emotional state of pregnant person takes precedence over the life of a fetus — I’m proud of that in Judaism, that way of really respecting and honoring the risk and the work of pregnancy. I found that to be really powerful.

The argument you lay out in the article in favor of abortion rights is a First Amendment one. You argue that outlawing abortion would violate your religious freedom as a Jewish person. But how do you decide which religious belief systems should influence politics?

I would say that part of why I wanted to frame my argument in the context of a First Amendment argument is because hot-button issues like abortion, like same-sex marriage — the default framing in society and in law is a pretty Christian one. I think if we’re going to say that we are a country that offers the practice of free religion, with a Constitution saying “Congress should make no law respecting the establishment of religion,” then that has to be taken seriously.