K-12 Students Return to the Classroom as Teachers are Vaccinated 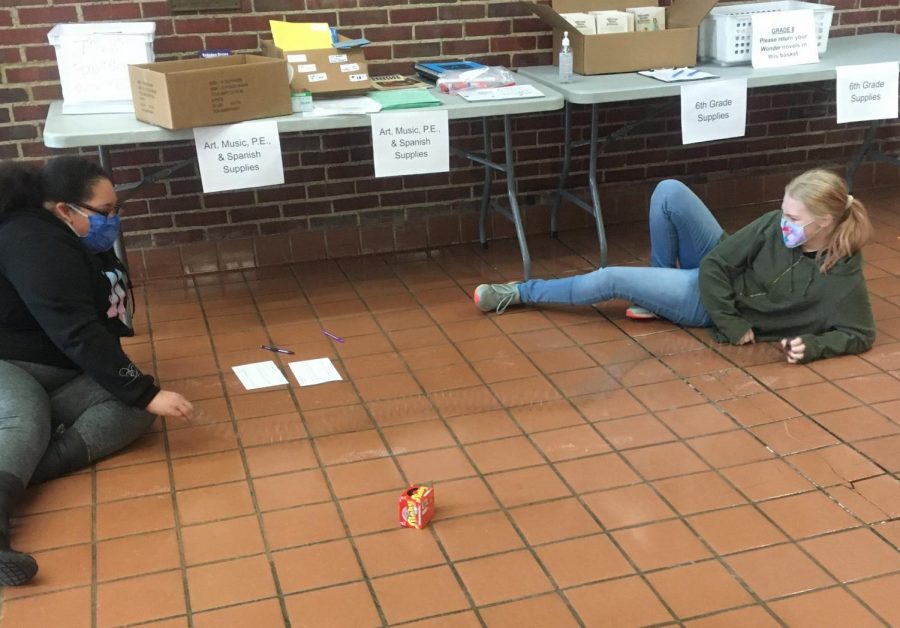 Teachers in the Oberlin City School District will begin to receive COVID-19 vaccinations today. Although students are already back in the classroom part-time, the district hopes that vaccinations will accommodate a safe transition to more hours of in-person learning later this semester.

While Oberlin City Schools will not make the vaccine mandatory for employees, approximately 85 percent of teachers and staff in the district have expressed interest in vaccination. Ohio Governor Mike DeWine announced in January that teachers and support staff would be included in the 1B vaccine group with the goal of returning students to the classroom by March 1.

OCS is currently in their Level II: Hybrid Learning Model which began on Jan. 20. Under this plan, students in grades three through twelve attend in-person school two days a week, and younger students attend three days a week. Attending school in-person is optional for all families, but a majority of parents have expressed interest in having their children back in the classroom. So far, 70 percent of children in kindergarten through second grade at Eastwood Elementary and 50 percent of high school students are participating in some form of in-person learning.

“A lot of our students were struggling at home,” said OCS Marketing and Communications Consultant Melissa Linebrink. “For them to even just see another person or to be in the same place as another person, it’s been a very positive experience for them. … Especially at the high school level these kids … know that they need to be mindful of where they are and what they’re doing. And so far they have been really receptive to stepping it up and doing what they’re supposed to do in terms of social distancing.”

To invite students back into the classroom, the district had to make several safety modifications. The schools received a grant from the state to set up plexiglass barriers, buy PPE, and update the building’s HVAC systems. Additionally, students and teachers must wear masks, social distance, and open windows to promote airflow in the classroom.

“My kids are in classrooms that are built for 30 students, and they’re one of six or one of eight in the room,” said Associate Professor and Chair of Classics Christopher Trinacty, who has two children in Oberlin City Schools. “One of the things that the kids do at the elementary schools, they have their own plexiglass that they carry from station to station that’s like their shield. … I’ve been very comfortable sending my kids back for two days a week.”

So far, the schools have been successful with hybrid re-opening. The administration is only aware of two positive COVID-19 cases since reopening in January and remains confident in their safety precautions.

Although returning to in-person education has been a positive change for many students, there is some concern that the transition has left behind students who chose to continue to fully-remote learning. When most students are in-person, remote students participate in asynchronous learning which can often be less engaging than the live lessons they participated in during the fall.

In April, the school plans to further expand in-person learning to more students with the goal of having all students in the school buildings Tuesday through Friday. Monday will be an e-learning day for the entire school district. Although it will be up to parents to decide if they will send their students’ to in-person learning, the district hopes they can get as many students as possible back into the classroom.

“Our students are starting to fall behind academically and socially — so many districts are, it’s not just Oberlin City Schools,” Linebrink said. “E-learning is working for some of our students, but many of our students are struggling to maintain passing grades, completing lessons, they’re having technical problems. … We really need these students to engage in academic support opportunities and they need to participate in hands-on labs and experiments. It is just all around is better to have the students in class.”

In a recent survey about parent interest in this plan, 90 percent of parents indicated they would be willing to send their child back to school with proper safety precautions in place. If this many students still indicate interest in in-person learning by April, the distinct will likely have to decrease the number of in-person days from four to two in order to ensure that there is enough space to accommodate social distancing.

Across the county, teachers’ unions have expressed concern about returning to the classroom and putting educators and support staff at risk. Dr. David Hall, OCS Superintendent, says that his administration has kept in constant dialogue with Oberlin Ohio Education Association representatives about each step in the reopening process.

“My administrative staff and the leadership and the teaching union meet monthly,” Hall said. “We kind of go over expectations, things that are going on, any problems or concerns. So we do have a two-way communication going on between the union and also the administration at the same time. We try to keep an open-door policy with them.”

Although the Center for Disease Control estimates that a vaccine for younger children will not be approved by the time the fall semester begins, the school is hoping that all students who want in-person instruction will be back in the classroom.

Trinacty says that it has been a challenging year for his children, but he is looking forward to them making the transition back to greater in-person learning.

“I think that [my children] both like seeing their teachers, being in the classroom again. I think the teachers and everyone at the schools are doing the best job they can when it comes to helping out the students and kind of meeting them where they’re at.”