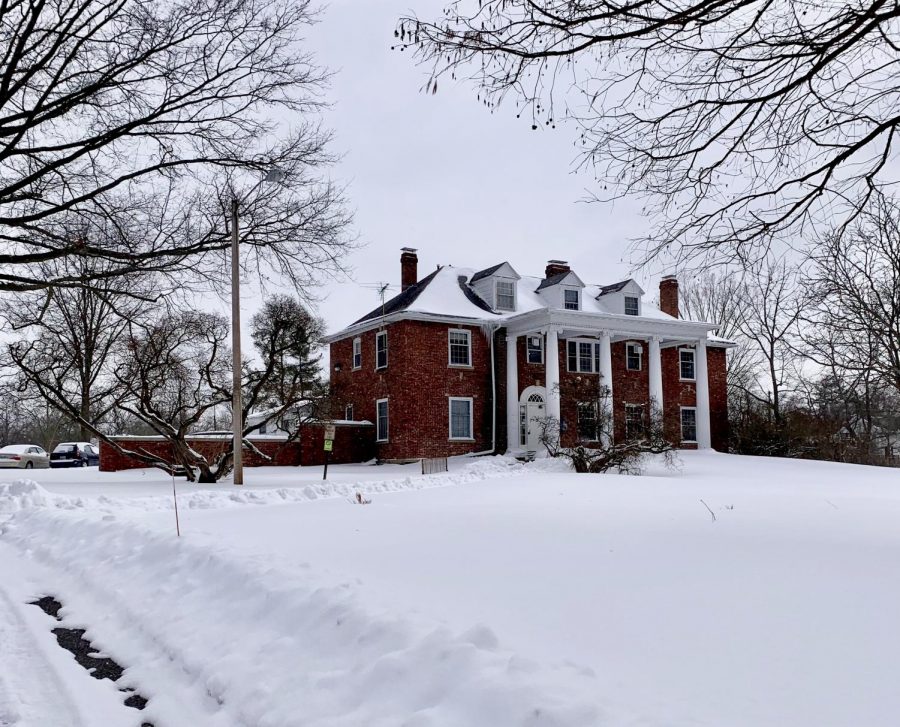 OSCA will not rent Old Barrows from the College in the 2021–2022 academic year due to low interest expressed in the OSCA lottery.

The Oberlin Student Cooperative Association will not be operating Old Barrows housing co-op or Brown Bag Co-op in the 2021–2022 academic year. This closure is a result of a new rent model introduced in the Dec. 2020 contract between OSCA and the College.

Under the new rent contract, OSCA must purchase housing and dining exemptions for its members. Under this new model, OSCA cannot afford to rent buildings that are not at capacity, and the College may operate the facility during that academic year. The OSCA lottery application for fall 2021 Old Barrows housing and Brown Bag Co-op closed Feb. 15. without sufficient interest to maintain both within the OSCA nonprofit.

Some members of OSCA have argued that there is less awareness of OSCA because it was not permitted to operate any of its facilities this academic year due to COVID-19 concerns. Others say that changes to OSCAs rates might be a large factor in the loss of interest — with the new contract, OSCA housing is only 3 percent cheaper than College housing, despite the fact that OSCAns help clean and maintain the building.

In recent history, Old Barrows has been a safe space within OSCA — prioritizing transgender and nonbinary students, with a secondary emphasis on cisgender women. In pre-pandemic years, Old Barrows housed up to 21 students. Due to COVID-19 safety restrictions, only 12 students currently live in Old Barrows.

Brown Bag Co-op, which used to operate out of the Old Barrows kitchen, was open to roughly 130 students who lived in Village or off-campus Housing. Brown Bag only required one hour of cleaning per week and provided food for its members to take and cook using their own kitchens.

In an email statement to the Review, OSCA representatives expressed sadness about Old Barrows’ closure.

“OSCA is sad to announce that [Brown Bag Co-op] and Old Barrows will not be opening in the 2021–22 academic year, due to a lack of interest,” OSCA representatives wrote. “Even as these spaces won’t be rented by OSCA next year, it is still possible to open them in the future. After a year of disconnected community, we are hopeful that interest in these co-ops will grow as OSCA’s presence on campus returns.”

The College has no plans for the Old Barrows housing and dining facilities as of yet.

“The College just learned that OSCA will not be using Old B next year,” Vice President and Dean of Students Meredith Raimondo wrote in an email to the Review. “Although no plans have been made yet, it will likely operate as student housing in the ResEd program.”

According to Assistant Dean of Students and Director of Residential Education Andy Sadouskas, ResEd currently has no specific plans on whether to maintain Old Barrows’ safe space designation in the coming academic year.

Old Barrows was built in 1901 by Oberlin President John Henry Barrows, who died suddenly in his new home the following year. The College bought the property in 1916 and made structural adjustments in order to offer it as dormitory housing for Conservatory women. The house became a hub of activity for Conservatory students given its close proximity to Con buildings, and remained associated with the Conservatory until 1941. The building also housed the German language Program House from 1956–1963 before OSCA designated it as a safe space for women and trans students.

According to Valdes, the uniqueness of Old Barrows lies in the layered history of the house, with the various identities the building has taken on from John Henry Barrows’ time until today. For Valdes, fond memories of their six semesters in Old Barrows range from cooking and playing music to participating in a snail funeral in Old Barrows’ expansive backyard.

“When I think about the history, I think about John Henry Barrows, but also just the most bizarre things that happened here that are really good,” Valdes said.

In an email to the Review, OSCA Chair of the Board Pearl Puzak also emphasized the history that Old Barrows enshrines.

“I feel that Old Barrows is an important space for OSCA’s history,” Puzak wrote. “It’s one of our oldest co-ops and many of our alumni fondly recall their time there. The community I found there is full of the kindest, thoughtful, and welcoming people I’ve met at Oberlin. It is undoubtedly a loss for OSCA to not operate Old B next year.”

The temporary closure of Old Barrows follows the recent announcement that Fairchild co-op would permanently close. While Valdes is concerned that the changes around OSCA will reduce OSCA’s presence around campus, they are still hopeful that the uncertainty of the current moment provides an opportunity to think about OSCA’s identity moving forward.

“I don’t think anyone really knows what’s going to happen with OSCA moving forward, which is really scary, but I also think it’s a great opportunity to reflect on the history of OSCA and [to] think about how to restructure it in ways that support mutual aid and the students specifically,” they said. “Especially … because the financial aid aspect of OSCA is not as advantageous as it was before the [rent contract] negotiations.”

For Old Barrows in particular, Valdes hopes that a future reopening will allow for a new community to emerge, beginning a new chapter in the building’s story.

“If it does get to reopen, that allows whoever comes in here who most likely have only had a glimpse of Old B — like maybe they’re living here now, or maybe they visited it one time four years ago — they’ll have a chance to make the community their own, which I guess at that point will mean something different,” they said.