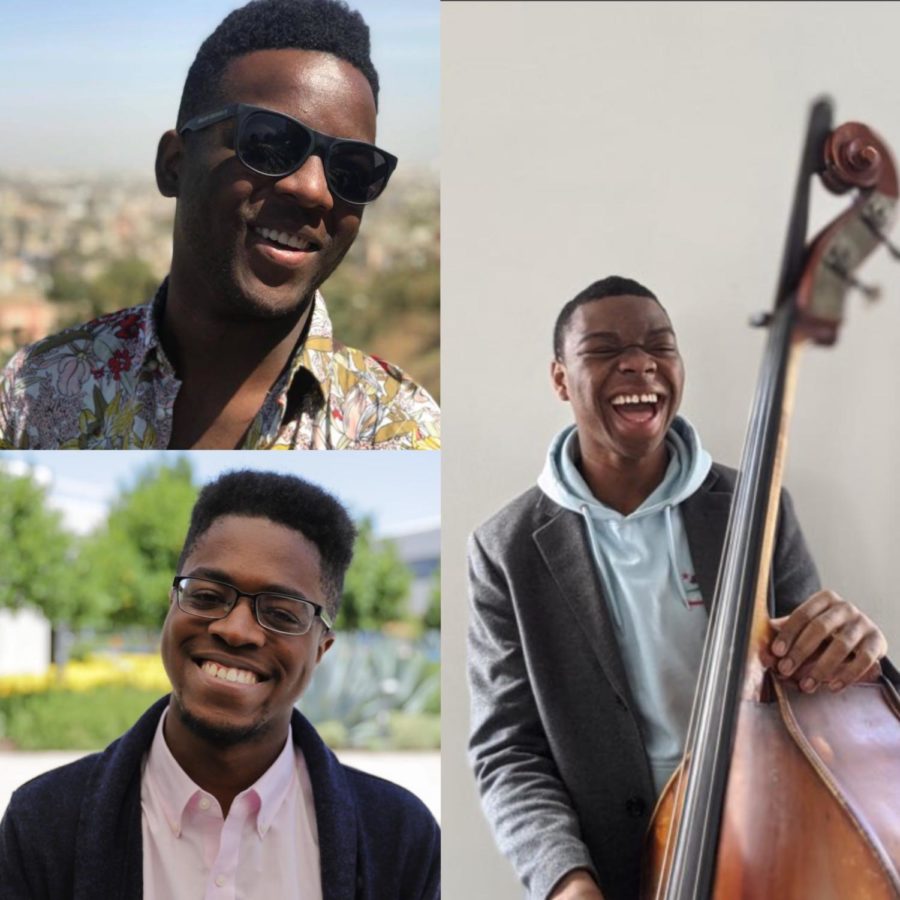 In a Zoom conversation full of compassion, laughter, and admiration, College third-year Cyril Amanfo, double-degree fifth-year Max Addae, and double-degree fourth-year Mark Ligonde sat down to discuss the formation and evolution of their band, The Blackberry Poets. Despite social distancing requirements and other pandemic-related obstacles, the three have created a space that brings out the best in each group member. They have found an artistic and personal brotherhood through the small community they’ve built.

This conversation has been edited for length and clarity.

Firstly, how long have you been playing together?

Cyril Amanfo: We’ve been playing together for eight months during the pandemic.

Max Addae: Cyril and I had been working together for a year prior on his show Equilibrium and various other short projects throughout the year. Black Magic, the show I hosted over the summer, was when Amanfo and Ligonde met.

CA: After that point, we were working as a group and figured, “We’re already here anyway making a bunch of music.” … I came up with the name, and we were moving forward from there.

What has kept you together?

Mark Ligonde: We’re just brothers, honestly. We do the music thing and that’s great, but at the end of the day it’s not just about the music. We love hanging out with each other, talking to each other, being friends. It’s the joy of being with Max and Cyril — it’s inspiring. To see two individuals so passionate about what they love doing, that keeps me motivated.

CA: This is my family right here on the screen. We just hang out and talk and get deep and just have fun and joke around. That’s why it’s so organic when we play, because we’re so in tune with each other without the instruments. We went live the other week — that was the first time we had ever performed together, and it was so seamless.

MA: I have to highlight that you said, “We are in tune together spiritually.” You better come on! The connection I have to y’all is truly unmatched. There are people I’ve known my whole life and don’t have this connection, either musically or personally. …  It’s crazy because we all come from different musical backgrounds and places, but we’re still able to collaborate in such an effective and meaningful way.

What does your art form mean to you individually and as a group?

MA: I have never been in such an intense collaboration with any group of people other than this one. It’s such a blessing, especially at a [predominantly white institution], to have a community of Black artistry to fall back on consistently. I have spent four years prior to this in these very conservatory-heavy, white European musical settings. They have their value, but … being in an all-Black collective that is Black-centered has such a different impact and motivation for me musically and spiritually.

ML: When I create music or express myself, it symbolizes freedom — being able to tap into that. Then when I collaborate with Max and Cyril, that’s a celebration.

CA: I’ve always felt the most in tune with myself while performing. With music and theater, I’m sitting looking at myself in the mirror in ways that I’ve never done before and [have] never been able to. We’re able to combine all of our different mindsets, strengths, and weaknesses to stay in this one pool of art that means the world to us.

What have been your struggles, either personally or as a group, to keep going as creatives?

ML: I’ve always doubted myself my whole life. Just the way I grew up in predominantly white spaces. A lot of the times my peers would not give a second thought to taking up space, and I’d feel that what I had to say wasn’t that important and maybe I should just stay quiet. When I get in those states of mind, I just reach out to our group chat and everything clicks back.

MA: The imposter syndrome is mad real. My struggle is figuring out something meaningful that I have to say. Oftentimes I will go into a session feeling like I have nothing to say, but actually getting started is where I find tons of ideas.

CA: I come into creating as a way to be myself. There are a lot of places in the world that are blocking me as a Black man and just as a person. When people are asking a lot of things of you, it can be hard to choose yourself. At the end of the day, it’s about choosing you, what makes you feel good and what makes your heart shine. If you’re not doing that, you’re alive, but you’re not living. If you’re not doing what speaks to your soul, then you’re trapping it.

What’s your favorite part about performing together?

CA: That’s the thing — we’ve been performing together without being in the same room. We made the track “Little Drummer Boy” without ever seeing each other in person. We never played our instruments together until that live [show]. There was no conversation of, “play this many bars” or “solo for this amount of time and stop.” It’s the unspoken communication that solidifies what we do.

ML: The energy of not feeling heard or validated around white people often permeates performances with white artists. It’s a question of how much space they’re taking up in the music. But being in that jam session and feeling that liberation as a group is amazing. Being able to take an extra four measures and have them back me up like, “You go, we’ll hold it for you,” is a whole other energy – when they listen to me.

What’s next for you?

ML: We’re working on something that at the very latest should be out by the end of the month. A full project is coming out in the summer and maybe a music video. The closest upcoming thing, though, is that single.

CA: We’re working on a musical, and that’s all I’m going to tell you. It will be going up in some capacity in the summer. We want to get our story, message, and truth out to as many people as we can so whatever the platform — Grammys or [the] Super Bowl — we’re coming. It doesn’t matter what the venue is or where the blessings lead. The blessings will come because of the foundation that we have already built.

MA: Look out for more jam sessions and outdoor performances as well.

Addae, Amanfo, and Ligonde’s group can be found on all streaming platforms under the name The Blackberry Poets. Contact them at [email protected] and stream to their latest single, Little Drummer Boy, here.