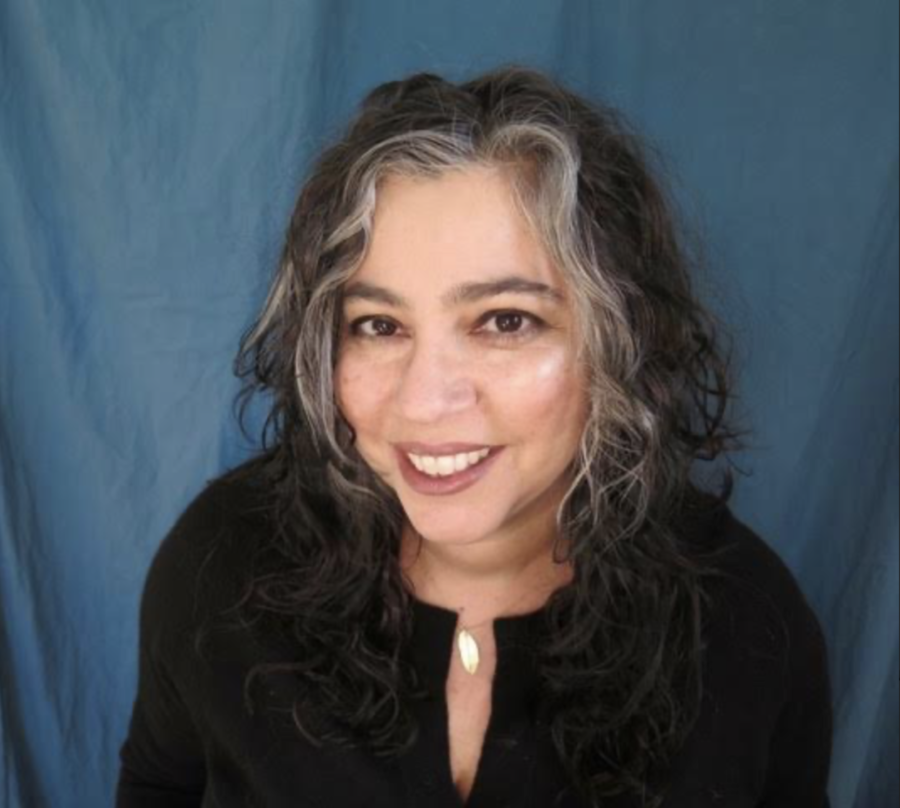 In February, Professor Robin Beth Schaer was awarded a $25,000 Creative Writing Fellowship from the National Endowment for the Humanities to continue working on her next book of poetry. The Review sat down with her to discuss her recently published book Shipbreaking, her formative experience working as a deckhand of the historical sailing ship HMS Bounty, and how parenthood has impacted her poetry.

Could you talk about Shipbreaking, your most recently published collection of poetry?

Shipbreaking explores ideas about survival — of some sort of disaster, in one way or another — and many of those poems emerged after 9/11. I’m a New Yorker. During the 9/11 attacks, I was going to Columbia [University]. I was living in New York City. Not long after that, I got a divorce, and then the country was embroiled in a war.

When you look at the book, you might notice there’s a series of poems about natural disasters. I was looking at the correlation between natural disasters and human-made disasters, both intimate and personal ones, heartbreak as well as national disasters, and how they relate to each other. What does a wildfire have to teach me about surviving a catastrophe? That’s the sort of constant questioning in that book.

What was it like living on the HMS Bounty?

I had never been on a ship like that before, and so being at sea was like being inside of all of those metaphors in all the books that you read growing up, like the Iliad and the Odyssey. I had all of these ideas of being at sea and the ocean and shipwrecks. I don’t come from a sailing family. I don’t know anything about that world except for books in places where it served as a metaphor. So when I went, it was like stepping into a myth or a metaphor or something I’d heard about, but never thought about in a literal way or saw for real. The idea of being on a ship, being in the middle of the ocean — there are so many things that symbolize. Think about how often it’s evoked in literature, whether it’s for that sense of grandeur or that sense of lostness.

I was very aware of the fragility of my own life in a way that I’ve never been before. That’s not to say I haven’t done things that were dangerous or felt risky — hiked or stood on the edge of cliffs or things like that. But there was just this constant sense of fragility from being on a ship and hearing the water and knowing that you’re only separated from the ocean by a few inches of wood. When you sleep on the ship, you’re below the waterline. You’ve got no windows–– you can’t imagine a more claustrophobic way of living. You’re constantly aware of death. I think that creates a sense of trust with the people around you — you’re all in this together. I mean, think of all the ridiculous cliches and metaphors we have, like we’re in the same boat together, right? Think about how profound that really is when you’re at sea with a group of people and your life depends on each other. We used to do overboard drills all the time. If you fall overboard, you have to trust that your shipmates can save you. There’s an immense amount of trust because you are truly in danger at all times.

What did you bring to your work from that experience?

As humans, we don’t think about the earth after us or before us or the earth without us. It is really, really a huge shift in perspective to be in a place where humanity is not at the center. We live in a way that’s so divorced from natural rhythms. We live in ways that are completely artificial, where we’re controlling the lights and the heating, where we buy our food in supermarkets. Even if our basements flood because of heavy rain or something, we’re still not at the mercy of nature and weather patterns in the way that we could be. We have no sense of what hurricanes are really like or what a wildfire really is until it’s at our doorstep.

Motherhood is a common theme in your poetry. Has becoming a parent changed your perspective as a poet?

When I became a parent, I thought my poems would get smaller. I thought they would get shorter and smaller and more fragmented just because I had less time. My life was more fragmented. But I think what’s happened instead is that the poems have gotten longer and bigger and more complex. My concerns have become more complex because everything that keeps happening touches something else. I see the entanglements we have with each other, as well as the entanglements that we humans have with the world around us. This makes writing poems a lot harder. When I was younger, my poems maybe had just one point I wanted to make or one question I wanted to ask; now when I sit down to write, they just spiral. The idea that I start with connects to this thing, then also connects to that, then this, then that. The notes that I’m making, the research that I’m doing, the questions that I’m asking, just get bigger and bigger and bigger, and everything creates a huge web.

Do you have any suggestions for how to best read and absorb poetry?

I think a good idea when approaching poetry is to try to read it with as open a mind as possible and to read it multiple times, if possible, and to read it out loud. Poetry comes from an oral tradition. That DNA is still in the poems. Read poetry not as if it’s a puzzle that you’re trying to figure out, but just as an experience to sit with or go through. People often are trying to understand something or reading as if there’s something to figure out in the poem, or there’s something that they’re missing. I wish people could approach poetry in the way that they do abstract art sometimes, where they’re willing to stand in front of a [Mark] Rothko and let the colors wash over them — let themselves feel something.