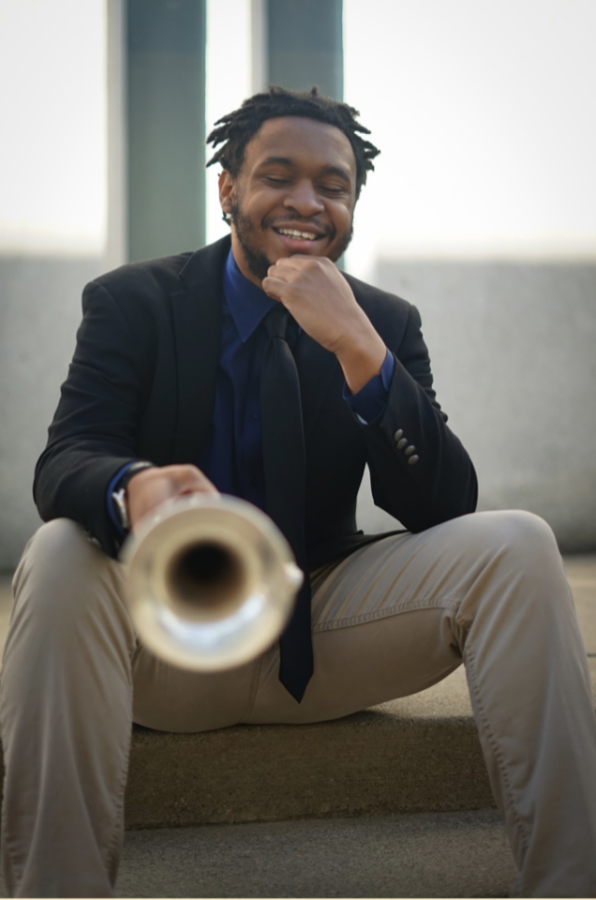 What inspires you to create?

What inspired me to create music is the excitement and the history of this art form as well as the music from other various artists. When I first started making music, it was mostly the excitement, as well as the creativity and the ideas following that — this was when I was producing music around seventh grade while listening to various producers that would click on my inspiration.

What is the function of your art?

The function of my art is somewhat dependent on the creative thought or idea. I might not know the meaning of why I created what I created or what it means. However, as someone coming out of Detroit, I had built [that] experience on how I can make that idea come to life when I put it into my music.

What role does artmaking play in your life?

Music has always provided me with excitement and joy. That never changes. My artmaking is me using my brain to figure out what works and what doesn’t. That goes with both me composing and producing music. I think that the joy and excitement of an idea is an astonishing feeling because when you are on stage performing the piece or playing a track, it feels really good.

Would you say your artmaking is a healing experience?

I do think that my artmaking could be a healing experience. I remember whenever I am producing music and listening back to the track, it brings me a sense of satisfaction, of freedom after a stressful day of working on everything else. There are times where I’m grinding on producing more than composing, but in the line of healing, I think that my artmaking could fit in that criteria. Although, I don’t experience this a lot because I would just think of an idea instead of feeling it.

Where do you want to see your art?

I would want my art to be on both the entertainment and the inspiration side. I want people to enjoy my art even though not everyone is going to love it, not even like it. I want my art to be part of history in a way. I want my music to be inspiring and enjoyed by the people who enjoy it. I don’t want to be “super famous” in a way, but just known at some point.

How do you begin your creative process?

Well, sometimes when I’m singing something or I’m just thinking about some music playing on the radio, whether it were a couple of chords or lines, an idea of a chord or a melody would pop up in my head. Usually I would start off with the piano part first then work my way up to the horns. This really depends on the motif, riff, appagiation, phrase, or an idea that I’ve come up with. This is the creative process that goes with me producing an instrumental track.

Who are your influences and inspirations?

I have a lot. My first inspirations for playing the trumpet was Miles Davis, Lee Morgan, and Freddie Hubbard. Specifically, Spike Lee directed a movie called Mo’ Better Blues that inspired me along with a tune from the movie with the same name. The first and foremost person who inspired and influenced me to produce music was J Dilla, who was a very well known music producer from Detroit. J Dilla worked with Slum Village, Common, and other artists up until his death in 2006. Before that, he released his album Donuts, which was my all-time favorite album to listen to. It’s not just J Dilla that inspires me, though; there is also Mr. Carmack, Dr. Dre, DJ Premier, and my piano teacher who was also from Detroit, Jon Dixon. I would get a lot of inspiration from a few SoundCloud music producers and artists like Fat Jon or ESTA. Composition-wise: Hans Zimmer, a film score composer, Jacob Collier, and Tigran Hamasyan. Robert Glasper, who also inspired me to produce music, is another one of my music teachers from Detroit who is a composer, pianist, and a head of a big band. Last, but certainly not least, Scott Gwinnell taught me a lot about writing music, and I cannot be grateful enough for it.

To what degree does your art reflect the world around you?

I think that my art would in some way give out inspiration to someone with a disability like mine, autism spectrum disorder, and to let them know that they can make it in the world too if you put your mind to what you want to do. As someone with autism, I want to prove people who doubted me wrong. If you have ASD or any other disability, … you can still make it in this world. That is why I want to create. I love creating music, and I won’t stop hustling at all for anybody because I know I can make it.