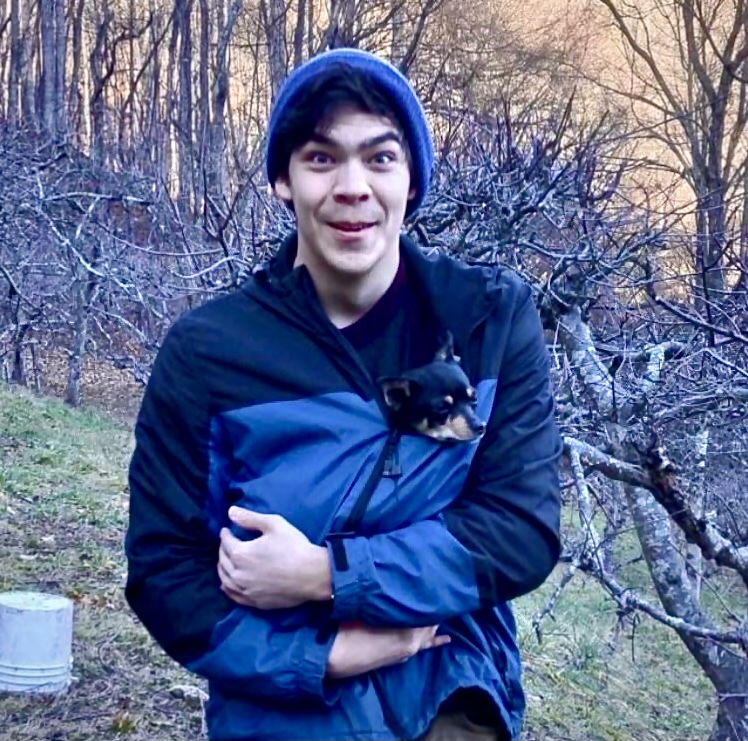 College fourth-year Matthew Sato started his journey through Oberlin’s Experimental College as a student in ToadsCo. Sato has been a ToadsCo instructor for the three years since, and last semester he also taught JuggleCo, Ukulele ExCo, and Rock Climbing. Teaching more ExCos than any other Obie, Sato’s ExCo expertise has become the stuff of Oberlin legend.

Tell me about your history with ExCos.

The first ExCo I took was ToadsCo back in the fall of 2017 — I took that and the Rock Climbing ExCo — and they were both lovely. I had no idea really what an ExCo was at that point, of course. But just having that first one, it blew my mind. I was like, this is exactly what I want every college class to be, just talking about fun stuff. And the fact that I was learning a lot, it was blowing my mind because it was exactly what I wanted to be learning about in exactly the format that was helping me learn.

I had never really considered teaching one until the instructor of ToadsCo graduated and of course, I didn’t want his class to die. So he reached out to the students and said, “Hey, who wants to teach this?” And I was like, absolutely. I started teaching ToadsCo in fall 2018. Then I started working at the [rock climbing] wall — I realized there was an opening to teach Rock Climbing ExCo and was like, well, shoot, I can teach two ExCos, right? With a lot of support going in, teaching two ExCos at once was kind of easy.

I was getting a really nice feel for course structures, what things were working, and what wasn’t working. I’ve always really wanted to teach people about how to play the ukulele. I decided to just go ahead and write up a course structure almost as a joke at first. I was like, this is never going to happen. Going above three ExCos was really big — I could probably do as many as I wanted because as soon as I had three down and still had extra time, it was very freeing. I was planning on teaching five this semester, but I decided to take it a little easy.

How much time do you usually spend on a new ExCo?

The first time I taught ToadsCo, it was a lot of time — we’re talking at least five or six hours a week. I didn’t know anything. I spent a lot of time my first semester catching up and trying to reach the level of the giant figure of this instructor before me, an instructor who had spent his whole life studying frogs and toads.

With the other courses I was building, I was that figure who had spent years and years and years doing this one thing. For instrumental ukulele and juggling, I did spend a little while on course structure, but not even close to the amount of time that I had to invest to really be a qualified teacher for ToadsCo.

Did you teach yourself ukulele as well as juggling?

Yes. There’s just so much untapped potential in that instrument. And the more I looked into it to get better, the more I saw that I had never heard of before. Since the ukulele is this rinky-dink old toy instrument, it’s similar to juggling in that it’s so accessible. You don’t need to have gigantic strong fingers to play it, like you do for guitar. It’s super easy to carry around. It’s super cheap. And it’s so much fun. It’s got that energy and that charisma of just being lighthearted and joyous. What more do you want from an instrument?

What is it about ExCos that is so exciting to you?

I think it’s the perfect platform to bring light to all of these random things. I guarantee everyone on this campus could teach an ExCo or two. There are so many extraordinarily talented people just floating around this campus, and ExCos provide this perfect stage on which to display these talents and spread them around. I would love to learn everything that everyone here has the offer. If I had the time and the scheduling competence to put in every ExCo, I absolutely would. It’s just a great place for students to share everything they’ve accumulated in their 17 or 18 years leading up to Oberlin.

What does the process of making an ExCo look like?

The first step that I took for all of my ExCos was just writing out a weekly schedule — here are 12 things about this subject that I want to teach that I think are really important. That’s really good for practicum courses in particular. I was just like, I have the syllabus now, I guess I might as well make the first class and start thinking about what exactly I’m going to talk about — getting that week schedule down, the course description, and saying this is why we care about this thing. If you’re going to teach an ExCo, you probably know at least a little bit about why you should care about it.

Once you have a course description and a weekly schedule, you basically have your whole syllabus. Once you have a syllabus, you pretty much have a class. Writing it down is so useful for solidifying your own thought process. You know it’s worth knowing, but you can’t quite put it into words. If you just start typing and refining it a little bit, you can probably make an ExCo out of that.