13 Trailers of Lost Belongings Remain One Year After Campus Closure 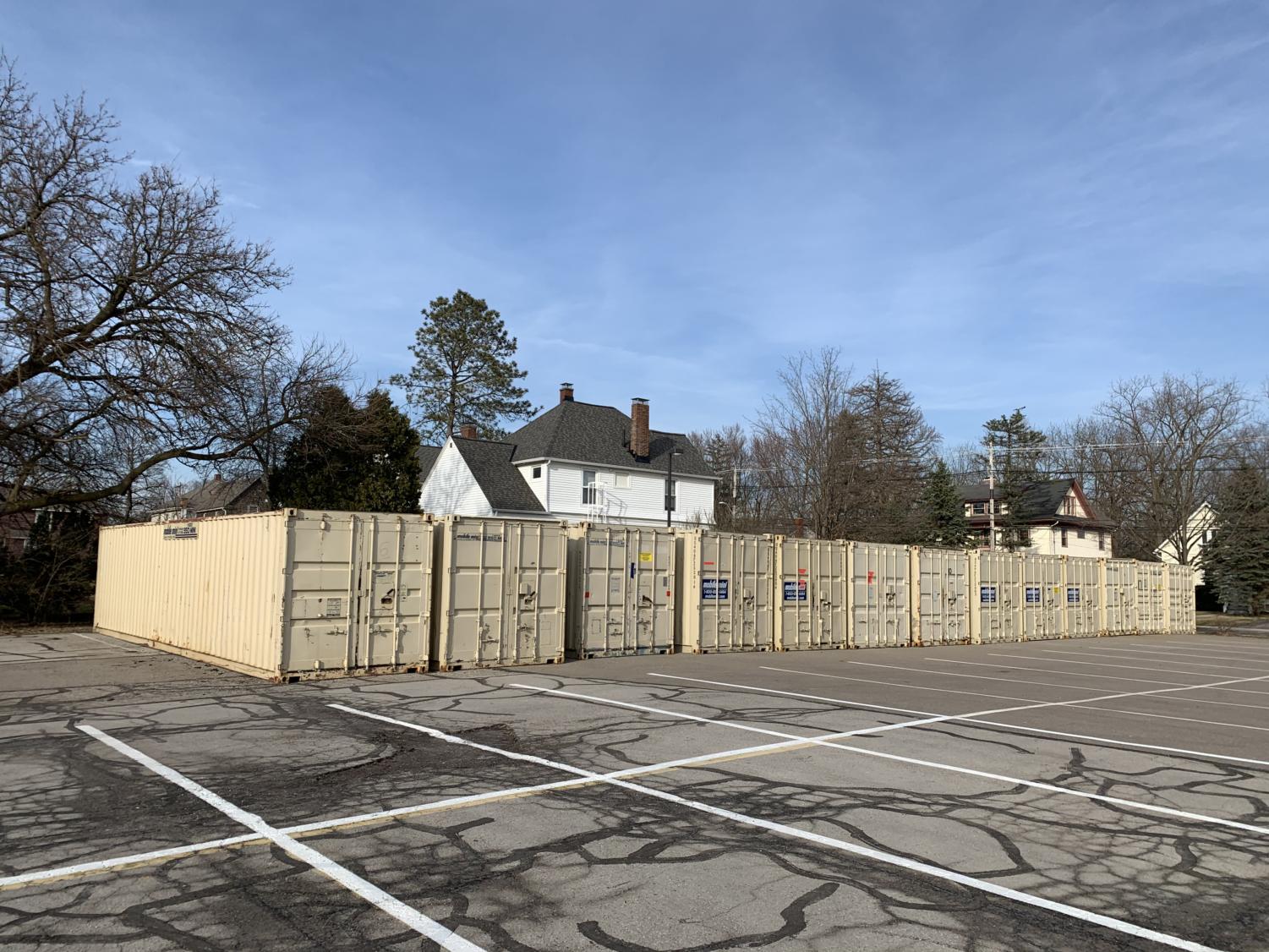 A year after students had to depart campus suddenly due to the COVID-19 pandemic, 13 trailers full of students’ missing belongings are still sitting behind Kander Theater. The College has been unable to reunite many students with the items they left in dorm rooms and Village Housing last March. The majority of the outstanding items are in the trailers, but further piles of items are being stored in the South Dance Studios and in Asia House.

Last March, students were asked to leave any belongings they could not take with them in school-issued boxes and in their closets and drawers. In a May 1 email, the College assured students that all items would be returned to their owners upon students’ return to campus.

The College returned many lost belongings to students last fall, but challenges with unlabeled and unboxed items meant that some items were not properly matched with arriving students. In an email to the Review this week, Vice President and Dean of Students Meredith Raimondo reiterated that the College faces significant obstacles in returning lost belongings.

“2,600 people left campus in a short window because of the pandemic, leaving their belongings in various states of order,” Raimondo wrote. “The College has done everything possible to manage the volume of personal items in this unprecedented health emergency.”

Upon returning to campus, some students were surprised to find their new rooms filled with boxes and items that were not their own. While the College has issued directions for retrieving stored items — and what to do with the mystery items found during move-in — many students are still waiting for their stored belongings to appear.

“Especially in the early stages of this, people weren’t sure where to reach out and sometimes were directed to a bunch of different people,” said Arman Luczkow, a college third-year and the chair of Student Senate’s Health and Wellness Working Group.

College fourth-year Michelle Liu was one student impacted by the College’s misplacement of students’ personal items. After not being able to reach the Office of the Dean of Students, she was directed to various point persons in Residential Education, but no one seemed to have a firm grasp on who was in charge of the conundrum.

However, the Office of the Dean of Students maintains that students can contact ResEd to retrieve their items or have them shipped, and that there have been multiple avenues for students to retrieve their lost belongings. The College has sent students a Google Form to report missing items and to organize pickups or deliveries.

Locating items at the storage site can pose an additional challenge. Two trailers are dedicated to items that were not placed in boxes. Upon seeing the contents of the trailers, Liu described them as so “full to the brim” that she could not step into them to look around.

“South Dance Studios had a lot of the boxes that were not labeled, or they had just a number on them,” Liu said. “A lot of items were thrown in trash bags with numbers on them, and there are also a lot of boxes that are not labeled.”

Liu also said she observed boxes that had student contact information on them, but had not been sent to their respective owners.

Matt Kubach, a staff member in Oberlin College Transportation who was tasked with organizing the return of students’ belongings alongside coworker Karla Williams, said that the College assembled a five-person team to create an inventory of the contents of the 13 trailers and transport the stored belongings to the appropriate students.

“I could blame a lot of people for making a lot of mistakes in the process, but the bottom line is that it should be all of our responsibility to get the student’s belongings back to them quickly,” Kubach said.

Frustrated with the loss of their belongings, some students have attempted to take matters into their own hands. A group of students started a Facebook page called Oberlin 2020 Lost and Found to help people connect with each other and return lost items.

“There’s been some talks about possibly creating an online catalogue of items, like taking pictures that students can look through online,” Luczkow said.

Luczkow asserts that the issue of lost items is a deeply personal problem for many students that compounds difficulties they already face during the pandemic.

“I think it’s understandable that mistakes were made during a pandemic,” he said. “But I think we’ve become so laser-focused on safety with COVID that we’ve neglected other things that are also important and that are also affecting a lot of the student body.”

Fourth-year Max Kraemer is one of the students who has been unable to locate his missing belongings.

“There’s so much that I don’t know that was lost, but there’s also things that I know were lost,” Kraemer said. “I had a bunch of my grandpa’s sweaters and clothing that I kept for sentimental reasons, and those are all gone. Also, I had my entire collection of books that were both personal and for school, so I probably lost over $1,000 worth of books that I’ll never get back.”