Victor Lau, OC ’17, Founder of Alternative Men’s Magazine He, Him, His 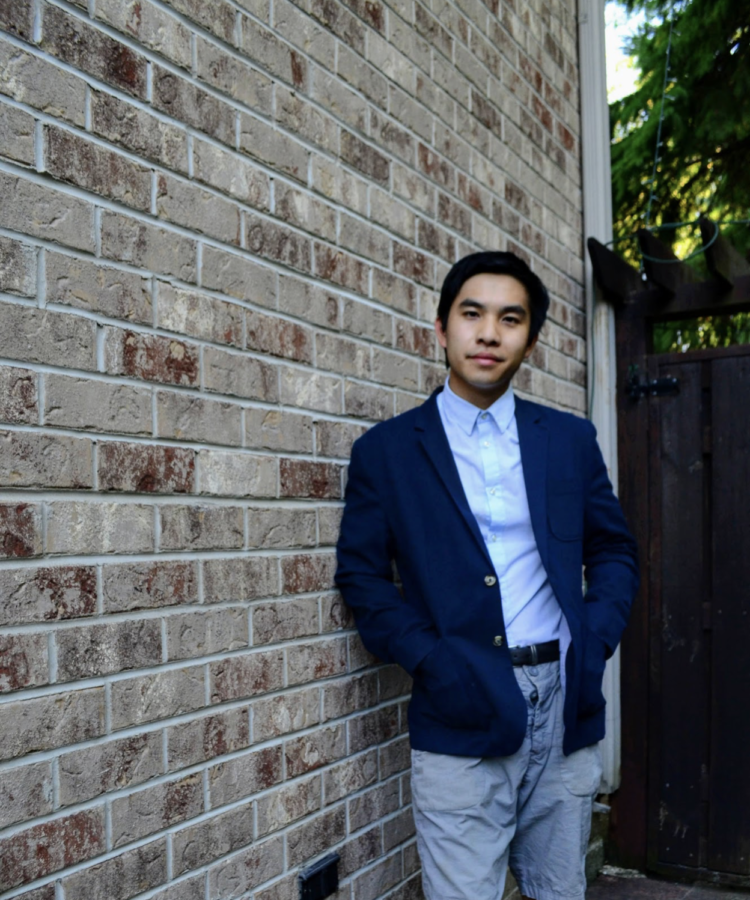 Victor Lau graduated from Oberlin College in 2017 with a degree in Biology and Environmental Studies — as well as a dawning realization that a postgraduate STEM degree wasn’t for him. Three years later, he found himself trapped indoors with an ankle injury amidst a global pandemic. He threw himself into founding He, Him, His, a magazine designed to push the boundaries of modern masculinity that he hopes to grow into a culture-changing business.

What did masculinity mean for you growing up, and how did that change when you came to Oberlin?

Growing up, the only men’s magazines that I knew of were GQ, Esquire — and that was kind of it. They would push a certain image of who a man should be — not a lot of supportive things, and very unrealistic expectations. It seems like the narrative the media uses for a lot of male celebrities, musicians, and even politicians, is someone who’s very stoic, very emotionless, and flawless at the same time. There are so many different parts of it, depending on the type of media. And so I thought that’s what a man should be: how they should dress, how they should look, and how they should act.

My idea of masculinity was also formed by the high school experience and being around the popular guys. They were very white, rich, and popular with girls and all that. But then when I got to Oberlin, one of my first experiences was the Frisbee team, seeing how open it was to all kinds of different dudes. They were constantly trying to work at that. I played a lot of sports in high school, and on most of my previous sports teams, it was nothing like that. It was very much your stereotypical high school masculinity.

Being on a sports team at Oberlin was an eye-opening experience. I realized that I could be whoever I wanted, seeing other dudes do whatever they wanted with no judgment. I realized that masculinity isn’t so much a mold, but a lot wider than that. I cast aside those notions and made a framework for myself.

How did you go from graduating with two STEM degrees to starting a men’s magazine?

I graduated from Oberlin and realized that I did not want to go to medical school or get a Ph.D. or Master’s degree. Since the next best thing I did at Oberlin was the co-ops, I leveraged the food experience into doing operations for a catering events company. I loved it, but eventually, I f**ked up my ankle too many times.

I had to move back home, and while I was sitting on the couch recovering, I was trying to figure out ways to make money — how to start a business with something I don’t have to invest a lot of money in. I was just typing things up and reading what other people did. And then when the pandemic hit, I went at He, Him, His at full force. Essentially then, the blueprint of He, Him, His took everything that’s covered in GQ and Esquire and then pitched it in a more Reddit-esque tone, taking that language. My contributors are people I’ve found off of Fiverr and Upwork, but most of the interviews are from Oberlin people and they give me a lot of ideas.

What message are you trying to send about masculinity?

Essentially, what I’m trying to convey is masculinity doesn’t have to be a serious thing. I hope to draw people into a greater conversation about how masculinity isn’t what it’s been depicted to be, and create a community of alternative views. I’m trying to push individuality.

What response have you gotten from your readership?

It’s been all over the place, but overall good. It’s hard for me to try to capture all those audiences with such a broad niche. If you look at a lot of other media companies, they’ll have different correspondence for different programs and topics, and so that’s where I’m struggling. Sometimes it’s a little bit all over the place. Because of how social media works, the algorithm will push certain kinds of content. So if I was just a meme page or a fashion page, it would push that. But because I’m too general, it makes things kind of confusing.

Where I’m struggling right now is I’m trying to become a digital media magazine with just one person. I don’t really love journalism. I just like entrepreneurship and starting my own thing, but there’s just not a lot of people in business at Oberlin. I’m trying to get other people to profile, but have yet to get any co-founders. If you happen to know anyone that wants to co-found on it with me, you let me know. My next step is to try to get an MBA.

He/Him/His is searching for Oberlin students and alumni interested in becoming co-founders or contributors. Interested parties can reach Lau at  [email protected].