The Beats Were Sick, The Floors Would Stick: Obies Miss the ’Sco 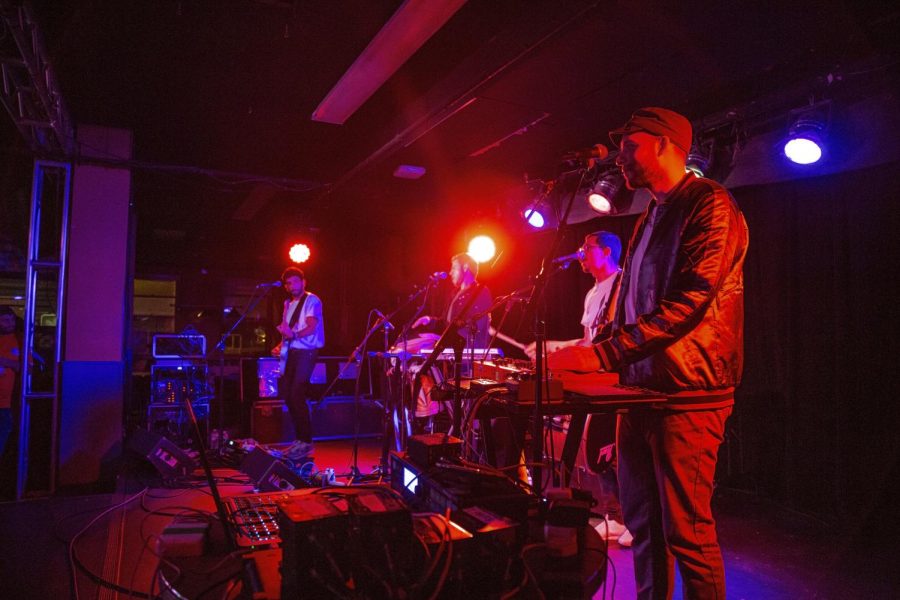 47Soul plays a show at the ’Sco in the venue’s pre-pandemic heyday.

As spring returns to Oberlin, so do beloved campus traditions and scenes, like the familiar sight of students sprawled in Wilder Bowl to soak up the spring sun. With the rollout of vaccines in Ohio this month, things are looking up even for currently prohibited Oberlin traditions. Among these are the weekly DJ sets and concerts held at the Dionysus Disco in Wilder Hall’s basement, better known simply as the ’Sco — a beloved space among Obies for generations.

In past years, the ’Sco served as the go-to rendezvous spot for students seeking to unwind after a grueling day of classes. Concertgoers have long cherished the intimate environment of ’Sco performances — the venue provides proximity to students’ favorite acts and artists that would be unattainable in a different location. Some artists also take advantage of the low-stakes atmosphere to preview unreleased work or perform less mainstream songs. Alex Eisenthal, OC ’20, particularly enjoyed a 2016 show in which Queens rapper Bas graced the stage.

“He really vibed with the crowd and recognized that we really knew his music,” Eisenthal said. “A lot of people listened to his stuff prior to him arriving. He received good energy and gave it back. It was one of the only times where I felt a personal connection.”

Crowd participation is a vital part of the makings of an epic show. The ability to be up close and personal with your audience in a smaller venue like the ’Sco is a crucial opportunity to turn a disengaged, passive concertgoer into an avid fan of an artist’s catalog.

“It’s really about getting the right kind of exposure even more so than dropping really good music,” said Folajimi Odekunle, OC ’18.

Many artists who perform at the ’Sco opt for live accompaniment rather than traditional backing tracks to their songs. This musicianship is something that a campus full of singers, composers, and instrumentalists can hold in high regard.

“Sometimes I think people really don’t realize how important the live show factor is — if you can put on a good show and get in people’s faces,” Odekunle said.

Oberlin is notorious for inviting heavyweights of the music industry to come and perform on campus. Concert attendees here welcome genres ranging from pop and jazz to indie and folk music with open minds and attentive ears. Talya Westbrook, OC ’95, had the chance to witness jazz giant McCoy Tyner, who passed away last year, perform on campus. Tyner is recognized as one of the most influential jazz pianists in history, playing a key role in groups led by the likes of Miles Davis and John Coltrane during the ’60s.

“I felt like I was seeing a legend and felt extremely privileged,” Westbrook said. “I recognized as a twenty-something that I was looking at this elder statesman. It felt very special to hear him perform. I got there extra early because I wanted to be on the side of the keyboard.”

Some other notable performers graced the ’Sco’s stage during Westbrook’s time at Oberlin, including ’90s hip-hop group De La Soul, jazz-fusion band Béla Fleck and the Flecktones, and the Beat poet Allen Ginsberg — to name a few.

As more people get vaccinated and the world begins to open back up, students are anxious for the ’Sco to reopen its doors as well. The energy, excitement, and atmosphere that this space has provided to the Oberlin community are sorely missed. The ‘Sco provided a home for many Obies’ most beloved campus memories — and even as it sits empty, it’s just waiting for students to make even more.