You Weren’t Ugly in Middle School: How Changing Fashion Trends Affect Our Self-Worth 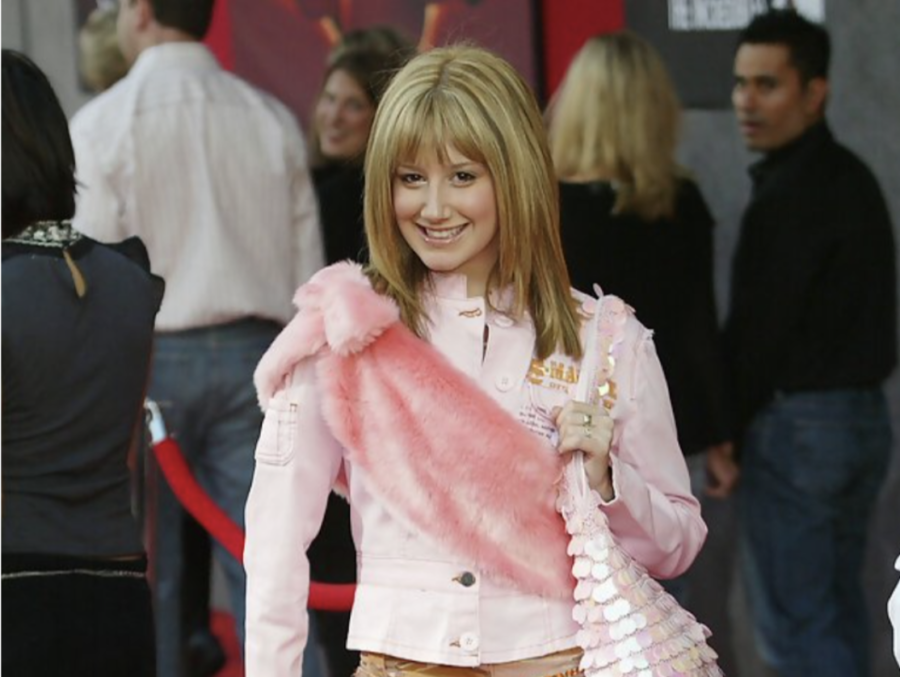 Ashley Tisdale at the premiere of The Incredibles in 2004.

When Ashley Tisdale posted a picture of one of her 2004 Disney Channel red carpet looks to Instagram many years later, she condemned the outfit as “cringe-worthy.” However, Tisdale’s post provided a crucial opportunity to investigate trends that move the dial of what body types and aesthetics we deem acceptable — because attempting to achieve the standards of the cultural moment can manipulate our self-worth.

Tisdale’s orange and pink faux-military ensemble is typical of the Y2K style of the early 2000s, which — while occasionally mocked over the last decade — is currently experiencing something of a renaissance among today’s youth. Thanks to platforms like Instagram and TikTok, as well as fashion re-selling apps such as DePop — formerly disgraced hallmarks of the era such as layered tops, body glitter, and low-rise jeans are cycling back into fashion.

The ever-changing nature of the fashion industry — and how it invades and degrades our sense of self — is no secret. The back and forth between minimalist and maximalist fashion has been going on since the fin de siècle. As Y2K fashion comes back into style, many who grew up with that look and subsequent trends see an opportunity to interrogate the fashion’s original context. College third-year Diwe Augustin-Glave grew up in the minimalist movement of the 2010s and the contemporary revival of early-2000s Y2K fashion.

“As mainstream culture starts to borrow from that era more and more, I think we have to think about what type of people we are uplifting and who we are letting dress that way,” Augustin-Glave said. “A lot of times, society will bash certain body types [that] are engaging in certain trends.”

The fashion industry moves in cycles, with each new movement responding to the last. Oftentimes, as a new trend comes into vogue, less and less space is carved out for each body type, leaving large swathes of people out of the runway picture.

“If you have a muffin top or just stomach fat, it’s very different than if you are just skinny and wearing low rise jeans or a crop top or something like that,” Augustin-Glave said. “I think that it’s a lot of fun and I enjoy it. And I also have a muffin top and fat and I enjoy doing those things ’cause I don’t care as much, but I think that it’s important that we let everybody enjoy the aesthetic — all body types.”

In the past 10 years, we’ve also seen a significant decrease in the separation between the fashion choices made by and marketed to tween and teenage girls in contrast with those for adult women — providing fodder to examine our current style trends, too.

“I feel like we don’t recognize the fact that we live in a patriarchal society, but we’re also in a very pedophilic society,” College first-year Graciela Fernandez said. “And I don’t know if we can actually reclaim … our bodies if we’re still almost encouraging this pedophilic standard because then it’s not our bodies. We’re still performing for other people.”

Social media puts significant pressure on young girls to dress and act older than their age — something that was not as prevalent in previous generations. The closing of tween fashion stores like Justice demonstrates just how severe this transition has been, as tweens lose interest in ownership over their own categories of fashion.

One of the major contributors to the pressure on young girls is “glow-up culture.” What originally started as a movement to emphasize mental, physical, and emotional growth quickly turned into an opportunity for people to rag on their teenage and pre-teen selves. The toxicity of this movement was felt the hardest by young people on social media who saw themselves in the detested “before” pics.

“Growing up, I always thought Y2K fashion was very cool,” College third-year Imani Badillo said. “But I didn’t feel like I could dress that way because I was chubby. … I feel like social media isolates people. Everyone’s only seeing the most photogenic parts of people’s lives.”

Fashion changes rapidly, and there will always be criticism when we look at the style of previous generations. Nonetheless, it’s important to remember that styles change and we change with them. So maybe next time we look back at our younger selves and their closets, we’ll do so with a kinder eye.

And just for the record, you weren’t ugly in middle school.