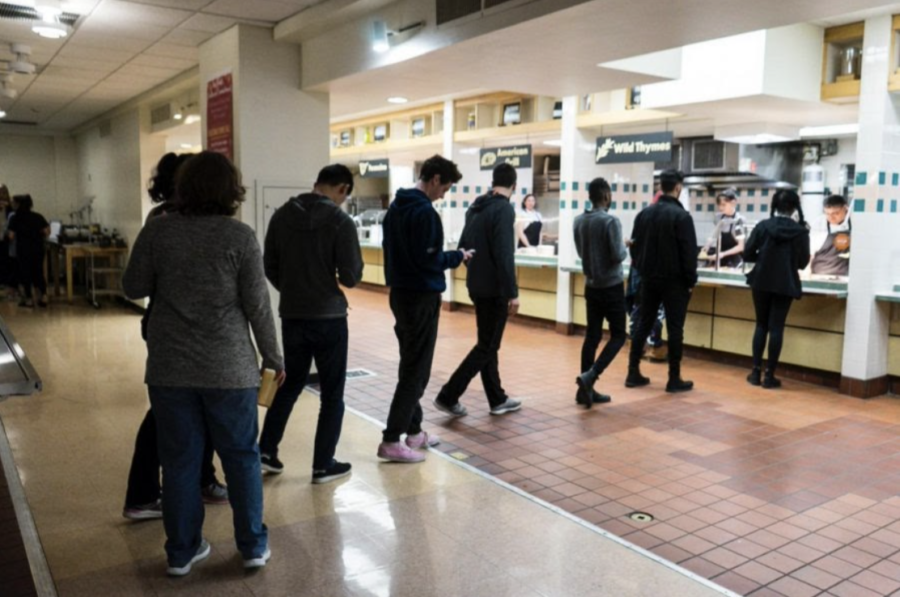 Dascomb fourth-meal was a beloved Oberlin tradition for the class of 2021, before it was phased out in fall of 2018.

As the spring semester draws to a close, the class of 2021 is reflecting on the many, many, many changes that have occurred in Oberlin over the last four years. From a new college president to the Academic Administrative Program Review to a global pandemic — and with massive overhauls to the campus dining experience every year — graduating fourth-years are leaving a very different Oberlin than the one they first met in 2017.

Many aspects of student life from 2017 no longer exist. Dascomb Hall’s Fourth Meal, in particular, is a beloved memory for many reminiscing fourth-years. At the end of the day, students would trek to the former Dascomb Dining Hall for the late-night music, lights, comfort food, and friendly social ambience.

For College fourth-year Elmo Tumbokon, Oberlin’s internet culture was a central part of student life that he has seen wane over the years.

“A huge component of Oberlin culture that isn’t present now is Facebook culture,” Tumbokon said. “The Oberlin Memes for of Color Teens page used to be such a Mecca of people being hilarious. Now it’s just people posting every five minutes being like, sorry, not a meme, but here’s an event that’s happening. … We haven’t had a meme in over three years.”

But it’s not all bad — Oberlin has also gained new valuable student life activities. Mitchell’s favorite new addition is the YeoFit program, a spate of communal exercise classes in the new wing of Philips gym which finished construction in 2018.

“I did play a sport, but then after quitting, it was a really big piece that I was missing and I liked organized group activities,” Mitchell said. “Working out by myself was just not it — I was either just not going to do it at all or I was doing it and I was just not happy. I really, really enjoy having [YeoFit classes].”

Conservatory fourth-year Anne Pinkerton serves as the treasurer for Oberlin Students for Gender Inclusivity in Music. OSGIM, along with other student organizations seeking to make the Conservatory more equitable, have seen significant advances in student leadership over the course of her time in the Conservatory.

“We, as OSGIM, have done some things; there’s also the [Black Musicians Guild,] and a lot of other identity-based music groups like the Latinx musicians, that have been doing a lot of really cool things and have taken leadership of what’s going on in the [Conservatory],” Pinkerton said. “The culture of the Conservatory being very academic, white, conservative, I think hopefully …  is changing.”

Tumbokon also notes the ways that Oberlin students have organized for both structural change and mutual aid, throughout the years’ tumultuous social and political events.

“We were the year after Gibson’s, and there was renewed interest in what does campus organizing look like, which came to the fore very promisingly during AAPR,” Tumbokon said. “Oberlin Beyond Austerity, Oberlin People’s Assembly, … all of these new networks of giving and this renewed faith and care and kindness to Oberlin students is what I admire most about these past four years.”

The class of 2021 is also the first class that President Carmen Twillie Ambar has guided from orientation all the way to graduation — and watching the class she came in with move on is hard.

“The truth is, it’s painful,” President Ambar wrote in a message to the Review. “It’s always bittersweet when the class you arrive with graduates. It’s bittersweet because you have never known the campus without them and therefore continuing without them is hard to do. On the other hand, the sweet part of it is that you’ve watched students grow and change and come into their own in such wonderful ways and it gives me a sense of pride knowing that they are fully prepared for all that will meet them — in part because of the connections our students have at Oberlin.”

Mitchell is very grateful to be in President Ambar’s first class. When she first arrived on campus, she was inspired and reassured by Ambar’s orientation speeches.

“I was very in awe the way she spoke, just so eloquently,” Mitchell said. “I feel like every time, whether she was trying or not, something that she said motivated me or inspired me … it’s cool to be able to see my own personal growth … and to be able to allow her to grow in this position as well as seeing us grow in the same way.”

For Ambar, the feeling has been mutual.

“Whenever you show up to a new place, it’s one of your concerns as president: Will the students like me?” President Ambar wrote. “Will we be like-minded in our desires for what is best for Oberlin? And I can say without hesitation that I have felt fully embraced by Oberlin students. Not that we have agreed on everything, but we have agreed on the most important things. So, I will miss this group of students immensely.”

In many ways, the experience of the class of 2021 has been defined by continual change. Mitchell sums up her class experience with the word “resiliency.”

“I think it speaks volumes that we were able to remain a community in the wake of all these changes,” Mitchell said, “There can’t be any more changes than what we experienced in our four years.”

Tumbokon tweeted in March of 2021 about all that has changed since 2017. He had been planning the message since his sophomore year before many of the changes Oberlin has seen since had even taken hold. Yet its descriptive air still provides a nostalgic balm for any fourth or fifth-year’s weary heart. 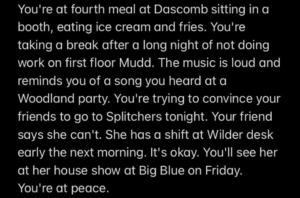