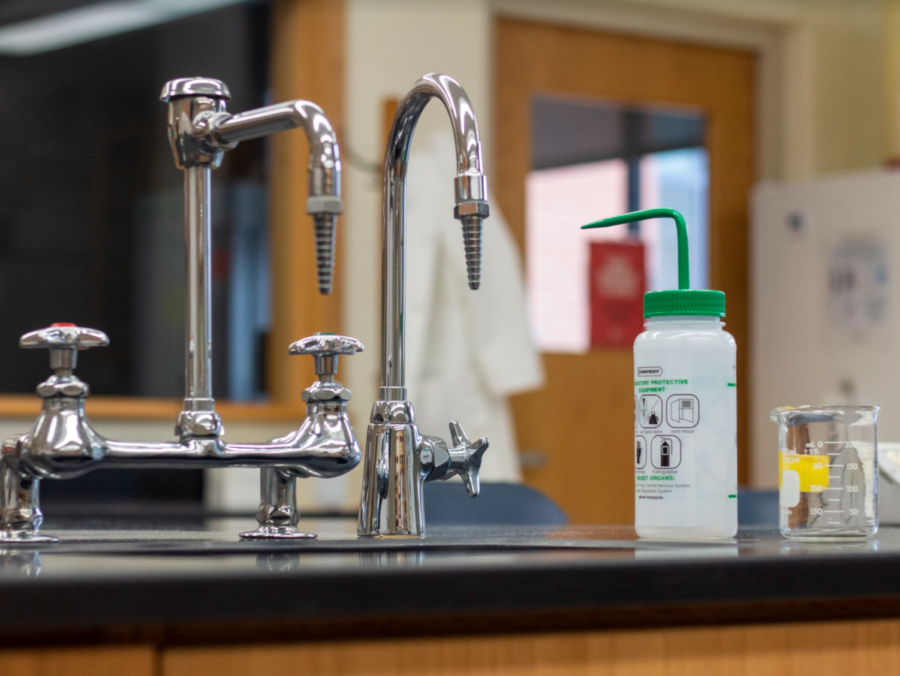 Students in STEM departments have reacted over the last few weeks to accusations of racism and discrimination within the departments.

Two weeks ago, the Biochemistry Department hosted a listening session to allow students to share concerns about diversity and inclusion within the department. The meeting came after an opinions piece published in the Review elicited a strong reaction from students, faculty, and alumni.

In the original article, College fourth-year Ritesh Isuri discussed their experiences with racial and gender-based discrimination in the Biochemistry and Physics departments. According to Isuri, they have received over 300 messages from students and alumni who resonated with their story.

“I think one thing that was really surprising to me is the sheer amount of emails,” Isuri said. “I’ve got messages and texts as responses from students. [Students and alumni] have been telling me I’m not the only one; they’re also having issues like that. And they did share a few personal stories with me. It’s just insane to think 300 students have reached out about these things and that so many of them are alumni. So how long has this been going on?”

“There were stories of students who felt like they had experienced a microaggression at best or something more severe at worst wanting to see change,” Hill said. “I think so much of that problem exists because of the boundaries and the communication that we have.”

After the listening session, Hill developed ideas that he could bring to faculty to enhance discussions around equity in the department. He plans to meet with the faculty to share student concerns and encourage faculty to incorporate discussions of inclusivity inside the classroom.

In addition to eliciting responses from students, Isuri’s op-ed also garnered the attention of faculty. Some were surprised when they read the article because they were unaware of the discriminatory treatment within Oberlin academic departments.

“I’m really close to my professors, which is why they were shocked when I told them about these things,” Isuri said. “They were like, ‘Oh, I’m close to you. I did not know you had to go through all these things at Oberlin.’ It is insane, but I am not alone, this happens to everybody — to everybody who looks like me. Although I was disappointed with the initial surprise, I just think they needed the time to process it. And now what I’m seeing is they are willing to take actions. I’m happy about that.”

After digesting this information, faculty have committed to making changes to ensure that the Biochemistry department is more inclusive — including changes that specifically respond to the concerns voiced by international students.

“We never want to see students in bad situations,” said Associate Professor and Chair of Chemistry and Biochemistry and HHMI Program Director Jason Belitsky. “I think everyone on the faculty responded in that way; we wanted to do whatever we can to make the department as welcoming and inclusive as possible and avoid any negative situations that have happened in the past or are still happening.”

The Biochemistry department has promised to expand research opportunities, review departmental awards, and bolster general support for international students. The department is also planning an alumni listening session with the hope that former students will feel more comfortable speaking to faculty about problems in the department.

Other STEM departments are also examining their practices. This past year, three departments have established Departmental Action and Reflection Teams, an HHMI process aimed at improving inclusivity in STEM. Next year, another four departments will assemble DARTs, including Biochemistry.

Hill hopes that DART will give departments more tools to have these kinds of conversations next year. Departments that went through the DART process this year were able to enact changes to improve inclusivity — for example, Geology strengthened the student representatives’ role in the department and instituted a more democratic process for their election.

Isuri’s op-ed resonated with Yasmine Ramachandra, OC ’19, who hopes that the article will continue to spark dialogue.

“It reflected a lot of my experiences and also just affirms how I felt while I was at Oberlin,” Ramachandra said. “Previously, when I had talked about things, it was always within the department, and it was never some external force putting pressure on the department, which is why I really appreciated what [Isuri] wrote.”

Going forward, Ramachandra hopes to see continued changes. She believes that STEM departments should focus on recruiting more students of color, specifically Black students, and create a more permanent position for diversity and inclusion than the current HHMI fellowship.

Additionally, Ramachandra believes that there is a need for more avenues to hold students and professors accountable for their actions. While the Office of Equity, Diversity, and Inclusion exists to help students report instances of racism, not all students are aware of this resource.

“[In the Geology department,] I know there are conversations about making more obvious ways of reporting any discomfort going on in the department, whether it’s with a particular professor or student, or if there’s unsafe lab practices that you want to address,” Hill said. “Obviously the College promotes going to Title IX, if there are those sorts of things. But besides that, I don’t know that there is any sort of process laid out of how to bring these up in a way that that feels appropriate.”

For students, the patchwork set of processes for getting help might include talking to Hill directly, reaching out to a trusted faculty member, or talking to other students. Faculty often hear about incidents secondhand or thirdhand.

“I’ve opened up chair office hours,” Belitsky said. “That’s one avenue, but I think that’s definitely something for us to work on — is to have better routes of communication for different concerns.”

Reporting problems to a department chair can often be difficult because of a chair’s close relationship with their faculty members, as well as the lack of protocol around accountability measures. Additionally, some students may hesitate to speak to department chairs because they are concerned about retaliation. Ramachandra spoke to a negative experience that she had in conversation with a professor.

“There was one point where I complained multiple times about a professor who is no longer at Oberlin,” Ramachandra said. “I remember trying to go to office hours to get feedback on a test and [earn] points back when my answer was the exact same as my friend’s answers who got full credit, and I didn’t get any credit. That professor was so disrespectful to me and alluded to things that I had brought up when meeting with the department head at the time. So I know that this particular professor had heard what I said, and I felt like it was being thrown back in my face.”

For Ramachandra, this conversation was exemplary of her experience trying to confront issues in Oberlin’s STEM departments.

“It felt like they were saying, ‘I’m not going to help you because you complained about me,’” she said. “But the thing is that when I bring up criticism, it’s not because I want someone fired; it’s because I want to see action being taken, whether it’s a conversation or disciplinary action.”

Concerns about retaliation are especially salient for students in STEM departments who need strong grades and letters of recommendation to apply for graduate school. For international students, grad school acceptances or job offers are often essential to ensure their immigration status allows them to stay in the U.S. after graduation.

“I also wish [departments] had some sort of process … that outlines the steps [professors] need to take when they treat their students differently … and these [steps] are like disciplinary actions,” Ramachandra said. “I just don’t see a ton of policy [for] accountability. I see a start of conversations about accountability, but there’s nothing really integrated into the foundation of the department yet.”

If a student has experienced discrimination they are encouraged to report their experience to the College using this link. Students are also invited to share their experiences with the Review at [email protected].