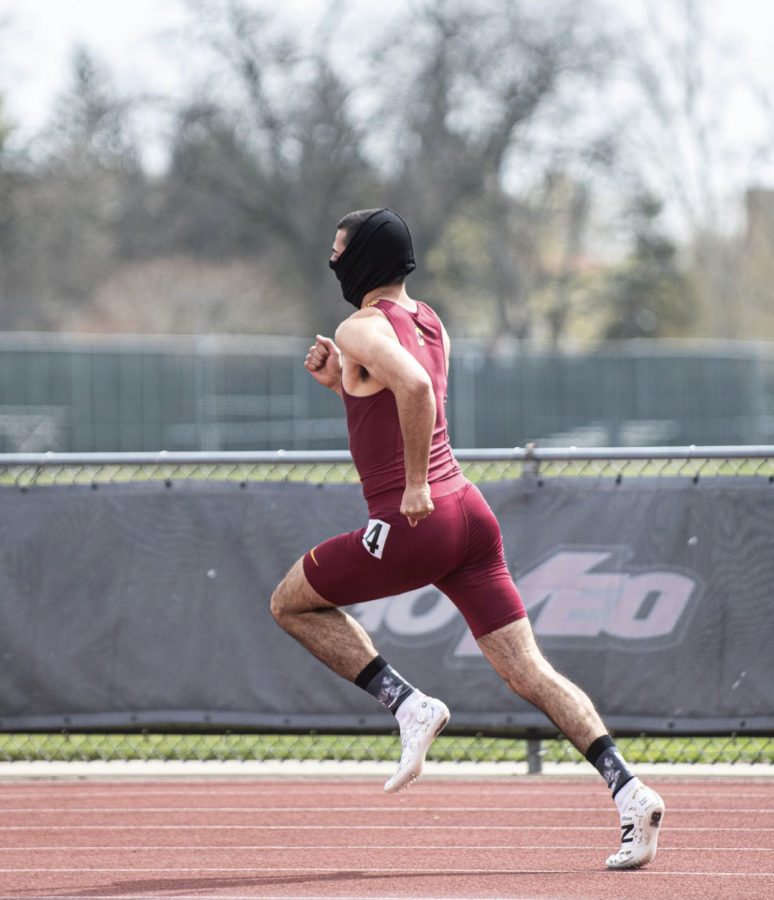 After a year without competition, both the women’s and men’s track and field teams pulled out all the stops to secure a nationally-ranking start to their season on April 3. Competing against Allegheny College, several Obies set personal bests, and others scored high enough to come within range of national championships.

In a tone-setting performance, College fourth-year and team captain Adriano Atallah ranked 13th in Division III across the country for the men’s 100-meter dash. This tied him with Oberlin’s 34-year record of 10.84 seconds and placed him first in the North Coast Athletic Conference. He also nationally ranked fifth for the men’s 200-meter dash, finishing in 21.79 seconds. His ranks have since fallen to 23rd and 12th, respectively, but Atallah will continue working toward nationals for the 100-, 200-, and 400-meter dashes.

“I was super excited,” Atallah said. “My practices up to that point had looked really good, but you know, not having competed for a year, there’s always tons of question marks involved.”

As team captain, Atallah makes an effort to cheer for each of his teammates on meet day, while also striving to set an example for them during practices.

“My outlook as a captain is that I have to set an example at practice,” Atallah said. “I’m there everyday showing people how I take practice seriously. Then I have no reason not to trust the fact that I will be able to translate that into a good performance. So, on meet day, I’m just there to have fun.”