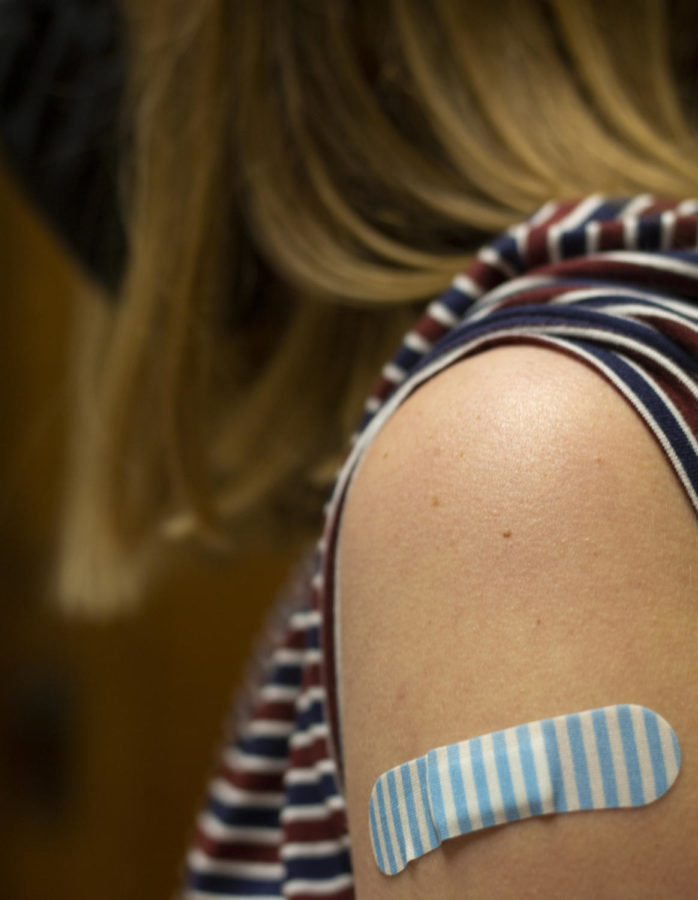 Oberlin College administered nearly 600 shots of the Johnson & Johnson vaccine during a clinic at Hales Gymnasium this weekend.

The Federal Drug Administration and the Centers for Disease Control and Prevention recommended pausing distribution of Johnson & Johnson’s COVID-19 vaccine yesterday, citing six cases of severe blood clotting in individuals who had recently received the vaccine. The news comes after the College inoculated nearly 600 students, faculty, and staff with the Johnson & Johnson vaccine in a clinic that ran from last Friday through this Monday.

However, the clotting appears to be an extremely rare event. According to the joint statement released by the FDA and CDC yesterday, six people experienced a severe blood clot out of the 6.8 million people who had received the Johnson & Johnson vaccine in the U.S. as of April 12. All of the six cases appeared in women between the ages of 18 and 48 between six and 13 days post-vaccination. Even so, the health organizations recommended pausing distribution of the vaccine out of an abundance of caution while they conduct further reviews.

In an ObieSafe update email yesterday, the College wrote that there have not been any serious concerns related to the vaccine within the campus community so far.

“No one … has reported serious, extended side effects from the shots, and incidence rates indicate that it would be unusual for someone vaccinated at the clinic to develop blood clots or other serious complications,” the ObieSafe email read.

According to COVID-19 Campus Health Coordinator Katie Gravens, the College has 1200 remaining doses of the Johnson & Johnson vaccine. The College is currently in conversation with Lorain County Public Health and the state of Ohio to determine what to do with the remaining vaccines on campus. The College did not have plans to offer appointments after the clinic concluded last Monday. However, Gravens says that the College may offer another clinic with approved vaccines in the summer for returning students.

“Overall, I’m really grateful we got it as soon as we did,” Wong said. “People back home don’t have the vaccine, or aren’t eligible yet, and so first and foremost I’m very grateful for that. I’m also just looking forward to the rest of the year now — I feel like this was kind of a cloud that was hanging over everyone’s heads … and so now that we’re done with that, I can look forward to the rest of the year.”

Wong’s feelings about the vaccine haven’t changed since the FDA and CDC’s joint announcement.

“In my opinion, the benefits absolutely outweigh the risks,” Wong wrote in an email to the Review. “Six women out of 6.8 million vaccinated? I’ll take those odds if it means that the people I care about can be safe around me. Of course, I’ll still be watching for additional reports that shed more light on the potential side effects of the J&J vaccine (or any vaccine that’s in use right now), but right now I don’t see a reason to be worried.”

If you experience symptoms including: headache, abdominal pain, leg pain, or shortness of breath up to three weeks after receiving the Johnson & Johnson vaccine, please contact the Mercy Allen Hospital emergency department at 200 West Lorain Street at (440) 775-1211, and notify the Campus Safety Office if symptoms are severe at (440) 775-8444.