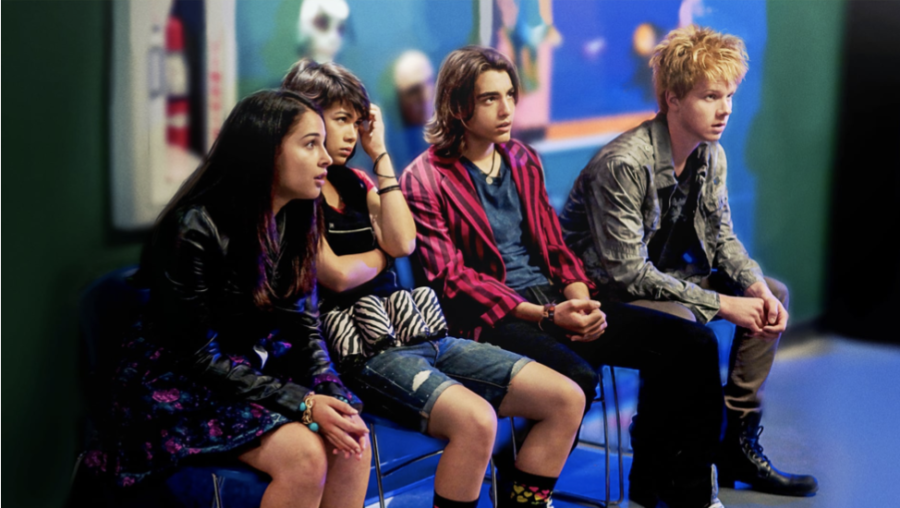 Be Heard. Be Strong. Be Proud.

With those six words, Lemonade Mouth became immortalized in the pantheon of Disney’s greatest creations. Other films, like the iconic High School Musical, Halloweentown, and The Cheetah Girls may have been better. They may have left a larger imprint on children’s entertainment. But there is something undeniably special about Lemonade Mouth.

The film features a group of misfits who form the titular band one afternoon in detention. Soon, Lemonade Mouth and its music become a voice for the voiceless in their small town and, eventually, the world.

With the 2011 film celebrating its 10th anniversary this past Thursday, Apr. 15, now is the perfect time to look back on what made this film so unique — and acknowledge that Lemonade Mouth is the best Disney Channel Original Movie at being a DCOM.

A DCOM needs a protagonist we can root for. For Disney, a likeable protagonist just means shoehorning one of its popular child actors into a movie. Sometimes this works (see: Corbin Bleu and Keke Palmer in Jump In!) and sometimes it doesn’t (see: Mitchel Musso and Jason Dolley in Hatching Pete). Luckily, the familiar faces in Lemonade Mouth, Bridgit Mendler and Adam Hicks, are just as likeable and amazing as they are in Good Luck Charlie and Zeke and Luther, respectively. The rest of the band, composed of Blake Michael, Naomi Scott, and, of course, Hayley Kiyoko, is equally fantastic. These five leads are expertly cast and do a phenomenal job taking their characters from a group of misfits and loners to a Madison Square Garden-booking band.

Surprisingly, DCOMs don’t often feature outright villains, instead opting for more complex antagonists who are redeemed at the end of the movie and/or internal conflict. This is best typified by the High School Musical franchise, in which Sharpay and Ryan were technically the antagonists but were never truly viewed as villains by the audience.

It could be argued that this is where Lemonade Mouth stands out — because its villains are over-the-top villainous. Chris Brochu as Ray, lead singer for Mudslide Crush and jock, is absolutely and unforgivingly awful to basically every other teenage character in the film, while also playing innocent in front of the adult character. Nick Roux as Scott is the quintessential henchman and is extremely manipulative toward other characters. Meanwhile, Christopher McDonald is deliciously evil as the principal who only cares about sports and money.

Sure, when the film ends both McDonald’s and Roux’s characters have been redeemed, but Brochu’s has not. Lemonade Mouth managed to lean on familiar DCOM tropes, while also breaking new ground in the DCOM cinematic universe.

Very few non-musical DCOMs can reach greatness. Think about it. Only about half of the Halloweentown movies are truly great. After that you’re looking at names like Cadet Kelly, Wendy Wu: Homecoming Warrior, and Get a Clue. Sure, all of those movies are fantastic, but when you think DCOM, you think High School Musical, or The Cheetah Girls, or Camp Rock. This tells us that music, although not a requirement, definitely helps you propel up the list of DCOMs. And boy oh boy, does Lemonade Mouth have some bangers.

Evidenced by its peak position of number four on U.S. Billboard 200 charts, the 10-song soundtrack is amazing. It has powerhouse songs (“Breakthrough” and “Living On a High Wire”), heart-wrenchingly beautiful songs (“Somebody” and “More Than a Band”), and songs for your workout playlist (“And the Crowd Goes” and “Don’t Ya Wish U Were Us”). Among all of these fantastic demonstrations, two songs stand above the rest: “She’s So Gone” has been deemed a feminist anthem — and that doesn’t even begin to cover it. It chronicles a character’s journey from living for others to living for herself — and actress Scott absolutely crushes it. The other song “Determinate” is a song for the revolution. Which revolution, you ask? Literally any of them. Oh, and Hicks is a better rapper than your favorite rapper. Argue with yourself.

DCOMs have taken place in almost every setting imaginable. Space? Zenon: Girl of the 21st Century did it. The beach? Teen Beach Movie and Teen Beach Movie 2 exist and are incredible. In my life I’ve seen more DCOMs set in Vermont (one, Johnny Tsunami) than I’ve met people from Vermont (zero).

So setting in a DCOM is flexible. But setting a DCOM in an educational setting almost guarantees a hit.

High School Musical, Halloweentown High, Cadet Kelly, Avalon High, Full-Court Miracle, and more were all set in a school. So naturally, for Lemonade Mouth to be a fundamentally perfect DCOM, it would have to be set in a school. And it is.

Above all else, Disney is a family-friendly company. As a result, DCOMs are often built around a message, or a lesson, or some value that it wishes to instill in the children who watch it. Lemonade Mouth’s message is clear: Be who you want to be, challenge injustice whenever it arises, and have fun while doing it. I’m not a parent, but I feel safe in saying that these may be some of the most important lessons to learn as a kid. And millions learned them from Lemonade Mouth.

There are other common DCOM tropes Lemonade Mouth leans heavily on, like absent and/or dead mothers, fathers who just don’t understand until the last act of the film, and the surprising and out-of-place dramatic turn. All of these factors considered, plus the overall rewatchability of the film, lead to one inescapable conclusion: While Lemonade Mouth may not be the greatest or the most impactful DCOM of all time, it is, however, the best DCOM at being a DCOM. That fact alone is enough to warrant a lasting legacy for this sweet and sour piece of nostalgia.