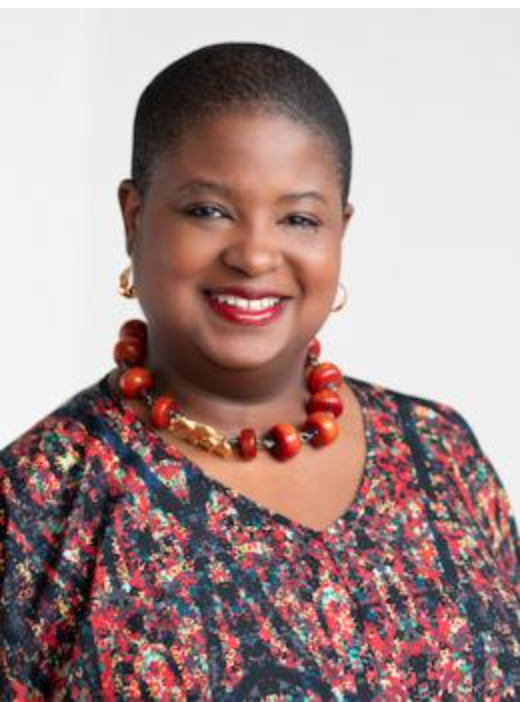 Meredith Gadsby is a professor of Africana Studies and Comparative American Studies, as well as the co-chair of the Presidential Initiative on Racial Equity and Diversity alongside Dean of the Conservatory William Quillen. The Presidential Initiative launched in August and concluded a survey about the racial climate on Oberlin’s campus this past week. The Review spoke to Gadsby about this Tuesday’s trial verdict in Minneapolis, which found police officer Derek Chauvin guilty on three charges — second-degree unintentional murder, third-degree murder, and second-degree manslaughter — in the killing of George Floyd. This verdict followed the recent deaths of Daunte Wright and Ma’Khia Bryant at the hands of police.

In the email statement, you and Dean Quillen wrote that Tuesday marks a “sobering ‘victory.’” I felt like that really summed up a lot of what the reaction has been on campus — it’s a victory, but also at the same time, the bare minimum. What were your immediate thoughts when you saw the news on Tuesday?

I was surprised, but then not surprised because I felt that so much was at stake with this jury trial. I felt like the jurors and others knew that a not guilty verdict would ripple through the country — not just in Minneapolis locally, but across the nation and even across the world. The damage caused by a not guilty verdict would be difficult to manage in terms of in the court of public opinion.

I just mentioned to someone that it felt like there was a knot in my chest. After the verdict was announced, there was less pressure, but the knot is still there. I just kept thinking about how it is that we got to this place. It’s not new, it’s not like this just happened in the last 20 years; it’s been hundreds of years of these types of experiences. I think many people, we find ourselves on the side of wanting some level of vindication. And at the same time, there’s no justice that can right hundreds of years of experiences that resulted in the death of people at the hands of state violence. Part of the legacy that they leave is of mistrust and fear and anger. But then at the same time, it’s also a legacy of resistance. So those of us who are still here, it’s like we have to agitate. We have to fight for them.

We resist through constant agitation, constantly pressing our public officials, constantly organizing in our communities, constantly creating coalitions, creating safe emotional spaces for folks to restore and heal. We find ways to experience joy and still be able to grieve and feel like human beings, to not raise our children in a spirit of fear but at the same time, try our very best to teach them whatever survival strategies we can.

[Chair of Comparative American Studies] Shelley Lee, my colleague, said there’s a Korean word called “han” that is regret and anger and frustration and all of these emotions in one word. I can’t think of any one word in English that does all of that, but I think that’s where many of us are now.

As a chair of the Presidential Initiative, I know you must be thinking a lot about how these national events and national trauma have impacted our community in Oberlin. What’s your sense of how students are reacting to this?

Students are exhausted emotionally and physically. In the conversations I’ve had, they range from feeling just completely exhausted to the point of just withdrawing from everything — classes, other people, Zoom — to being in a state of profound frustration and agitation.

And then at the same time, there is an energy that encourages folks to want to come together. On Saturday, a group of students organized a vigil for Daunte Wright, who was killed over a week ago — also in Minnesota. It was also a celebration of community and Black love that really, I think, lifted the spirits of everybody who attended. And also it was like a love letter to all these people who died in ways that reflect a kind of absence of love. I think that moment of coming together and organizing that event was a place of — I wouldn’t say joy — but was a place of affirmation and community and love that was really important.

There are a lot of emotions circulating. People are really at this point trying to process how they feel and what they want to do with those feelings. That might take a while, and I think that’s okay too.

It’s been a pretty difficult couple of weeks, following the murders of Daunte Wright and Ma’Khia Bryant and others. I was wondering if you have advice you’ve been giving Black students and other students of color in terms of how to hold that space for themselves and survive this stressful moment?

In my classes, there’s always a check-in at the beginning to see how folks are doing. And sometimes that means that no one says anything. Other times, because I teach in Africana Studies, the work that we do pretty much dovetails all of these current experiences. So what I’ve been trying to do in the classroom is to help students process and then channel that process into looking at this long history of activism and action, and figuring out how folks want to fit into that. What new spaces of activism do folks want to engage in? How do we mobilize for next steps? So that we are in a place of power or in a place of empowerment, as opposed to feeling like constantly feeling like victims, to remind folks that we are far more than that.

I’ve been encouraging students to process how they feel in multiple ways: through writing, through organizing with other students and building community. And also by withdrawing from social media a little bit to protect themselves from the news cycle — to engage, but also to recognize when that engagement becomes excessive and is not informative but is instead undermining folks’ emotional and mental wellness.

I’m also reminding students that self-care is a revolutionary act. It’s important to eat, sleep, do those things for your body and your mind that allow you to recover from all of this so that you have the reserves that you need to approach the next day. Because honestly, we never know what’s coming at us. We need to not just survive, but thrive in spite of all of this. And if you feel like you need help, do not be embarrassed to reach out for that help.

What would you say to white students, or just non-Black students in general? What do you hope to see from us during this time?

I think that this is a moment where everyone has to figure out what they can do and how best to do it. It means that we have to listen, pay close attention, and then think about what gaps we can fill. One of those gaps might be in terms of public policy, like really agitating and pressing public officials to do what is right. It might also resemble being out in the world and challenging white supremacy, even if it means face to face. It could mean on small levels in your own communities, in your own families, but it could also mean recognizing the privilege that you wield and how you can use that privilege for good.

Think about the specific skills that you have, what resources you bring to the table, and figure out how best to use those resources in the interest of supporting communities of color and communities that struggle against all of these different types of biases and inequalities.

I was wondering what resources you would point students to during this time, either Presidential Initiative things or otherwise?

We try not to keep talking about counseling services because we think there needs to be other resources as well. For instance, last week there was Africana Wellness Week. That involved body work like reiki, physical exercise, and financial literacy. Part of the inclusive excellence work that has been happening in the Multicultural Resource Center is a valuable resource.

In terms of the future of the Presidential Initiative, there is the comprehensive, campus-wide racial climate survey that was just circulated. In fact, it just closed Wednesday. The information collected there is designed to help not just the commission, but also the institution to identify what it is our students need from a racial equity and inclusion standpoint, which includes things like an Africana Student Mentoring Network that is more closely connected to alumni. Also thinking about what happens around inclusive excellence in STEM for students. Also looking at how we track student satisfaction and the resources that already exist to support students — what role do program houses play? How can we better support program houses and other ongoing programming that results in students feeling a better sense of belonging at Oberlin College?

We are drafting a report that will be shared with President Carmen Twillie Ambar and the Board of Trustees in June. The recommendations around curriculum, student life and learning, and student success are laser-focused on looking at the ways to help Black students launch more successfully from Oberlin through the idea of “universal design,” which argues that if we focus on this community of students with the lowest rates of satisfaction with their Oberlin experience, then we can by extension create better opportunities and experiences for all students across the board.