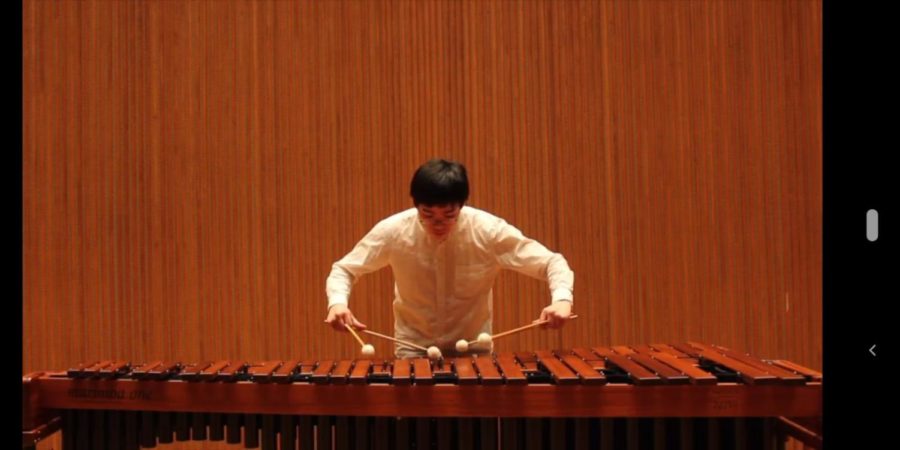 The upcoming Asian Cultural Arts Festival in Wilder Bowl is the first of its kind at Oberlin College. The festival is also the first major event hosted by the recently rebranded student organization Asians in America Alliance, which seeks to uplift and celebrate Asian voices during a time of escalating anti-Asian sentiment.

Double-degree fifth-year Amber Ginmi Scherer is spearheading the event, which will feature music, poetry, and dance performances from student groups, individual students, alumni, and faculty. While Scherer has organized events before as the Conservatory liaison of Student Senate, the festival felt much more personal and urgent given an ongoing climate of anti-Asian sentiment coupled with the COVID-19 pandemic.

This urgency culminated after the shootings on March 16 in Atlanta, GA, in which eight people, six of them Asian-American women, were killed. This blatantly violent act, coupled with Captain Jay Baker’s dismissive — and now notorious — response, awakened many Asian Americans like Scherer to the reality of how severe anti-Asian sentiment is in the United States of America.

However, Scherer wanted to imagine something beyond a workshop or teach-int, moving away from what she described as “performative pity.” The Asian Cultural Arts Festival was then created as a positive, uplifting outlet for Asian students. Scherer was pleasantly surprised by the enthusiastic response to the pre-registration form and advertisements.

College third-year Elise Steenburgh felt similarly motivated to act after the March 16 shootings. They found that infographics on Instagram oversimplified the issue and wanted a space to discuss the tragedy and ongoing anti-Asian sentiment in more depth. Finding none, Steenburgh decided to organize a Zoom meeting, which was held on March 19 and facilitated by Associate Professor of History and Comparative American Studies Tamika Nunley.

Afterward, Steenburgh was invited to speak at a teach-in hosted by the Comparative American Studies department along with College third-year Hans Chou. Steenburgh and Chou tried to present in a way which acknowledged that their perspectives were born out of personal experience, rather than universal treatments of the subject.

“Both of us [went] back and forth with a bit of imposter syndrome — like, are we even the right students to be talking at a teaching panel like this?” Steenburgh said. “But it was a very rewarding experience, being able to share my story and also hear the stories of the professors and faculty and work closely with them for that panel.”

From there, Steenburgh realized that AAA could be the platform to keep these conversations going with a larger group of Asian students. However, since AAA’s founding in the 1970s, the social and political contexts surrounding Asians in America have changed vastly. Steenburgh wanted to honor the organization’s legacy while updating its branding and accessibility for current and future generations of students.

“[The legacy] is something I’m grappling with because there is a type of nostalgia in the legacy, but when that overshadows the current experiences of students on campus, I think that means something has to change,” Steenburgh said. “And this is true for AAA; this is true for Oberlin as a whole.”

These changes included changing the name from Asian American Alliance to Asians in America Alliance. Steenburgh hopes that the new name keeps the organization’s founding spirit while including a wider range of students, such as international students and mixed-race or mixed-ethnic Asian students.

“We wanted the space to still be able to foster relationships between students of all Asian descent diaspora, no matter the nationality,” Steenburgh said.

College third-year Noah Kawaguchi, who will be performing an original saxophone composition at the festival, appreciates this more inclusive move on the part of AAA.

“It’s intentionally a space for anyone who identifies as Asian in a broad sense,” Kawaguchi wrote. “This is not simply inclusivity for inclusivity’s sake, but also because having diverse voices heard is the only way for AAA to adequately serve the needs of the broader Asian community at Oberlin. And on a more individual level, I think community spaces that facilitate getting to know people of more diverse backgrounds help with finding one’s own identity.”

Over the past month, Steenburgh has reflected on how revitalizing AAA has helped them build relationships with people in new, supportive ways.

“Forging all of these working groups with different people has made me reimagine what it means to be in [a] relationship with others,” Steenburgh said. “That has been very, very impactful and very positive. Realizing that I have the support network in a way that’s not just emotional support and vulnerability, but support for my passions and what I want to get done.”

Kawaguchi also expressed his excitement for the return of AAA, which had helped him find community and navigate his identity after growing up in a small town in Ohio.

Most of all, Scherer wants the Asian Cultural Arts Festival to kick off AAA’s revitalization by amplifying and celebrating the voices that have not had the chance to take center stage.

“We’re here,” Scherer said. “We are, in all of our own ways, unique and excellent at what we do. I want to be very bold and celebrate that.”

The Asian Cultural Arts Festival, hosted by Asians in America Alliance and Student Senate, will be held in Wilder Bowl on May 4 at 8:30 p.m. Those who are interested in attending can pre-register here.

AAA will have its next meeting on Saturday, May 1, at 1 p.m. Interested students can also join the organization’s WhatsApp group.