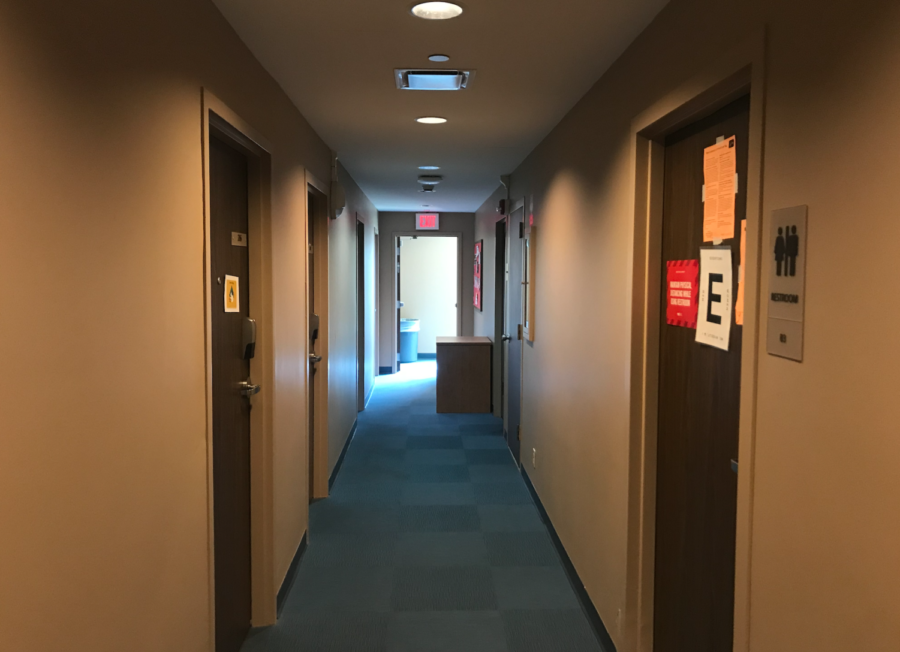 The Office of Residential Education will have five days to prepare the dorms for students moving in for the summer semester.

Oberlin third- and fourth-year students are scrambling to navigate the quick turnaround time between moving out at the end of the spring semester and, for those who aren’t graduating, moving into new housing at the start of the summer term. Many students have expressed frustration at how little time and warning they were given about parameters for vacating their spring housing.

Students who are staying on campus in the summer must still switch housing between semesters as students are being consolidated in buildings with air conditioning, and South Campus buildings are being vacated so that a heating infrastructure project can be completed. With very little time between move-out on May 14 and move-in on May 20, the College had to create a plan to quickly turn over numerous dorms, Village Housing Units, and apartments during this period.

“Several departments have a very short period of time — five days — to facilitate the transition to summer housing, including such major tasks as conducting check-outs, cleaning all spaces, conducting a check-in process for students returning, and beginning summer facilities projects,” wrote Assistant Vice President of Student Life Adrian Bautista in an email to the Review.

Unfortunately, the short amount of time not only puts pressure on several departments on campus, but also creates a set of problems for students who are moving between semesters or leaving campus after Commencement.

The Office of Residential Education informed third-years earlier this month that if they planned to leave campus during the ten-day break between the spring and summer semesters, they would be required to completely move out of their College residence. For third-years, this means scrambling to find a place to store their belongings for the short stretch of time.

“I’ve been trying to figure that out in the past couple of days and it’s honestly been really stressful,” College third-year Lauren Tannenbaum said. “I’ve looked at a bunch of different storage places, but there isn’t really a lot open. … I called a place and they said that they’ve gotten a lot of calls from students and parents about that specific stretch of time — and [the storage facilities] are kind of confused about it too.”

While many students are frustrated with how little time ResEd gave students to arrange storage for their items, Bautista explained how ResEd needs students to fully move out of their spring housing in order to properly prepare buildings for the summer semester.

“If a summer assignment is available prior to the break, ResEd is arranging for students to begin moving items in prior to the break,” Bautista wrote. “Unfortunately, in order for Facilities Operations to arrange for the cleaning and preparation of residences for our summer term students, as well as for Facilities, Planning, and Construction to begin summer renovation projects, items cannot remain in rooms.”

While some students have considered not leaving campus during the time period in order to avoid finding a place to store their belongings, for many third-years, this means giving up the only chance they have to go home between February and September.

“I kind of wish I had just planned to not go home, but I also really want to go home for that week because it would be a long time until September,” Tannenbaum said.

In addition to causing stress for third-years, the need to quickly get students off campus has also caused a considerable headache for many fourth- and fifth-year students who must quickly vacate their College housing by 10 a.m. on the morning following Commencement Day. Additionally, the lack of a Commencement week this year shortens the time students have to say goodbye.

“It’s more that we’re being asked to finish finals, graduate, and leave within 48 hours,” College fourth-year Olivia Guerriero wrote in an email to the Review. “I’m still pretty devastated by the idea of ending college like that. Without a real celebration and really without time to say proper goodbyes, outside of finals stress and before family stress comes in for graduation. And it’s so hard to want to give finals my all when all I want is to spend time with my friends at the end of our college experience.”

After what has been a chaotic and difficult year, students hope that ResEd would offer more flexibility to students trying to navigate these situations.

“I think more than anything, I wish that this information had been available from the start,” Tannenbaum said. “I think it would have been really helpful to have known that earlier, so I could have … planned accordingly.”

The Office of Residential Education did not respond to multiple requests for comment.