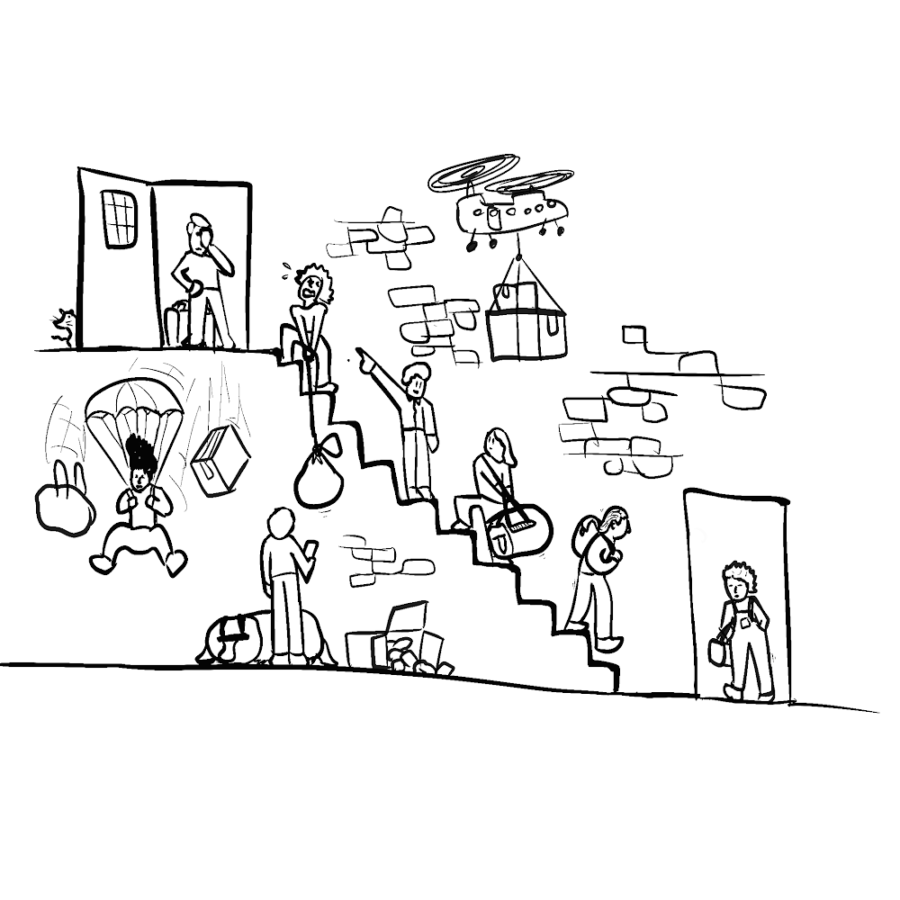 The quick turnover between the spring and summer semesters resulted in a challenging move-in. Several students arrived on campus to find their accommodations were not yet cleaned or prepared for new residents.

When students arrived on campus on May 20 for summer move-in, some found that their new accommodations were unclean or previous occupants had not yet left. The College has since compensated the returning students by arranging temporary housing and giving them extra Flex points.

Because of the rapid turnaround between semesters, The Office of Residential Education asked students to be prepared to move out May 13 before 9 a.m.; they planned to send students an email with instructions for moving into their new dorms as soon as they were ready. Students were supposed to have 48 hours from the time the email was sent to move in.

However, some students reported contradictory emails or issues with their housing that prevented the move-in process. The reasons for this were usually cleaning or facilities issues.

College third-year Mistral Newman’s move-in to her Village House was delayed, so ResEd offered her a temporary residency extension in her previous dorm room.

“When I went to check on my new housing, I found it had not been cleaned and also there was a lot of cracking and chipping [lead] paint,” Newman said.

She reported the cleaning issue and the chipped paint to ResEd, and they quickly cleaned the house. However, the lead paint forced her to delay her move-in by two days while facilities fixed the problem.

Because of Newman’s move-in issues, she was given $25 in Flex points. Reflecting on the process, she believes ResEd did the best they could with logistical issues.

“I think ResEd did a good job,” Newman said. “We reported the cleaning issue at the start of the 48-hour window and they cleaned it before the 48 hours were up.”

Newman believes that the lead paint, which was a facilities issue, was the primary reason for her delay. Because of this, she believes facilities should test houses before students move in.

“I came in and there was stuff just left in my room, and I had to clean it,” Allen said. “I literally had to go buy cleaning supplies to clean up my room, which was disrespectful because first of all, that’s ResEd’s job to come in and clean up after people if they didn’t clean up after themselves, which is disgusting … My friend who lives across from me now was originally supposed to be in another room, and when he walked in, there was like rotting food sitting out, and there was just stuff all over the place. It felt like ResEd didn’t even come in and check to see what rooms are clean or not.”

Cleaning was a consistent issue, but other circumstances prevented students from moving in and forced them to live in temporary housing.

Move-out for College third-year Aesha Mokashiwent smoothly, but one day after Mokashi got her move-in email, she received another email saying that she couldn’t move in because there were still people in the house. She then was directed to move to Fairchild while ResEd prepared the house.

When Mokashi’s housemates were finally able to move in, they found that the house was not ready for new occupants.

“[My housemates] said ‘it doesn’t look like it’s been cleaned,’ even though ResEd said that it happened,” Mokashi said.

Like Newman, Mokashi also received Flex points as compensation for the move-in process but wishes the house had been ready for their arrival.

ResEd did not respond to multiple requests for  comment for this story.