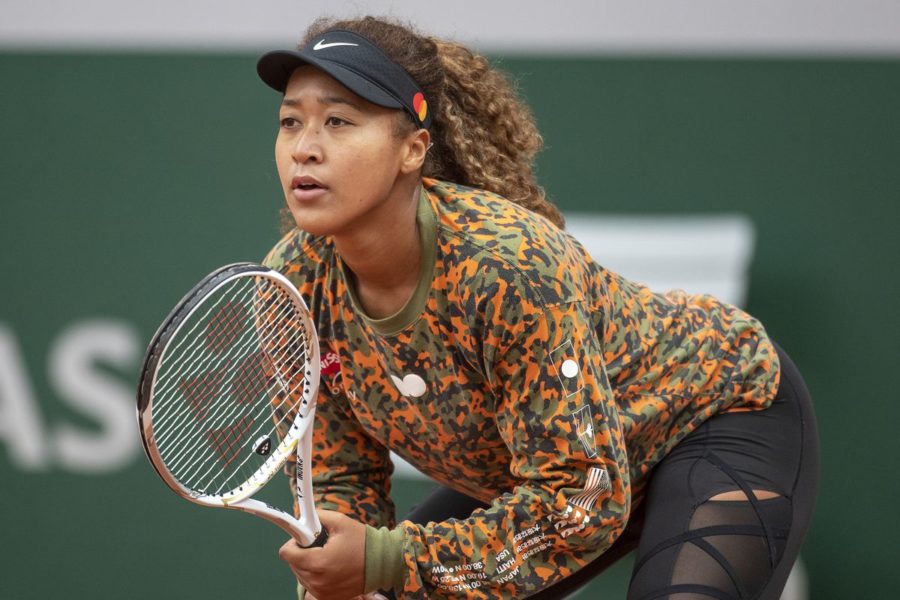 Naomi Osaka, the highest-paid female athlete in the world.

Naomi Osaka, the highest-paid female athlete in the world, is setting the standard for a new generation of athletes as she sparks conversations about mental health and racism. Osaka has been known for using her platform to publicly speak out against racism and now she is tackling the stigma athletes face when it comes to mental health. Osaka has been in the news recently for withdrawing from the French Open due to mental health concerns.

When Osaka first announced she was dropping out of the French Open, she cited her mental health as a key factor in her decision. Last month, Osaka announced on her social media accounts that she would not be participating in the post-match news conferences required of French Open players. The tournament fined her $15,000 for this decision and threatened more penalties in the future. In a Twitter post, Osaka explained that speaking to a room of journalists triggers her anxiety and  that she has struggled with periods of depression.

Third-year volleyball player Kiki Widran feels Osaka’s decision to drop out of the French Open is just another reason she’s one of the best athletes out there.

“Naomi Osaka is an incredible athlete and role model, especially with her ability to understand her limits as a person and athlete and to take the space she needs from tennis in order to take care of herself,” Widran  said.

Widran also respects Osaka’s ability to navigate such a stressful career — a career that has required her to be in the public eye since her youth. Widran feels Osaka has put women’s tennis on her back in order to influence the next generation of women athletes.

“I know so many young girls look up to her,” she said. “Being an athlete is about much more than just playing a sport, it’s about sportsmanship and teamwork and knowing how to take care of yourself in order to continue being the best at what you do — Naomi Osaka is a great example of these characteristics.”

Second-year tennis player Dina Nouaime believes that it is important that there are professional athletes who share their experiences with mental illness  because raising awareness is imperative to ending stigmas around mental health. She says that seeing world-renowned athletes open up about their mental health can help open a door to discussion for aspiring young athletes.

“It’s so difficult for athletes to share struggles with their mental health because not only is there such a stigma surrounding discussing mental health, but it’s further exacerbated when someone’s constantly on the entire world’s radar,” Nouaime  said. “In order to have discussions about mental health become normalized, we need to see more professional athletes follow Osaka’s example. It’ll be difficult, but once the ball is rolling, more people will feel comfortable to share their own stories in an increasingly open community.”

Third-year softball player V Dagnino agrees with Nouaime and also thinks there needs to be more professional athletes speaking out about their own experiences.

“I know I felt empowered a couple years ago when Kevin Love from the Cleveland Cavaliers spoke about his struggles,” Dagnino  said. “These stories raise awareness and start a conversation, but change comes down to coaches and sports culture. There needs to be a cultural change that normalizes struggles with mental health and allows for more athletes to have conversations and get help.”

Widran also highlights the significance of Osaka’s decision because the public is reminded that athletes have to stand up for themselves and their mental health.

“As student-athletes, we sometimes forget that being an athlete is just one part of our lives,” she said. “Our goal as student-athletes is to win and to improve, which doesn’t leave a lot of room for taking care of ourselves mentally. We’re conditioned to make our sport our number one focus, and not to bring problems in our lives onto the court. We view talking about mental health as a distraction, which makes it hard to ever find spaces to do so.”

Professional athletes are often seen as commodities who exist purely for the entertainment of others, which can be an extremely dangerous narrative. The public tends to forget that the athletes on television are all human beings. Osaka is normalizing conversations surrounding the prioritization of  mental health.

“She is opening up a space within sports to acknowledge the importance of taking care of yourself, which has been such a taboo subject in the past,” Widran said.

Having an Asian and Pacific Islander athlete like Osaka set such an incredible example for the next generation of athletes, proving to young AAPI athletes that they can do anything they want to do and is giving them the representation in sports that they so desperately need.

As a half-Asian female athlete, Nouaime says that to have an AAPI athlete and role model as successful as Naomi Osaka has been truly inspiring to watch.

“Representation is so important in every field for young people to look up to,” she said.

Widran says that despite not knowing the next time we will see Osaka on the court, one thing is certain: Osaka is blazing new trails in her sport, creating change within professional athletics — and it’s  amazing to watch.