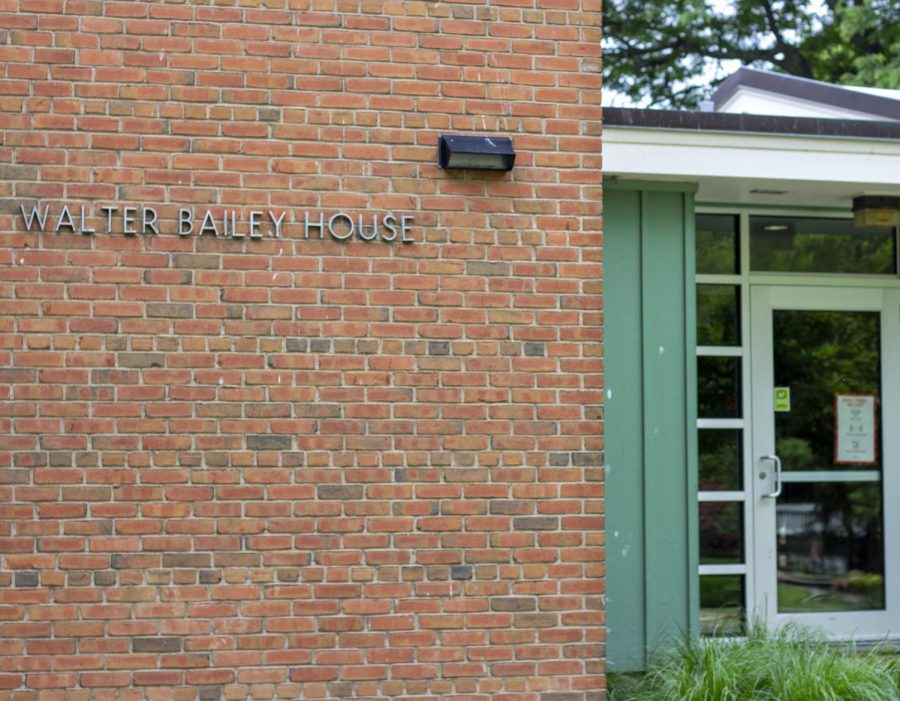 With the pandemic in its rearview mirror, Oberlin has ventured into a blisteringly hot summer semester with a uniquely disorganized housing system. Some students have been placed in identity-based program housing that they didn’t apply for, while other students’ applications for program housing were denied despite an abundance of open space. These challenges have impacted a wide variety of students — most of all students with marginalized identities hoping for a safe living space.

Allen believes that few students knew about the relocation, which has led to white students intruding on the Bailey House patio. Allen has had to repeatedly tell the same student to respect the Afrikan Heritage House as a safe space.

“That was definitely very frustrating,” Allen said. “People feeling a sense of entitlement to a space that’s not theirs, and a sense of entitlement where you already are the dominant on the campus. You’re a white man. You saw a space that wasn’t yours and got angry. It’s so hard for us to find space on this campus. And then when we try to take the small space that they’ve given us — ’cause they displaced us — now we have to go off and ask other people to not come and sit [here]. Which is crazy because there’s so many places outside for you to sit.”

Afrikan Heritage House’s applications are handled by their faculty-in-residence, so there are no non-Black students currently living in Bailey House (unlike in past semesters). Despite preserving their  autonomy over the application process, A-House has long struggled for control over its own space and resources. Before the pandemic, students eating (but not living) in the Lord-Saunders Dining Hall consistently littered, disturbed, and disrespected Black students living there.

“We had a wall in the Lord lounge for victims of police brutality, and people were erasing and crossing out names or adding joke names,” Allen said, “People leave trash; they’re disrespectful and loud when they’re in the dining halls. We had to complain and ask if the Saunders-side bathroom could be cleaned every day because people were coming in on the Saunders side and using our bathroom and then leaving it dirty … That’s kind of disgusting — to have so many bodies flowing through a bathroom that’s not meant to be for that many people.”

This semester, some  students were placed in Afrikan Heritage House  without having applied. In other identity-based program housing around campus, students were assigned housing for identities that they do not hold. This semester, 60 percent of Asia House’s residents are white. Some of these students are a part of the Women and Trans Housing Collective that was consolidated with Asia House for the summer, but many others were assigned there randomly. College second-year and Asia House Resident Assistant Leo Hidy says that white students lived in Asia House before the pandemic, but changes to Asia House’s entry process have led to demographics that have limited its capacity to be a safe space for Asian students.

“The Latinx-identifying students interact with each other and then the non-Latinx students don’t,” Zepeda said. “So I think it’s really frustrating to see a house that’s supposed to be this safe space for a lot of students on campus and it’s segregated.”

For Zepeda, this is compounded by the fact that at least four students who actively applied to live in Latinx Heritage Housing were rejected. Zepeda was placed in Roots in STEM, an application-based floor of Burton Hall designated for low-income, first-generation, LGBTQ+, and non-white students in STEM majors. However,Zepeda says the sense of community hasn’t been very strong.

“Whenever I go [to Latinx Heritage House], people are always in the lounge and just hanging out and doing homework or eating or talking or something like that,” Zepeda said. “And so there really is that sense of community at [Zechiel House], but in Burton, I don’t

talk. It’s very much like I keep to myself and I’m in my room and like doing my homework or something and I don’t attract people. … I have no sense of community.”

On June 8, the Office of Residential Education announced they were offering room changes. Zepeda hopes this means she has another opportunity to move into Latinx Heritage House.

Mix-ups and obstacles have manifested in a variety of student housing situations this summer, but many students in identity-based housing feel they have been disproportionately impacted. Non-Asian and non-Latinx students are now living in Asia House and Latinx Heritage House respectively, and a lack of publicity for the new locations of identity-based housing have caused safe spaces to experience an increase in intrusion and disrespect. The resulting atmosphere disfigures the notion of safety in safe spaces and leaves some non-white students feeling isolated, disrespected, and wondering what happened in the Office of Residential Education.

ResEd did not respond to multiple requests for comment for this story.