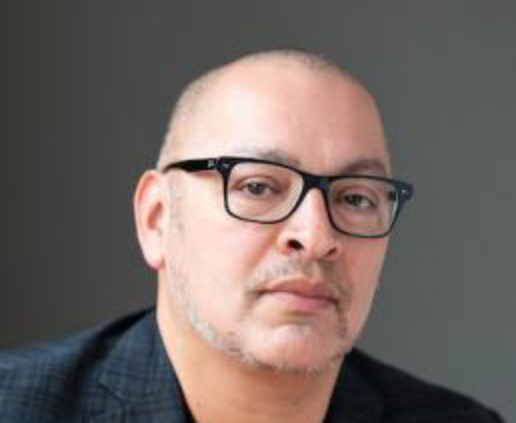 Over the last few weeks, several high-profile staff members in the division of Student Life have announced their resignation, including Assistant Vice President of Student Life Adrian Bautista.

Assistant Vice President of Student Life Adrian Bautista is leaving Oberlin on July 16 for a position at Skidmore College, making him the fourth dean in the Division of Student Life to leave in the past two months. President Carmen Twillie Ambar announced Bautista’s departure in a June 9 email to the campus community.

Rahm will take over Student Life, a division that oversees more than 100 staff members and 12 offices including the Counseling Center, Student Health Services, Residential Education and Dining Services, Campus Safety, and Student Activities.

The first of four administrative shifts in Student Life occurred in early April when Vice President and Dean of Students Meredith Raimondo abruptly left her position six weeks ahead of schedule; she will be returning to Oberlin as an tenured professor of Comparative American Studies in the fall. A week later the College announced that Executive Director of the Career Development Center and Associate Dean of Students Dana Hamdan would take a job at Brown University. Three weeks ago, Associate Dean Matthew Hayden resigned from his role to take a position at Cuyahoga Community College. Now, Bautista leaves to be Dean of Students and Vice President for Student Affairs at Skidmore College.

These changes are occuring at a time when the essential elements of student life are finally beginning to return as pandemic restrictions lift. Oberlin students will be relying on the office of Student Life now more than ever, but President Ambar is confident that the division will be able to handle the administrative exodus and support its students during this time.

“I’m not worried about it,” President Ambar said. “Obviously we want to have a robust Student Life division … so it’s not that I’m dismissing it, but I also have a lot of confidence in the broad infrastructure that exists in student affairs and the various staff that are there. And I know that they will continue to deliver on the student experience. And we do have [Rahm] here in the role and already connected to Oberlin for several months now. And I know that her experience will serve us well.”

After Raimondo took leave in April, Bautista was charged with managing the Student Life Division with support from Chief of Staff David Hertz. However, Bautista says that any added pressure caused by Student Life deans leaving was not a consideration in his choice to take a different job.

“The factors I was most considering when making this decision were the wonderful opportunity at Skidmore and my family,” Bautista wrote in an email to the Review. “My decision was in no way influenced or impacted by the situations of my three colleagues.”

President Ambar also asserts that the departures in student life are a sign of Oberlin’s excellence.

“This is a time of transition for a lot of institutions as we come out of the pandemic and as people assess their careers,” President Ambar said. “One of the great things about Oberlin is that we produce really good faculty and staff, so they’re sought after around the country. … When you’ve been here for four or five years, people have gotten good experience. They’ve had that opportunity, they’ve had some successes, and then they become marketable. There are sometimes challenges associated with that, but I also view it as a pride point as well.”

Still, some students who work closely with Student Life administrators believe that the staff departures are not just a coincidence but a pattern of being overworked and overwhelmed.

In an effort to take pressure off of the Division of Student Life during this moment, the College has decided to temporarily move leadership of the Career Development Center under the direction of The Office of the Dean of the College of Arts and Sciences.

“One of the things we’ve been trying to accomplish with career services was to have that work be more integrated into the academic space,” President Ambar said. “So it seemed just natural as we were in this transition period to make sure that the Division of Student Life didn’t have all the irons in the fire and that would be an easy temporary shift, a natural way to ensure that no balls got dropped in the transition.”

Rahm says that she is confident that the administrative fluctuation will not have a large impact on the student life experience.

“I have been working with Oberlin College on its student success initiatives as a consultant applying my 30+ years of experience in student affairs and my recent leadership experience as an interim VP at a public, regional university,” Rahm wrote in an email to the Review. “The consulting work gave me an opportunity to learn about Oberlin, to interview staff who are working with students and alumni, and to participate in discussions about the student experience in the College and Conservatory. … With the recent staff changes, I anticipate being involved in bringing the remaining staff together to maintain the high caliber of programs and services, and making preparations for searches.”

In the meantime, a Search Committee chaired by Dean of the College of Arts & Sciences David Kamitsuka continues the search for a new Vice President and Dean of Student. President Ambar says the search committee is already in the interview stage and will probably bring candidates to campus in the coming weeks. President Ambar hopes to be able to announce a decision in the next eight to nine weeks.

“I’m hopeful that we can get to an endgame before we get well into August, but that doesn’t mean necessarily that the main candidate could show up then,” President Ambar said. “Typically people in these roles have senior positions, and really when you have a senior position, what you owe that institution is some time to make the transition. So these are not the types of jobs where it’s really appropriate professionally to give two weeks notice. These are the types of jobs where people really owe their institution some more significant notice and so that’s the type of thing that might delay someone from getting here at the end of August. But I’m hopeful that we will have them here for the bulk of the fall semester.”

After a new Vice President and Dean of Students is announced the College will be able to begin thinking about filling Hayden and Bautista’s roles.

According to Vice Chair of Student Senate and College third-year Darielle Kennedy, Bautista’s presence on campus will be missed greatly.

“Dean Bautista was also the Posse Liaison and I am a member of Posse 12,” Kennedy wrote in an email to the Review. “He helped change the course of my life and I will never forget him. He is now in a position where he will be able to change other students’ lives on a different campus and they are blessed to have him.”

All of the departing deans devoted a great portion of their professional careers to the school — Bautista worked for the College for 22 years, Hamdan for seven, and Hayden for nearly eight. They will leave behind legacies in the form of numerous new programs, classes, scholarships that they helped form during their time at Oberlin.

“Oberlin is a place that attracts a lot of great people and I will miss many students, faculty, and staff members with whom I worked,” Hayden wrote in an email to the Review. “I’ll especially miss teaching the Introduction to Peer Helping Skills classes and working with the Peer Support Center, and seeing the positive impact those experiences had on students.”