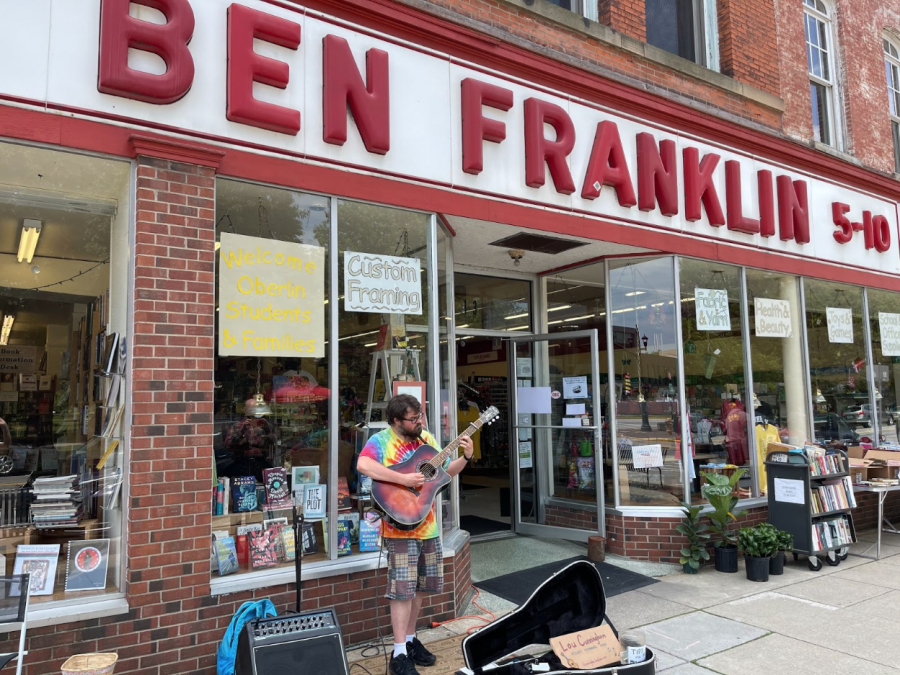 Executive Director of OBP Janet Haar is eager to draw Oberlin’s community back together after the wreckage of COVID-19 and ensure the longevity of Oberlin’s retailers after the pandemic.

“2020 was a really bad year,” Haar said. “We need to have events downtown that bring people into our stores [and] connect the dots of things that are already happening. So the [Oberlin] Heritage Center already does their history walks. … The Farmer’s Market is already open between nine and noon on Saturdays. … That’s how Second Saturdays were born.”

The program for June 12 involved 10 downtown retail businesses and fit multiple activities into 11 hours. Haar said she hopes the program will stick around.

“We had so many people stopping by our table and saying ‘It’s just so wonderful to be out again and to see people and to do things’ and ‘We went into some stores that we haven’t been into in a long time,’” Haar said. “ So I think I’m most excited about having an impact on the vibrancy of our downtown … I’m thinking it’s going to stay around because the businesses really loved it.”

For some business owners, the gathering provided opportunities to build relationships with the community. James Peake, founder of the Foldspace Origami Studio, has been teaching origami for the past four years, and found the event to be a prime time to reconnect with locals.

“It felt so good,” Peake said. “I got to see people that I hadn’t seen in a long time that stopped by and said hi.I just love being able to teach people in person again and connect with them. And Oberlin is such a cool and vibrant community and I’ve always loved living here and being involved in the community and I’ve missed that.”

Peake plans to keep teaching free origami lessons outside for the next two Second Saturdays. The next Second Saturday will occur on July 10 from 9 a.m. to 4 p.m., with a Family Fun and Music theme. It will include a scavenger hunt for musical instruments and prizes, sidewalk sales, nonprofit activities, kid’s activities in the East College Street Courtyard organized by OberlinKids and KidsSpeak, and live performances that are open to public performers. Lou Cunningham, a local fingerstyle guitarist, says the setting is a great venue since he doesn’t often play for regional businesses.

“I’ve tried to market myself to local restaurants,” Cunningham said, “A lot of them outside of Oberlin aren’t interested in original music, they’re only interested in dad rock and classic rock covers. So it’s kind of hard to get gigs when you only play original music.”

After performing on June 12, Cunningham saw his website get a lot more traction than usual. He says his music is just a passion project, and was very pleasantly surprised by the community’s reaction.

“My Bandcamp got a lot of hits actually, which was really exciting because I just do this for fun,” Cunningham said. “So people liked it. It was a really nice surprise. I didn’t think anyone would pay attention, but they did.”

The Second Saturday on August 14 will be Family Fun and Art themed, and though plans are still in the works, the program is likely to include local artist demonstrations, sidewalk sales, activities organized by OberlinKids and KidSpeak, and an open participation mural painting on the back of the Oberlin Bookstore, rendered in collaboration with local artists.

For students and residents interested in performing on July 10, here is a Google sign-up form from OBP. They ask that performers complete the form by June 28.