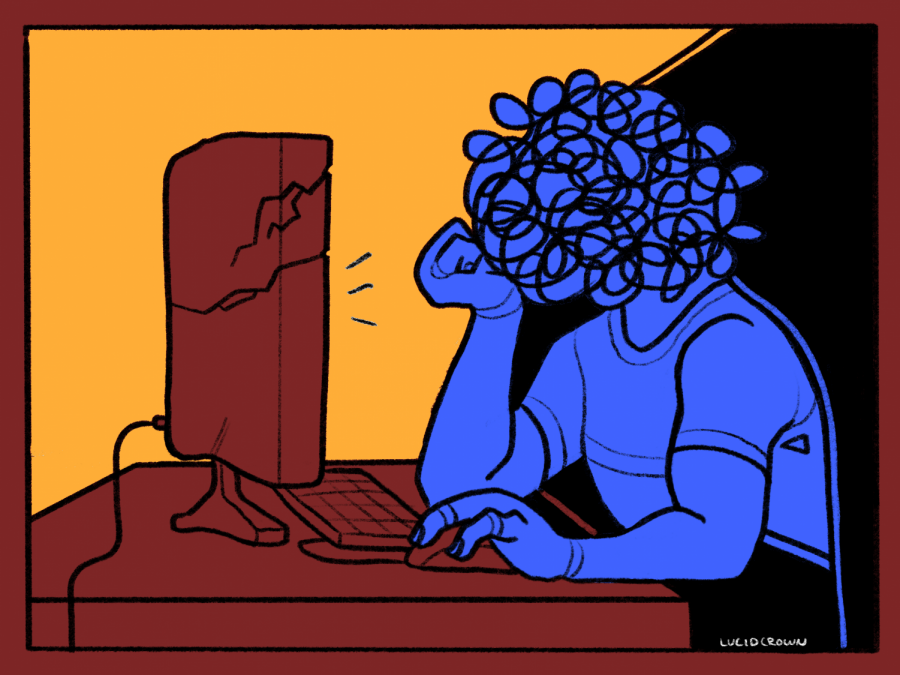 Oberlin entered a four-year partnership with the JED Campus Program to increase the accessibility of mental health resources on campus. As the College enters its third year of the program, most of the recommendations have yet to be implemented due to COVID-19 and the One Oberlin restructuring.

Three years into the College’s partnership with the JED Campus program, which provided the College with recommendations to improve its mental health programs, it is unclear if Oberlin has met the goals of the project. In 2018, the College embarked on a four-year partnership with the JED Foundation, a national consultancy group that focuses on mental health, substance use, and suicide prevention on college campuses. However, the College’s response has been interrupted by financial restructuring, COVID-19, and administrative losses, leading students who are working on the project to feel that it is behind schedule.

During the first year of the JED program, a survey of 800 Oberlin students was conducted, and representatives from the organization came to Oberlin’s campus to assess the mental health environment, before presenting the College with 70 recommendations to improve its suicide prevention and mental health support. The College had the subsequent two years to implement changes in response to the recommendations before the JED team is set to return in the fourth year to reassess and give the College its stamp of certification.

According to College third-year Raavi Asdar, who has worked extensively on the JED program since the beginning of the partnership, the College’s response to the recommendations has hit multiple obstacles in the two-year implementation window.

“We’ve arrived in this place where we’re at the end of year three and we’re way behind on implementation,” Asdar said. “[That’s] due to a variety of factors, including just the moment that we were in in 2018–2019 when we were rethinking fiscal structuring of the whole institution. That took a lot of administrative bandwidth, and then as soon as that hump was almost over, [COVID-19] hit and that took a lot of administrative bandwidth.”

For some students, implementation is especially pressing given that the survey that JED conducted found that many Oberlin students are suffering.

“The Healthy Minds web-based survey, administered through JED in 2019 and presented to the Board of Trustees, found critical issues with student mental health support,” wrote Emma Edney, OC ’21, with whom Asdar worked on the JED program, in an opinions article last semester, “Active Listening Workshops Key in Building Institutional Support System” (April 16, 2021). “Of the 800 respondents, Oberlin students self-reported nearly double the national average of suicidal ideation. Just over five percent of students reported feeling that they had training on how to support suicidal or emotionally distressed peers, yet around 30 percent of students reported intervening in these situations in the past year.”

Still, Assistant Dean of Students and Director of Community Life and Standards Thom Julian, who is a member of the JED committee at the College, maintains that the committee has seen progress in the College’s response to JED’s recommendations.

“As a JED committee, we have seen tangible results from our partnership with the JED Foundation,” Julian wrote in an email to the Review. “We have been able to evaluate and enhance areas such as our peer-helping programs, increase campus marketing of amnesty policies, and improve our leave processes. We are looking forward to intentionally continuing these improvements during the 2021–2022 Academic Year.”

One of the goals outlined by JED is to expand faculty and staff training to identify and connect with students who are struggling. In a March 16 Campus Digest email, the Center for Student Success sent information about the Question, Persuade, Refer Suicide Prevention Training and encouraged community members to take the hour-long training program to recognize warning signs of suicide and engage in crisis assistance.

Still, the College is behind in meeting many of the other JED goals. Asdar highlighted the lack of institutional support, due to overworked staff in the administration, as an obstacle for the JED program at the College.

“We have a lot of good and really kind and really well meaning administrators who are also very generous with their time, but [who] also just have too much on their plate and sometimes they’re spread too thin,” Asdar said.

Asdar and Edney responded to the problem of overworked staff by suggesting that the College hire two paid student workers to focus on solutions to the JED recommendations. The College approved two student positions to tackle the recommendations. However, no students have been hired so far, despite Asdar and Edney fielding roughly 19 student applications before recommending two candidates to former Associate Dean Matthew Hayden, who spearheaded the College’s partnership with JED before resigning from the College in May.

Monique Burgdorf, assistant dean of students in the Center for Student Success, has taken on the JED work since Hayden’s departure.

“Right now we are in conversation with JED to figure out next steps,” Burgdorf wrote in an email to the Review. “We will be hiring a JED student worker for this summer. The posting for this is forthcoming.”

According to Burgdorf, the value of working with the JED program lies in the evidence-based research that the foundation provides.

“I have been very impressed with what I have learned so far about the JED process,” Burgdorf wrote. “They attempt to embody a very trauma-informed approach, which considers the evidence (national/Oberlin data), the institutional climate of Oberlin, as well as the stories and experiences of people who struggle with mental health challenges on our campus. That approach makes a lot of sense to me.”