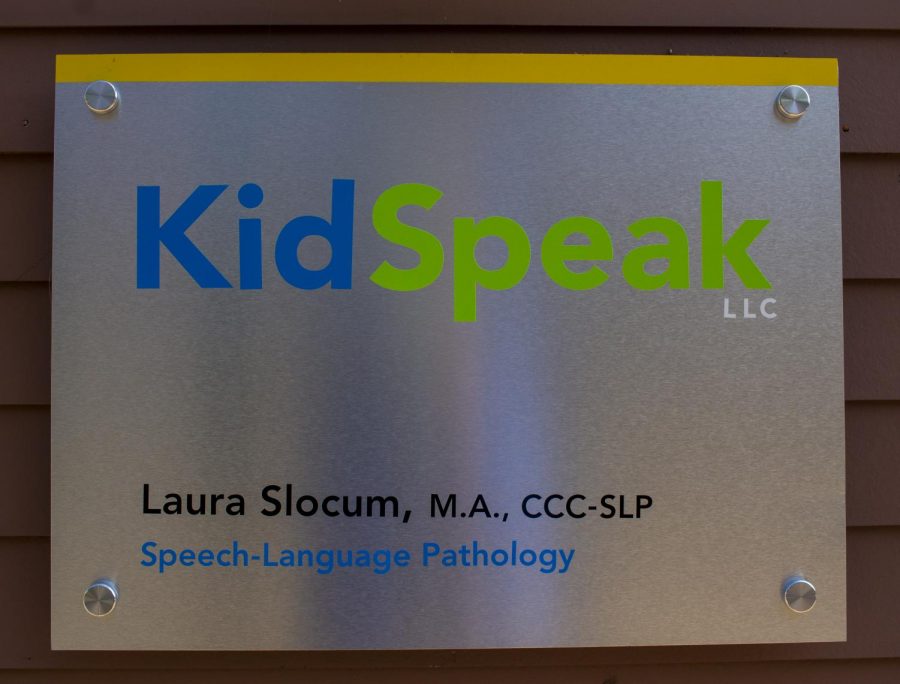 KidSpeak, LLC, a new speech and language development clinic, hosted its ribbon-cutting ceremony on July 27. Located in Suite 1 at 23 Eric Nord Way, the clinic offers individualized and group therapy to patients of all ages. The clinic specializes in early intervention, diagnosis, and treatment of communication disorders, filling a gap in the City’s accessible speech and language resources.

In addition to offering individual therapy services to children and adults for issues such as articulation, phonology, fluency, and literacy, KidSpeak also frequently hosts group play and learning activities as well as community enrichment seminars. These seminars focus on topics such as how to use American Sign Language to promote early communication and techniques to facilitate early reading.

Prior to KidSpeak’s opening, the only speech-therapy provider in Oberlin was the Educational Service Center of Lorain County, which provides speech-therapy services throughout Lorain County public schools. KidSpeak now offers accessible speech-therapy resources to the broader Oberlin community, filling a critical gap in the city’s resources.

KidSpeak’s owner and clinician Laura Slocum, OC ’98, and a graduate of Oberlin High School, always knew she wanted to bring her practice to Oberlin. Yet, she recognizes that there is a need for a speech pathologist in most Lorain County communities.

According to Director of the Oberlin Business Partnership Janet Haar, before KidSpeak, the City lacked a licensed professional in the speech-therapy field.

“There was certainly a need for a local speech and language pathologist in Oberlin, especially one who grew up in the area and has an affinity for Oberlin itself,” Haar said. “[Slocum isn’t] just interested in her business growing, but is also invested in what kind of impact you can have on the larger community. She is interested in finding ways to most help children in Oberlin achieve.”

“I know the county made speech-therapy services available to different schools … as needed, but having someone so easily accessible in downtown Oberlin fulfills a crucial need in the community,” Peterson said. “[Particularly] having the two services work together. … Based on my lived experience, having a really good speech-therapy option available is critical to a child’s development.

While she had planned to open her clinic sometime in 2020, the onset of the COVID-19 pandemic disrupted Slocum’s plans, forcing her to postpone the opening until the following year. KidSpeak finally opened in April this year, which, according to Slocum, was the perfect time.

“Right now is a really exciting time for kids and families in Oberlin,” she said. “There seems to be this renewed energy and excitement about early intervention, because we know, especially after the pandemic, that it’s so important to get the kids early help.”

Slocum also cited new businesses and partners that have opened across town recently, referencing KidSpeak’s participation in OberlinKids, a collaborative consortium of 10 partners and 17 advocates in and around Oberlin that all share a common goal: to support and prepare children and their families to enter kindergarten. KidSpeak, a member of the OberlinKids advocate network, hopes to help the community address the needs of young children and their families as they enter the public school system.

Part of Slocum’s goal includes expanding the quality of care her clinic provides — rather than operating solely within the medical realm, Slocum wants her clients to feel as though they’ve entered a fun play space, equipped with toys and games.

Earlier this summer, KidSpeak hosted three free play groups over the course of five weeks that combined skill-building and fun for children ranging from newborns to 6 years old. Each event was open to any child in the community, regardless of a diagnosis or KidSpeak patient status, because Slocum wants to make sure that the KidSpeak’s services are accessible and affordable to all community members.

“We had kids with disabilities in the groups, but they certainly didn’t have to be kids with disabilities,” Slocum said. “It was a way for me to be able to extend my services to everybody in Oberlin, to give everyone a chance to see integrated and preventative care programming. I want those camps to show people in the community that they can look to KidSpeak as a general resource for issues around speech, language, and literacy development in their children.”

Slocum also emphasized the importance of collaboration and community support in caring for local youth, highlighting that different factions in a community can come together to support children’s growth.

“No one of us can meet all the needs of every child and every family in town,” she said. “But when we work together; we can help to address the community’s needs in a much broader and deeper way.”