In The Locker Room With Vanessa Baker, Future Professor, Lawyer, and Politician 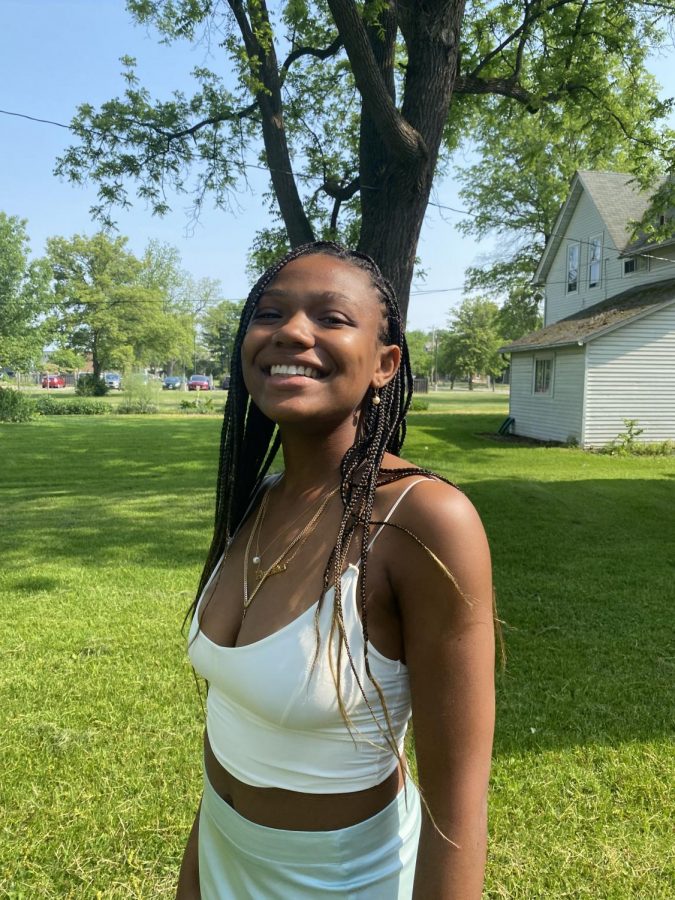 College second-year Vanessa Baker is involved in a variety of activities on campus. She has worked as a trainer for the Preventing and Responding to Sexual Misconduct program and Peer Advising Leader since the fall of her second-year, on top of being a dual-sport student-athlete on the field hockey and lacrosse teams. Baker is also someone who is comfortable with change; she will be playing a field position in field hockey after four years of playing goalkeeper in high school. While others would be deterred, Baker is up for the challenge. In the future, she hopes to earn a Ph.D. or J.D. and potentially pursue a career in politics.

How long have you played field hockey and lacrosse?

I started playing both field hockey and lacrosse my first year of high school. My boarding school had an athletic requirement, so I knew that I had to play a sport. I had never heard of field hockey before, but my friend was going so I tagged along and ended up falling in love with the sport and the people who played the sport. I did hockey all four years and I found lacrosse in the same process. In both field hockey and lacrosse I found a community and family which was really great. I decided that I wanted to keep playing in college as well.

What is your favorite part about being on the Oberlin field hockey and lacrosse teams?

I love the field hockey and lacrosse teams. The field hockey team is definitely a family for me. My first semester at Oberlin I was hanging out with the team all of the time; it was a really good foundational group for me, especially as a first-year and not having set friends. I always knew that I had a group of 18 people who cared about me and loved me. In terms of lacrosse, I remember after I stopped hockey for the season I was sad, I wasn’t really sure what I was supposed to do with myself all day. So joining the lacrosse team gave me some stability and structure during the spring my first year, which I appreciated. I also found some of my really good friends through lacrosse — including two of my housemates.

In high school you were a goalkeeper for your field hockey team, while at Oberlin you’re a field player. What has that transition been like?

The transition has definitely been interesting. Going from playing goalie for four years in high school to being a collegiate athlete playing field for the first time, I don’t always feel qualified. But I’ve been working a lot this summer and this past spring to make sure that my stick skills are up to par, because I want to make sure that I’m adding to the team and am able to compete well in games. I really appreciate the team’s support throughout this transition, everyone has been super nice and welcoming about my transition from goalie to field. Honestly, it’s been really smooth. I’m excited to start playing and be on the field with the team.

What are you looking forward to this season?

The last hockey season was 2019, which feels forever ago now. I’m just really excited to play with the team; it’s the first time that we’ve all been together since fall of 2019. It will be really good to have the team all in one place again and not be spread out across the country. I’m also really excited to start playing my field position and up my intensity and skill level throughout the season. Being in season is one of my favorite times of the year — I love traveling, lifting, getting lunch, and hanging out with the team all the time. It’s a really good time for camaraderie and remembering why I love Oberlin College Field Hockey so much.

Outside of athletics, ​​you work for the PRSM program and the PAL program. How have these activities shaped your Oberlin experience?

Both have impacted my time at Oberlin a lot. I started both positions the fall semester of my second year, so pretty early on in my Oberlin career. PAL has made me a better public speaker and made me more comfortable with facilitating conversations, especially with younger students and people that I don’t know. It also gave me the ability to have deep relationships with my PALees and be able to form deep bonds with them that will hopefully continue during our time at Oberlin and beyond. In terms of PRSM, I have always been interested in sexual harm and assault prevention and topics surrounding it. Being a PRSM trainer has really opened my eyes to concepts like restorative justice, which I’m really grateful for. It’s aided my idea of what sexual assault preventation can look like and the best ways to do it. I also just really love all the trainers that I work with both in PRSM and PAL.

What are your aspirations for the future?

I’ve always liked the idea of maybe going to law school to get into politics and become a politician. Especially being from Detroit — there’s not great leadership in terms of city and state government. I’ve always wanted to see someone do a better job, and I realized that maybe I can. But recently I’ve been considering getting a Ph.D. because of my application to the Mellon Mays Undergraduate Fellowship. It wasn’t something I had considered before, but I’m taking Theories and Methods in American Studies right now, which is a methodology course in the Comparative American Studies department, and I’m really enjoying it. So now I’m considering pursuing a Ph.D. in American studies and maybe combining it with a J.D. I don’t really know yet what my future is going to look like, but the work I’ve done at Oberlin has informed and guided my decisions about what I want to do in the future.