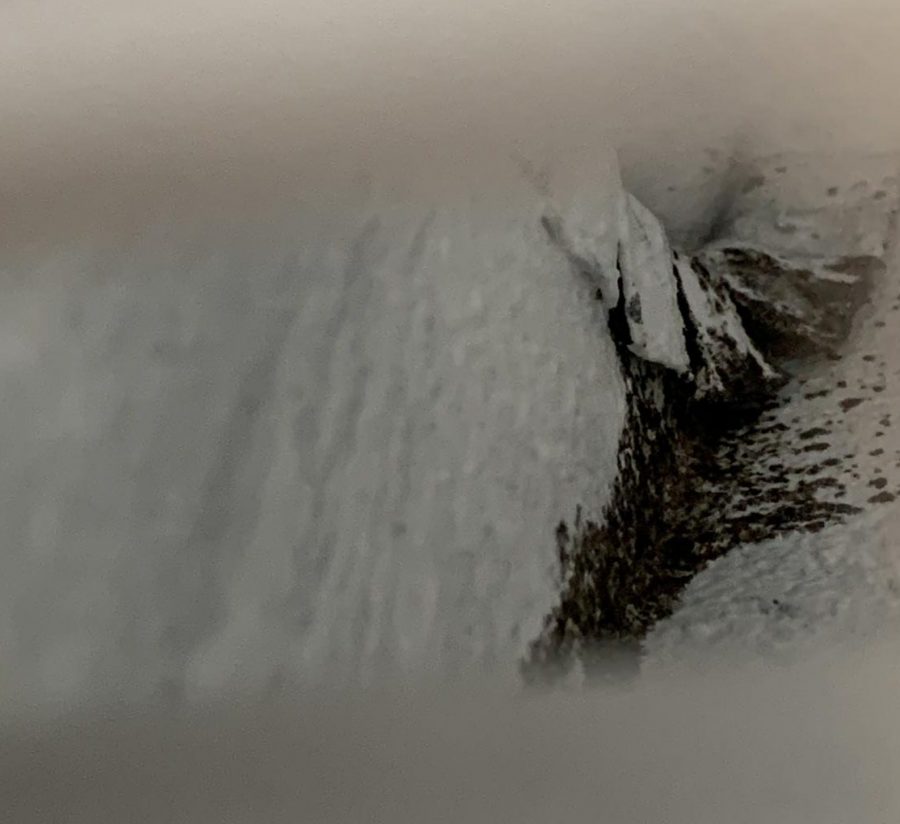 Some students claim that mold issues in College buildings have been recurrent in recent years and detrimental to their health, interfering with their coursework and jobs. For students who say they have struggled with mold induced illness, a proposed state bill promises to promote awareness about mold exposure in Ohio.

House Bill 251, dubbed the Ohio Indoor Safe Air Act, is cosponsored by State Representatives Joe Miller and Allison Russo. The bill would require that the director of the Ohio Department of Health create a public awareness program about the threat of mold exposure, and that the ODH would treat mold exposure on an equal par as radon and lead exposure.

The College’s facilities are maintained by cooperative efforts from custodial staff, building managers and representatives, the Facilities Team, and the Office of Environmental Health and Safety. In a written statement to the Review, the College expressed its commitment to mold remediation efforts, and stated that it adheres to all Federal, state, and local guidelines regarding mold in facilities.

According to the College’s statement, licensed contractors test all suspected issues of mold in College spaces.

“If mold is confirmed, our licensed contractor deep cleans the space,” the College’s statement to the Review read. “More importantly, the underlying conditions that cause mold growth are identified and corrected. Additionally, in most cases, if mold is not confirmed, the space is cleaned as a preventative measure. The personnel that use the potentially affected space are notified of the test results and what action was taken. The vast majority of mold incidents are short lived singular events that are quickly and easily dealt with by our expert contractors and Facilities Team.”

Still, College third-year Nasirah Fair experienced severe illness that they say was induced by black mold in their Goldsmith Village Housing Unit this summer. Their symptoms — including sore throat, headache, coughing up blood, and a fever of 103 degrees — prevented them from attending classes and work. However, none of their close contacts experienced any of the same symptoms, and Fair tested negative for mono, strep, and flu at the Student Health Center. While they stayed at their partner’s Burton dorm, their symptoms subsided, but returned shortly after they went back to their Goldsmith room.

“I am not dramatic in any capacity,” Fair said. “I know I’m not crazy. Everybody is making me feel like, ‘Oh, you’re just sick,’ but I shouldn’t be sick for this long. I know that I don’t have a cold — I know my body, my immune system is healthy, I get over things quickly. … I looked inside my vents and it’s like black stuff inside the air vents over my bed. I had the smallest room in the house — there was nowhere else I could move my bed to, that wasn’t right next to the vent. … Then I looked at all the other vents in the house and it was black. One bathroom was just done for — it was all black.”

After they reported the mold to Residential Education, the College ordered mold tests of Fair’s house. The tests reported that, while there was mold present in the house, it did not exceed outdoor mold levels according to the lab, Environmental Hazards Center LLC, which performed the analysis.

According to Fair, the people who came to their room to conduct the tests implied that Fair’s mold-induced illness stemmed from asthma — with which Fair is not diagnosed — because they saw an inhaler on Fair’s desk.

“I had my inhaler — I haven’t been diagnosed with asthma, my sister has asthma — but I only use it when I exercise,” Fair said. “It was sitting on my desk and the lady comes in my room and is like, ‘Oh does your housemate have asthma?’ She tried to make it seem like my issues were being caused by asthma or something like that. If I did have asthma, I shouldn’t be having attacks living in a fairly new apartment, like having flare-ups in the summertime. I don’t have allergies. So that felt like she was trying to gaslight us.”

College third-year Zoë Luh also says they have experienced illness from mold in buildings at the College, and suffered a broken rib from coughing after they were exposed to toxic mold last month. According to Luh, the presence of mold in a number of campus buildings also limited the events and socializing that they could partake in during their first year.

In its statement, the College explains that it takes mold seriously and is ready to take emergency action in hazardous situations. However, it does point out that there is limited research or regulation related to the health impacts of mold — something HB 251 seeks to remedy.

“Mold spores are ubiquitous in the indoor and outdoor environment,” the College’s statement read. “There are currently no set industry standards for mold spore exposure in the typical indoor office, classroom, or residential environment. The level of outdoor airborne spores fluctuates with temperature, humidity, wind, and is therefore highly variable. Indoor concentrations are affected by ventilation systems, personnel movement, door and window openings, spores in clothing and spores on delivered materials.”

After the July 2 Opinions piece they wrote in the Review, Luh was contacted by Brandon Chappo, a resident of Northeast Ohio and Federal Aviation Administration employee, to promote a bill to raise awareness about mold exposure.

Chappo was exposed to mold through his Heating, Ventilation, and Air Conditioning system, which was pulling moldy air up from his basement and circulating it throughout his house.

“I was living in an apartment complex on the west side of Cleveland in an old home that had been flipped,” he said. “After about a year living there, I started to get really severe health symptoms that continued to compile and confound myself and a number of doctors — head pressure, headaches, insomnia, fatigue, memory issues. I was having some cognitive issues that I hadn’t had before. I work at the [Federal Aviation Administration] so all of these symptoms were highly unusual for me — and alarming.”

Following his health challenges, Chappo was shocked to find little legislation about the health risks that mold can pose. Now, Chappo is working with Miller, his Amherst representative, in the hopes of promoting legislation and awareness to address this relatively unknown health issue.

Fair expressed disappointment in how the College handled their mold issues.

“The guy who responded to the work order was like, ‘Oh, it just looks like dirt,’” Fair said. “This is when he was looking at our vents in the living room. Then he comes into my room and he’s like, ‘Oh, uh, let me talk to my boss.’ I was just so frustrated and crying just because I didn’t want to feel sick anymore. I wasn’t trying to get anybody in trouble. I wasn’t trying to profit off of the school. … I was just so sad that I was missing so much class and honestly I was feeling really embarrassed because I was missing a lot of meetings, I was missing a lot of work, and I felt like people thought I was lying.”

Eventually, the College provided Fair with alternate housing in Burton Hall. Their symptoms abated within two days of moving out of the Goldsmith unit.

According to the College, current and ongoing infrastructural improvements will prevent any future mold issues.

“To help prevent an environment that would promote mold growth, the College has invested millions of dollars securing building envelopes and upgrading building systems,” the College’s statement read. “The College plans to continue this investment profile as buildings and systems continue to age. In addition the College has made many recent improvements to its Heat Ventilation and Air Conditioning (HVAC) systems through improved control systems, increased air movement, and installation of UV disinfection. All of these measures contribute to preventing mold from growing in our facilities.”

Still, Luh hopes that the bill will provide students with awareness about how serious mold exposure can be.

“I know that real change will take time, whether that’s legislative or in physical buildings,” Luh said. “I know the College can’t change it overnight, but I hope that Oberlin students and administration start taking this more seriously. … My hope is that, even though fixing the buildings will take years — it’ll take a lot of money and a lot of time — people can change their mindsets now. That doesn’t take a lot of time. All they have to do is listen.”