The Review Gets Fit With Kush Bulmer, Production Editor and Senior Staff Writer 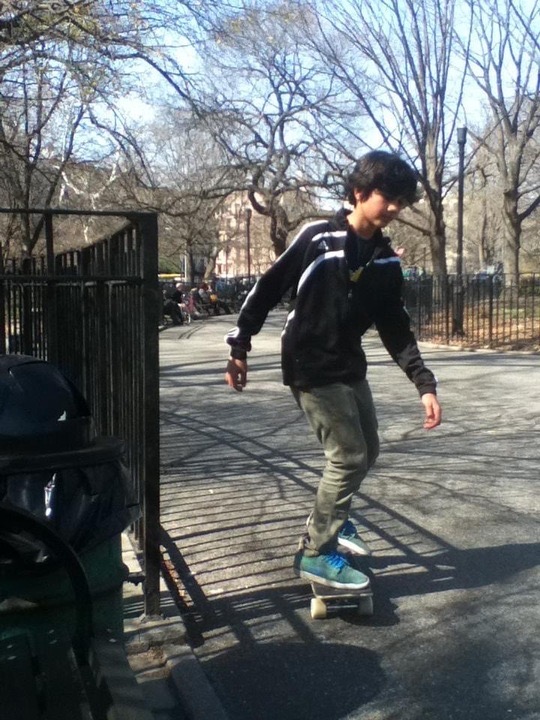 For many, the COVID-19 pandemic has led to a dip in both mental and physical health. The Review staff is ready to give you all the health, wellness, and fitness advice you’ll need to rebuild your own self-care practice. This week, we speak with skater, Production Editor, and Senior Staff Writer Kush Bulmer.

Disclaimer: We are not medical or fitness professionals. Most of us aren’t even Psychology majors. So, definitely take all advice with a grain of salt.

How important would you say health, wellness, and fitness are in your life?

I’d say that having a routine and being active is important to me. I skateboard a lot, in part for transportation but I also spend a lot of time learning how to do tricks. Twice a week I play club soccer and I love walking around town.

How did you get into skateboarding?

I started skateboarding when I was 13 years old. In middle school I had a couple of bad soccer coaches who were super competitive and mean to the team. I was benched a lot and didn’t end up making the high school team. I began skateboarding more often and I enjoyed the community of the sport.

What do you enjoy about skateboarding?

I love skateboarding because it’s an athletic and creative form of expression. I love the style. There’s so much variation in how people skate, what they want to skate, how they dress. Also, it’s not competitive — which is part of the reason I didn’t really watch Olympic skateboarding. The creativity and self-expression is impossible to score in my opinion, and it fuels an ultra-competitive view of the sport, which is kind of the opposite of its ethos. Skateboarding has given me a community of peers, who all were similarly obsessed with the culture of skateboarding, and who all bring their own creativity and spirits to it. And as skateboarding gets even more popular and inclusive, there will be an endless supply of new perspectives, which is so exciting.

It’s interesting to see how skateboarding has become super popular especially during COVID-19. I worked at a skate shop while I was home and there were times where there were no skateboards in the whole shop because we were all sold out, which was unusual. I think that it had to do in part with the Olympics popularizing skateboarding.

My big thing is doing things that make me feel grounded in the morning and throughout the day. Skateboarding allows me to forget about everything else for a bit and while I’m playing soccer, I’m only focused on chasing the ball. I think that anything that gives you concentrated focus is helpful.

What advice would you give to new skaters?

All you have to do is find a skateboard and be aware that you’ll probably fall the first time. But you should stick with it even if you fall because it pays off and you can learn so much. My friend and I are hopefully going to lead a skateboarding ExCo together in the fall. I’m excited to get people interested in starting a more solid skateboarding group. It’ll be nice to have an Oberlin skateboarding community even bigger than it is now.