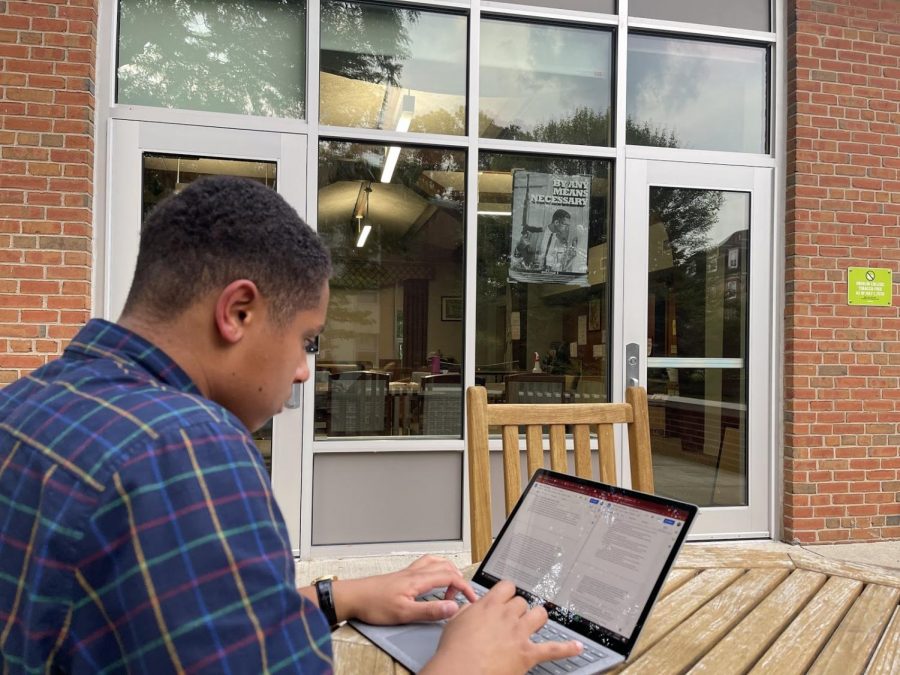 Amidst mounting renovations on South Campus, Afrikan Heritage House has been temporarily moved from its historical location in Lord House to Bailey House. The move has  resulted in awkward, uncomfortable, and sometimes harmful interactions between non-Black, usually white  students and staff and Black students, to the point where Black students are expected to justify their need for a safe space.

Upon our arrival to Bailey House, many students found the building to be astonishingly filthy. College third-year Qayyum Ogunsanya’s room bordered on gruesome.

“It was actually disrespectful in a way,” Ogunsanya said. “Like being gone all that time — excited to be back with the community — and to have that all go away as soon as I opened my door. I mean c’mon, eggs on the windowsill, Band-Aids on desks, garlic and mayo in bags, and no one cleaned? No one told me? I felt disrespected, for real. Which ain’t new for Oberlin, but, damn, they need to do better.”

When Ogunsanya went to the Office of Residential Education about this problem, they told him they had switched his room and forgotten to tell him. Yet, this room was not the only room with items left in it. Another room had a drawer full of books left behind, and a few others were reported to have food and trash in them. The fact that these items were left by the person who was in the room before, in addition to the space not being properly cleaned before we moved in, is disheartening.

Despite our sour first impression, living in Bailey House has been very fun so far. The lounge has AC, so lots of people spend their time there. There is a ping-pong table, a nice TV, and a wonderful table that residents utilize for doing homework and eating. We added some artwork to the lounge and around the house that reminded us of Lord House so we would feel more at home. That has been a nice touch to the space.

Another factor students have been aware of is that Bailey House normally serves as French program housing, and it is not lost on residents living there this summer that the French have a complicated relationship with the global Black community. They participated in the transatlantic slave trade and colonized several countries in Africa. Although political independence has been achieved in most of these places, the French still maintain various levels of economic and political control over these countries, and in some instances, continue to benefit from the exploitation of these colonized peoples. Colonialism is not a thing of the past, and it is now our responsibility to reckon with our place in this space.

The fact that we were able to have A-House and continue to build community this summer has been a huge blessing with its own unique trials. Black students continue to fight for the better treatment of all students on this campus, and we deserve to live together in peace while feeling protected and cared for. It has been a new experience living on North Campus, and it is nice to gain a new perspective of campus life. All we ask is that our space — no matter where it physically resides on campus — is respected along with all of us who live there.