The Revolution That We Want: Students Balance Mutual Aid Efforts at Oberlin 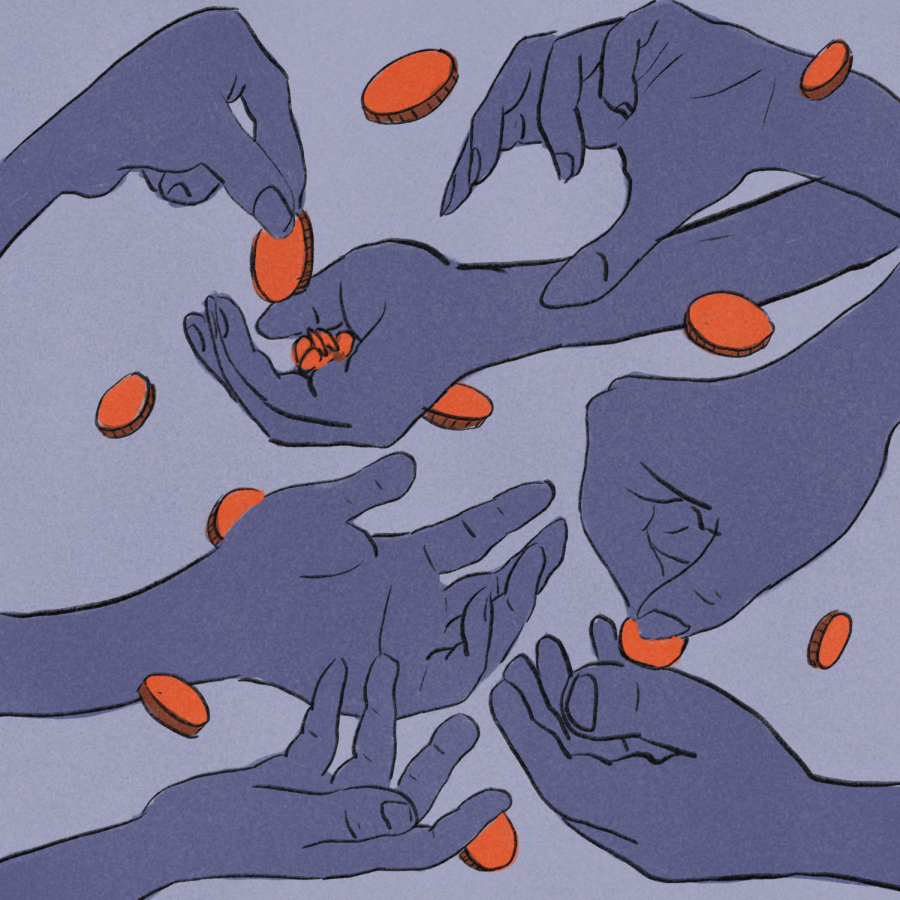 Over the past year, mutual aid, once considered a radical practice, suddenly entered into the mainstream conversation around racial equity and reparations. Mutual aid systems involve people working together to meet the needs of the broader community. Distinct from charity, which involves relying on philanthropists or the government, the goal of mutual aid is to build shared and reciprocal networks among neighbors and strangers. With a pandemic that created the most unequal recession in recent history, a summer of protests addressing systemic racism, and health crises that caused a rise in healthcare-related debt, the need for mutual aid became blatantly apparent.

“I think [we are] recognizing that the system was never designed for the things that certain populations need,” said Associate Professor of Africana Studies Charles Peterson. “The system was never designed to embrace and provide a fully vested citizenship for African Americans. The need for mutual aid is because the issues mutual aid addresses were never meant to be addressed by the society.”

But mutual aid is not a new concept; for generations, Black activists have built on the practice. At Oberlin multiple mutual aid efforts, the first being the Coronavirus Oberlin Mutual Aid fund, popped up in the past year.

“Mutual aid has been happening for a really long time within the Black community,” said a representative of the COMA fund. “We do what has to be done to help our communities, going back to the Black Panther party. We are just doing what our ancestors and what the activists before us have taught us is necessary.”

When COMA first launched on June 30, 2020, they received over $10,000 within the first 24 hours. The fund hit its $30,000 target in less than three weeks, so they made a new goal of $60,000. Using these funds, COMA has aided hundreds of students during the 2020–21 school year. All students’ applications are considered anonymously, and the representatives of COMA are anonymous as well.

“People were really mad that we decided to stay anonymous, but we felt that, you know, that was our right,” the COMA representative said, “We didn’t want to have people coming up to us personally, and we also felt that it would help us eliminate bias in our own distribution of the money.”

While COMA works to support students only, another mutual aid organization, the Oberlin People’s Assembly, has dedicated itself to supporting community members.

College first-year Vera Grace Menafee first had the idea for the organization on election night 2020.

“We really felt that no matter what the outcome was, frontline communities, Black communities, Indigenous communities, low-income and working class families, were still going to be at risk,” Menafee said. “So we were really trying to make things accessible, and we’re trying to meet the needs of people in the community.”

For Menafee, President Joe Biden’s victory would not bring a solution to the inequities that she saw — both across the country and at home in Oberlin. After President Biden took office, there was still a pandemic that disproportionately affected Black Americans. There were still tens of thousands of families without enough disposable income to weather a car breaking down or an emergency trip to the hospital.

In response, Menafee and her co-organizer started the Oberlin People’s Assembly, a mutual aid organization dedicated to community self-defense and mutual support.

“We’re giving people in the community a platform to be able to request things without having to necessarily reveal their identities,” Menafee said. “Usually, most mutual aid stuff on Instagram, you’ll see someone’s face and name and their CashApp and like really specific things, but that’s all handled through us as the organizers and through our members.”

For both the Oberlin People’s Assembly and COMA, having Black, Indigenous, and other people of color at the forefront is a central part of the organizations.

“We’re all BIPOC, and a lot of us are either first-gen or low-income or both,” said the COMA representative. “We know from experience that Oberlin doesn’t always do the best job of making us feel included or taking care of our needs. It was really hard for a lot of us to be sent home so quickly, having to up and leave and purchase tickets — everything was so expensive. … We saw that this is a need that Oberlin is not meeting. If the school’s not going to do it, then somebody has to.”

In many ways, students hold a unique role that allows them to see the needs of themselves and their peers.

“Students’ ability to recognize the needs of their community and then to begin to strategize and organize ways to meet those needs — it’s necessary,” Peterson said. “It’s probably always been there in some form. I think about the structures of support that existed among African-American students, or within Black students, back in the ’60s and ’70s, before you had a much more robust student-affairs approach to the needs of that community.”

For Menafee, Oberlin’s student population also impacts the way she sees mutual aid efforts on campus, especially at a school where 70 percent of students come from families in the top 20 percent, according to a report from The New York Times.

“I think that there’s always more wealth redistribution that can be done,” Menafee said. “Especially for wealthier white students on campus to tap into their financial funds and their generational wealth. I think it’s really important for it not to just be BIPOC and low-income students on campus. Of course, we want to be the ones leading a lot of the efforts and our voices being a part of the conversation, but it also becomes a burden if we’re the only ones who are expected to be financially supporting people in the community when we’re also financially struggling.”

For organizers at COMA, mutual aid efforts will always be inherently tied to racial justice and Black activism.

Still, running a mutual aid organization on top of being a full-time student is a lot to balance. Some organizers find it frustrating that so much of the work falls on students from marginalized communities. But for Menafee, mutual aid is necessary and worth it.

“I do want to emphasize the effort; it’s no small feat,” Menafee said. “I don’t want to say that to scare off people who would be interested in doing this work, but I say that to be realistic. I feel like that is something that has to be reckoned with in terms of how much we need to put into these efforts if we’re going to get the revolution that we want.”