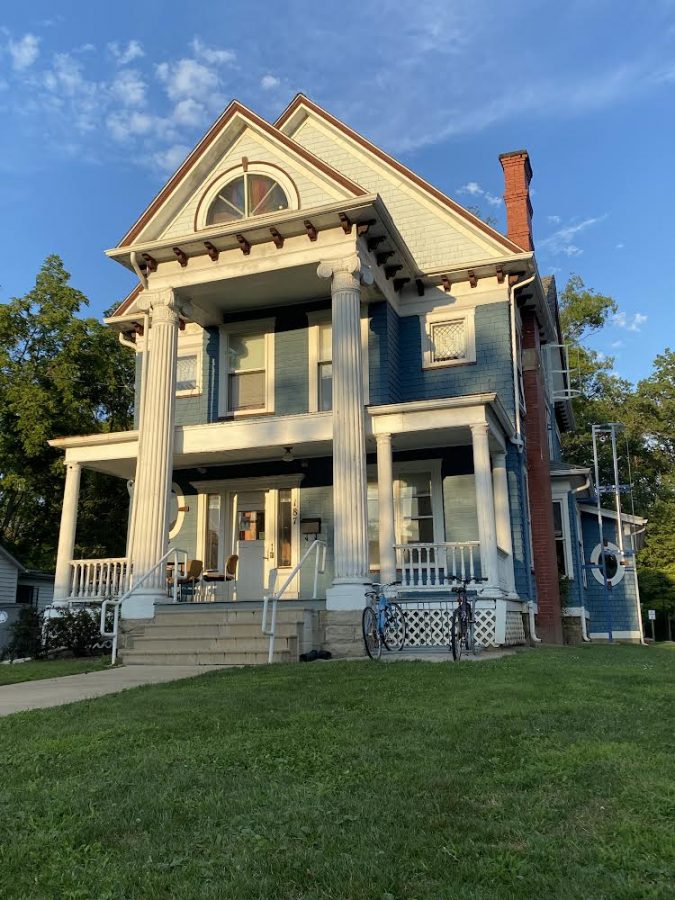 Residential Education is currently preparing for fall move-in, when the College will welcome one of the largest incoming first-year classes in recent history.

While ResEd typically only grants off-campus status to certain fourth-years, this year ResEd asked students with more than four semesters in residence who applied to live on campus to consider joining the off-campus housing waitlist for the 2021–22 academic year — despite the fact that the off-campus lottery closed on July 2. In its Tuesday email, ResEd cited a greater number of on-campus housing applicants than expected as the reason they were requesting for more students to seek off-campus housing.

After weeks of delays in the release of housing assignments for the next academic year, some students say they are left with a sense of frustration and uncertainty. According to Assistant Director for Housing Administration Kristopher Caccamise, students will receive housing assignments no later than early next week.

“We appreciate everyone’s patience as we work through an unprecedented move-in process,” he wrote in an email to the Review. “We are in the process of determining housing for the largest number of students we have ever had on campus. In addition, we are incorporating a number of complicating factors, including our first-ever summer semester involving hundreds of students, athletes coming into campus, and the uncertainty of [COVID-19]. But we do plan on releasing the housing assignments no later than early next week.”

According to an email from ResEd on Wednesday, the College will not be providing storage options for students currently on campus this summer and who are enrolled for the fall semester.

“Oberlin College is not able to offer a ‘storage-only option’ for summer students’ possessions,” the email read. “There are storage facilities in the community and a student will need to make arrangements directly with the storage company.”

The lack of College storage and the unclear communication about whether students will have to move out of their current residences comes as on-campus students prepare for reading period and as the end of the summer semester approaches.

“One of my housemates is leaving next Wednesday,” College third-year Fiona Warnick said. “Will he need to find storage for his things? I don’t know. We’re hoping to stay, and we’re hoping we won’t have to move our things out. So probably, he won’t find storage and then we’ll have to deal with his things if something does come out that we do have to [find storage]. It feels like I shouldn’t have to worry about this on top of my finals right now.”

College third-year Xinyue Zhong visited ResEd in person in early July in order to plan her summer travel arrangements, asking when housing assignments would be released and whether they would have to arrange for storage separately from the College. Zhong says that ResEd could give her no information on housing assignments, but they assured her that if she was reassigned to the same Village Housing Unit she had occupied this summer, she would be able to leave her belongings in the house and access her room if she applied to stay through September.

Zhong returned to ResEd on Aug. 12 to inquire about housing assignments, after the extended Aug. 9 release date had passed with no comment from the department.

“I went in to ask about housing assignments which should’ve been out that week but we haven’t gotten any email,” Zhong wrote in a statement to the Review. “They said it should be out that Friday. I asked again whether I needed storage for the summer, they repeated the same thing. And they told me to wait for the email which would include everything. Apparently the email came to us yesterday, and while they told us that we needed to vacate our room — even in Village Housing, and it’s already too late to find [a] storage unit around — we still don’t know our housing assignments next semester.”

With the end of the semester just two weeks away, some students are so anxious to learn their housing assignments that they’ve resulted in attempting to view them through what seems to be a technological glitch: by viewing their “updated address” on the Student Health Portal. However, Caccamise says that these assignments are not final and that the information currently available through the Student Health Portal is subject to change.

Many third-years living on campus this summer who hoped to avoid an additional move this fall found that, despite living six semesters in residence, their housing listed on the Student Health Portal had changed.

“I [checked the portal] and there was a new address, which was a house that is not the house I’m living in right now,” Warnick said. “It’s a perfectly nice house — I don’t have an issue with the house and … I was kind of feeling like, ‘Okay, well I’m lucky to have a house, so maybe I shouldn’t even be complaining.’ But I also sort of knew … the people living in the house were choosing to move out from that house. So me and my housemates were kind of like, ‘What is stopping ResEd from just taking the people they were going to put into our house, and putting them into this house that they were going to make us move into. That just seems more efficient and it would make sense for everybody.’”

Warnick also emphasized that — particularly for third-years who are spending four consecutive semesters on campus — moving multiple times contributes to a lack of stability and general stress.

“I don’t want to move,” Warnick said. “I feel like if they’re going to make us — with COVID-19 — spend four consecutive semesters on campus, the least they could give us is a sense of stability. If we’re going to be here for so long, I’d like to feel like this is a home, not that I’m being shuttled around all the time.”

The housing delays also come as the College welcomes over 900 first-years — roughly 100 students more than the projected number. However, Caccamise assured the Review that ResEd has had no trouble completing housing assignments for the incoming first-years.

“The Facilities team is meeting regularly with ResEd to plan and execute between semesters to the best of our abilities,” Callow said. “We have never done this kind of turnaround, and there are unique challenges involved for the entire campus. We appreciate everyone’s cooperation and extra effort as we work together to prepare student housing for the academic year.”

If students have questions about the housing process, they can contact ResEd at [email protected].