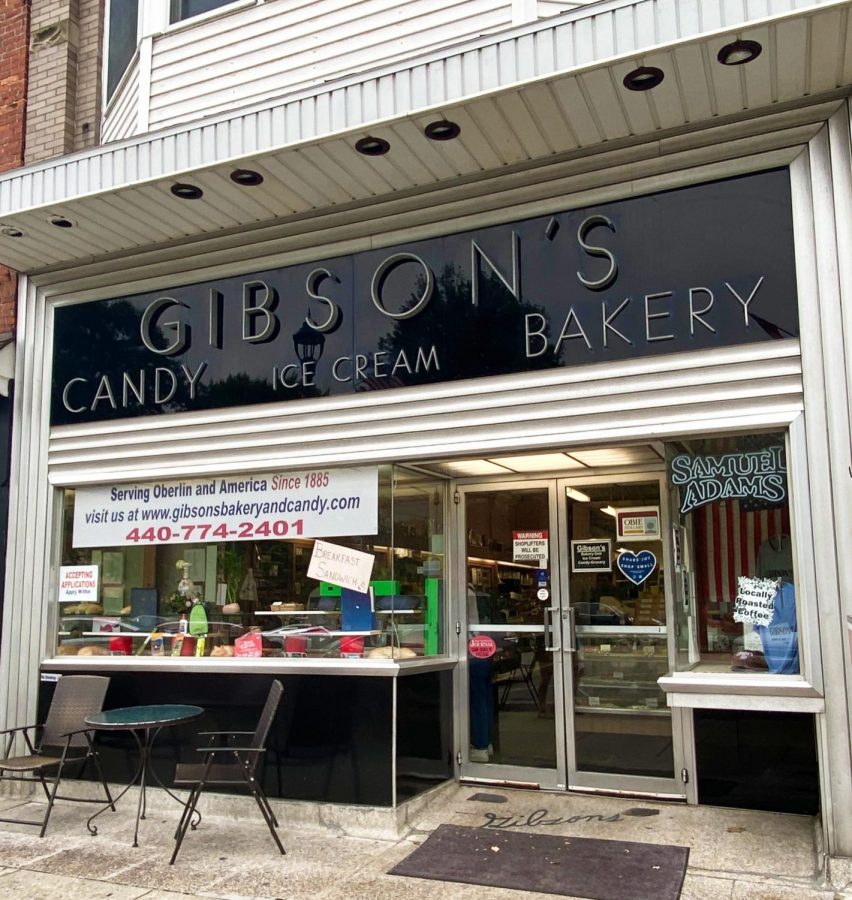 Four years ago, Gibson’s Bakery sued the College for defamation after College employees were allegedly seen distributing fliers at a student protest of the business. Last week, on Sept. 30, Judge John R. Miraldi from the Lorain County Court Of Common Pleas unsealed additional evidence in the case. The evidence is called “Exhibit G” and consists of Facebook records made by Allyn Gibson Jr. over a period of five years.

Some of the Facebook posts, which were all written between 2012 and 2017, express Allyn Jr.’s opinions toward Black people. In one post from 2016, Allyn Jr. wrote, “Not my fault most black ppl around my area suck.” In another post, he expressed his frustration over conversations about race.

“I wasn’t racist ever … but this **** and the way people treat me now because I am “white” is racist and is making me racist,” Allyn Jr. wrote. “I don’t owe a damn person a damn thing. If these lazy ***** want to start working then they could earn their own money. That’s what my family does for money… work.”

The evidence was unsealed after multiple attempts to bring the Facebook posts into the public record. First, in September 2019, the College’s attorneys petitioned Miraldi to unseal the posts and Miraldi denied the request. Later, in April 2020, several media organizations including Advance Ohio — owner of The Plain Dealer and Cleveland.com — and News 5 Cleveland requested that the evidence be publicly released, which Miraldi again denied. Finally, in July, the media organizations submitted a writ of mandamus to the Ohio Supreme Court to force Judge Miraldi to release the Facebook posts. Before the Ohio Supreme Court made a decision, Miraldi decided to unseal them.

Legal Director of the Reporters Committee for Freedom of the Press Katie Townsend, who represented News 5 in its requests to unseal the posts, explained that the news outlets were motivated by the journalistic value of open information.

“Our one goal was to maximize transparency and make sure the public had a full picture of what transpired here,” Townsend told News 5. “I think it provides additional context and understanding about the allegations made on both sides about the incidents that took place and the protests that are the reason this lawsuit was filed.”

According to University of California, Los Angeles Professor of Law Eugene Volokh, evidence often gets sealed when it relates to non-parties. Allyn Jr. was not a party in the case and did not testify.

“Generally speaking, most things have to be put … in the public record, but some things that are seen as both relatively private and not central to the case — and especially if they relate to non-parties — can end up being sealed,” Volokh said.

The quest to unseal the documents is one small part of a much broader story. In November 2016, Oberlin students protested and boycotted the bakery after an altercation that occurred between Allyn Jr. and three Black students. A year later, in November 2017, the Gibsons filed a lawsuit against the College and former Dean of Students Meredith Raimondo, arguing that the claims of racism were libelous and that the College supported students in both circulating these claims and in their protests. In June 2019, a jury found the College responsible for defaming the Gibsons; and initially awarded the Gibsons $44 million in damages, later capped at $25 million due to state laws. In October 2019, the College appealed the case to the Ohio Ninth District Court of Appeals, where the appeal is ongoing.

While the newly unsealed Exhibit G will likely not play a major role in further legal proceedings, evidence of a similar type might. In the original suit, the College wanted to bring witnesses who would testify about interactions they had with Gibson’s Bakery. However, the court excluded certain types of evidence from the trial. The College cites this in the appellate brief as one of the reasons the case should be appealed.

The College believes that evidence of this type should have been allowed at trial. Gibson’s Bakery is suing Oberlin for libel, which is characterized as a demonstrably false statement that is damaging to a reputation. The College argues it cannot be guilty of libel unless the statements can be proven false. As such, the College’s legal team wanted to bring evidence that the Gibsons could not prove falsity because conflicting evidence and conflicting opinions existed.

In an Oct. 1 email to the Oberlin community, President Carmen Twillie Ambar wrote that while she could not comment on the specifics of the case, she understood the effects of the ongoing public discourse about the case on students and the community.

“To be sure, the issues raised by the case have been challenging, not only for the parties involved, but for the entire Oberlin community,” President Ambar wrote. “Over the past few years, we have worked to broaden our commitment to addressing racial disparity, wherever it resides.”

The case is still going through the appeals process. Oral arguments were made in November 2020, and a panel of three judges in the Ohio Ninth District Court of Appeals are in the process of making a decision on the appeal.

The College, News 5 Cleveland’s lawyers, and the Reporters Committee for Freedom of the Press declined to comment on this story. The Gibsons’ lawyers did not respond to requests to comment.