Off the Cuff with Aniella Day, Abortion Doula 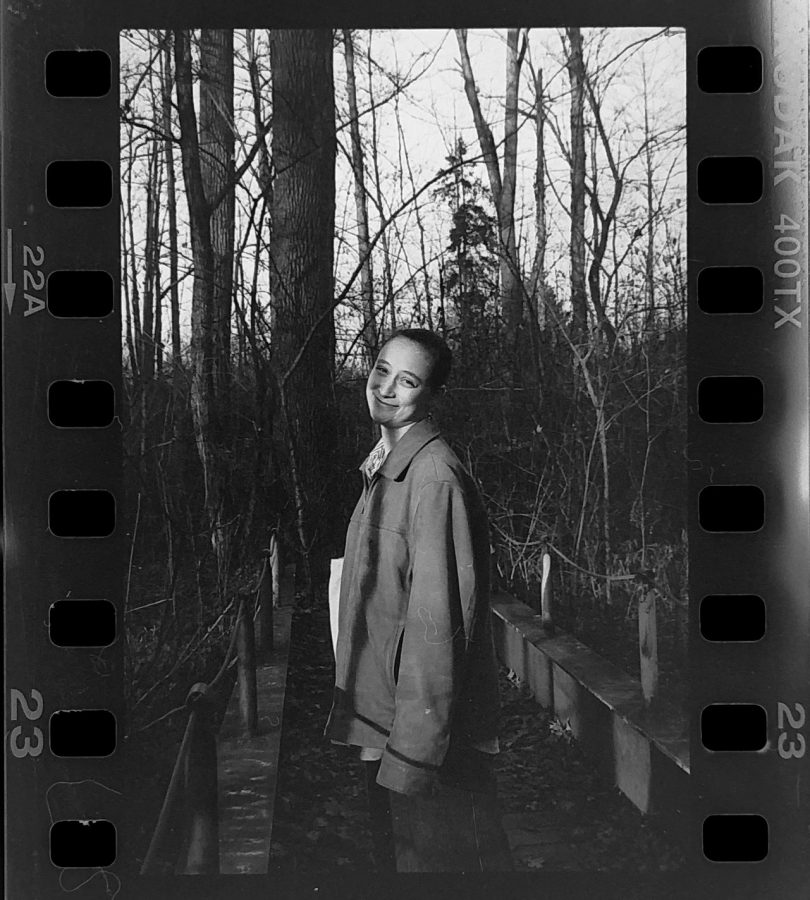 College fourth-year Aniella Day is part of the Leadership Circle of the Oberlin Doula Collective. The Collective started in 2017 as a volunteer organization where students support people receiving abortions. While much of the group’s work has been on pause for the last year due to COVID-19, members are hoping to transition some of their work to virtual platforms in order to continue to be a resource to people in Northeast Ohio. We sat down with Day to discuss her work with the Collective and her thoughts on recent political events related to abortion. Last month, the Texas Legislature passed a controversial bill that banned abortion after six weeks. On Wednesday, a federal judge blocked enforcement of this new law after the Justice Department made an emergency request to stop the law. Additionally, this term the Supreme Court will hear a case related to a 2018 Mississippi abortion ban after 15 weeks. Oberlin Doula Collective is not affiliated with Oberlin College and is an independent organization.

Could you start with a description of what the abortion doulas do on campus and how you got involved?

The Oberlin Doula Collective was started by a person named Elana Rosenberg, [OC ’19]. She taught my SexCo class. During SexCo, she was like, “Oh, everybody should take this training that we’re offering for abortion doulas.” And I had no idea what an abortion doula was, and most people don’t know what it is when I first talk about it. At the training, it seemed to make a lot of sense that one might want to have a doula [before, during, or after the procedure], a non-medical support person. They are a person who doesn’t know or is not trained to do the medical procedure that they’re a part of. So you could be a birth doula, you could be a death doula, you could be an abortion doula. Having somebody in the room with you who’s your advocate can be a really powerful thing. Our organization has been in limbo for the last three or four years because of a lot of things — because of COVID-19, because of the College administration, and because of the fact that we don’t get paid for any of this work and it’s purely volunteer-based.

What does being a doula look like for you right now during COVID-19? Are you supporting people who are getting abortions or has that been on hold for the last year and a half ?

We had a partnership with a nearby Planned Parenthood, and then COVID-19 happened. We’ve really never had people in clinics, and that’s what we’re trying to start now. We’re also working on some virtual support options. We have found these really wonderful people at a clinic in Cleveland called Preterm, and they’re being so nice and so supportive. It’s helpful for us to not only work with them but to work with other clinics in the area. Hopefully, by the end of October, we’ll have some sort of training on virtual doula support and we’ll have a phone number up in the clinics that people can use as a text line or a call line.

Could you speak about your reactions to Texas’ six-week abortion ban? Do you see this type of legislation coming to Ohio?

I can’t say that I’m an expert on abortion laws. In Ohio, we have a relationship with a doctor-lawyer person who knows a lot about it, and they have given talks for our doulas before. From what I understand, it is still legal and accessible in Ohio to get an abortion. For most people, there are limits because of age; there are limits because of financial status — socioeconomic status. There are definitely limits to how comfortable doctors can make people feel in terms of their gender identity and expression. So that’s always a barrier for any sort of reproductive justice-related healthcare.

I feel like [abortion bans are] terrifying, but it’s coming and we have to be ready to stand up for what we want. I know a lot of people in this world who are very pro-choice and very active in that belief, but there aren’t a lot of people who are actually willing to do that much about it.

What are some challenges your organization has faced?

I would just say that Oberlin College has rejected us from being a student organization once and has now basically censored our ExCo from allowing us to train doulas. We’re only allowed to teach what a doula is and general stuff about reproductive justice, which is fine, because that’s part of our training. But we aren’t allowed to then say — after that ExCo — they are allowed to be doulas with us. We have to have that separate from the ExCo. So there’s something happening within the bureaucracy of Oberlin that will not allow us to say that we are providing care for people who are getting abortions. I don’t know what that is. It’s a problem. It’s not okay with me. Other members of the leadership circle have felt harassed and scared from the emails that they’ve received from administrators: “You can’t be saying this online.” There are a lot of clubs on this campus that get so much funding and so much support, and they just flat-out rejected us. We are in the beginning of the very long process of hopefully — one day — becoming a full-fledged, non-profit organization.